How to Merge multiple artists into 1?

I hoping this is possible but can’t figure out how. Roon has split the exact same artist into 2 which makes it impossible to look at their complete discography at once. See attached jpegs. 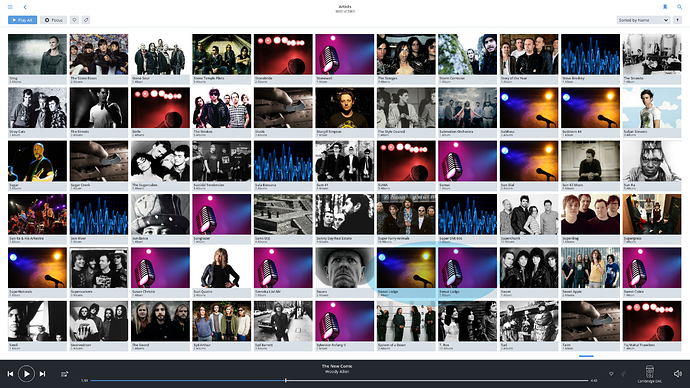 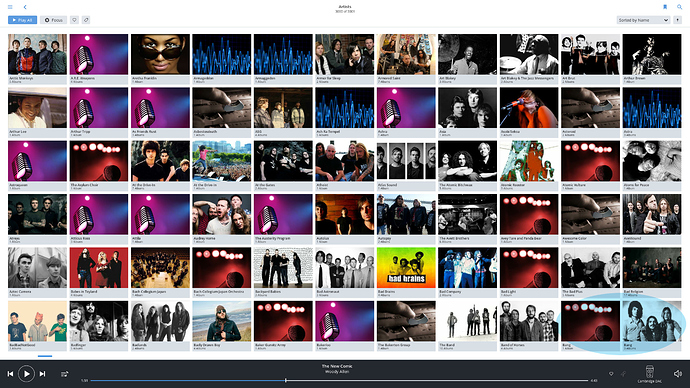 Have the same problem with 91 Suite who have released 2 albums. Roon currently shows them as two albums by two different bands with the same name

@brian, is there currently a way for a user to merge multiple artists?

Yes I have the same problem as well. Hope this gets fixed soon, I think its a known issue.

I don’t think it’s possible right now. I’m presuming that this will be possible when Roon is updated soon with full metadata editing capabilities.

The issue has indeed been discussed elsewhere:

Hello, I’m having issues with how artists are being grouped. For example I have the artist (いきものがかり) Ikimono-gakari which I have tagged to have the album artist in romaji and the artist in Japanese. Roon is splitting and creating two artists one with the Japanese name and one in romaji with different albums presented in each [image] [image] . There is some overlap in the albums displayed but there are also some albums that show up under one field but not the other. I have edited the “performe…

Is this fixable with 1.3? Thought it was but cant figure out how.

Yup – it is: select multiple artists in Artists view (duh! ;-)) and a ‘Merge artists’ button will appear top right: 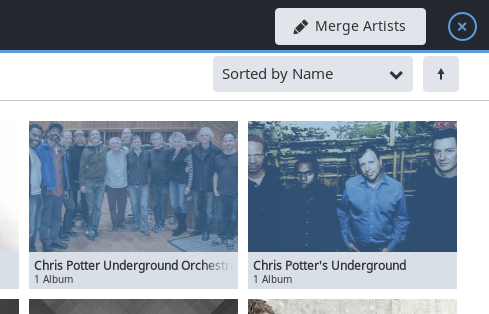 The merge feature is not working for me. Does it work for anyone else?

I right clicked the two Taimane Artists listings below. Then, clicked Merge Artists. Finally, I selected a Primary Artist. And I’m left in the same place I started. Albums by the exact same artist, Taimane, grouped under two artist listings. I already edited the Artist name fields so that they match. I’ve hit a dead end.

Merge Screen. I selected the top artist listing as the Primary Artist 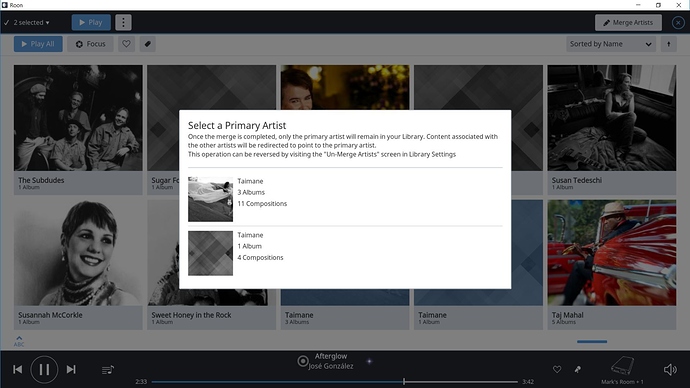 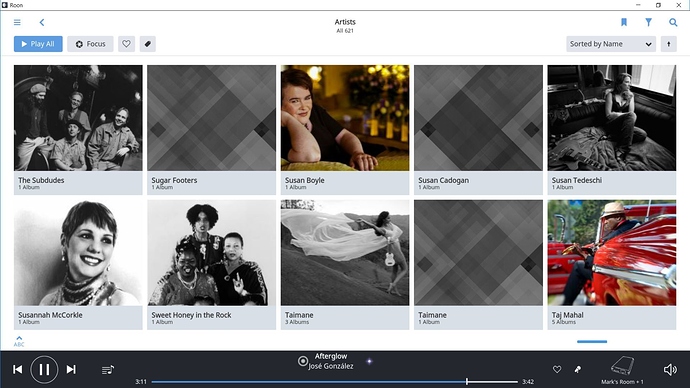 @support I have 2 Gary Clarke Jr artists and can’t merge them. Merge function does nothing. 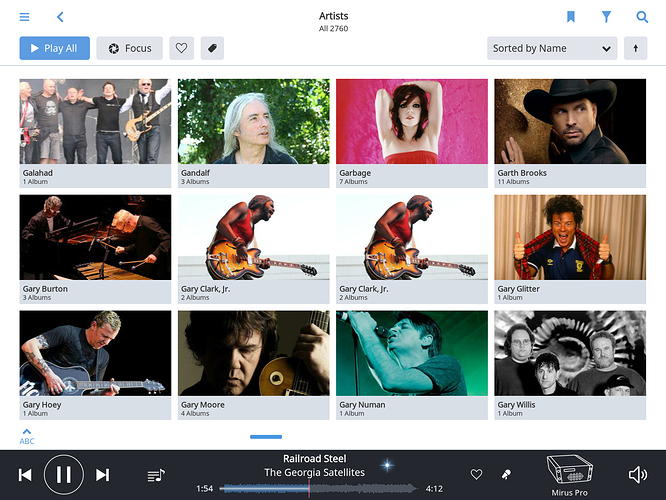 Have you tried reassigning the album artists on an album level?

There seems to be a bigger issue with Mr Clark.

@support Ok it seems that Gary Clark, Jr. is major messed up. You can see that searching for Gary Clark return the following. 1 Gary Clark, Jr. Artist and 4 primary albums. [image] Artists show 2 Gary Clark, Jr. artists which can’t be merged. [image] Worst of all both the artists only show 2 albums, when there should be 3 along with an EP. [image]

I’m still getting the hang of Roon but what has worked for me is pull up the artist view were you can see all the Guy Clark “instances”. You right click one and then right click on all the rest and up in the right corner will be a merge artist button. You click that and you can combined them all under one artist.

There seems to be a bigger issue with Mr Clark.

You right click one and then right click on all the rest and up in the right corner will be a merge artist button. You click that and you can combined them all under one artist.

Pure coincidence, but I just discovered in my library multiple instances of artist duplication – exactly as DrTone described above. Each respective duplicate indicates a different number of albums but directs to the same artist page with an incomplete roster of albums. None of the duplicates can be merged.

A full or at least partial solution I found through trial and error was to select one or all albums under an affected artist, then instruct Roon to re-identify those albums. In most cases, Roon would spin for a few moments, re-populate all of the correct albums on the artist page, and remove the duplicate artist

3 posts were split to a new topic: What is the difference between Identify and Re-Identify?