How to merge two versions of the same album?

First you decide which version of each track you want to keep.
Obvious choice if one track is unavailable but otherwise usually the better version.
Right now it’s not very user friendly and it’s easy to get confused.

I have different versions and Input the data in the Version field if I wish to make it obvious.

Thank you for your reply but I think you are talking about something different.

I see you want to merge different tracks from two, or more, versions of the same album to create your own third album version?

I would just create a playlist and save it.

A playlist can contain anything and is often just a collection of tracks compared to an album.

If a greatest hits album is no longer provided by TIDAL you would use a playlist to replicate it as you can’t steal the tracks from the original albums as they will become broken.

In this case I really want to create a new album version out of multiple albums.
My need is driven by missing tracks on Master albums.
Missing tracks or albums at HIFI quality makes me go out and buy some CDs.

I would say an album is a themed playlist from one artist. A lot of re releases add to this playlist with out takes etc. You can create Albums as I have done. 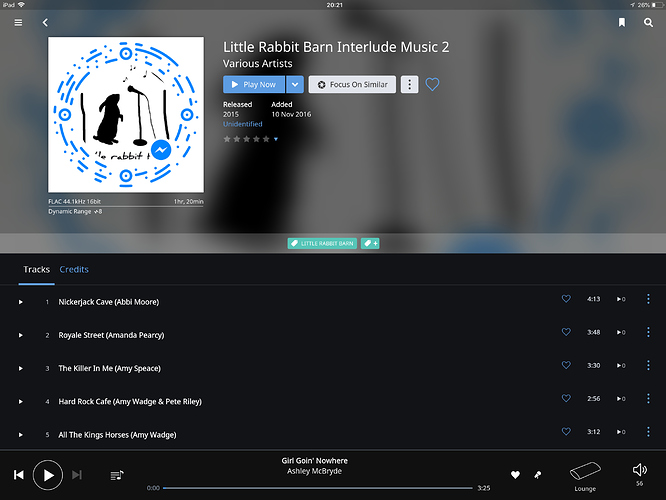 It gets more complicated if you merge two TIDAL albums or TIDAL with a local album.

Most difficult is creating duplicates of a single TIDAL track for use elsewhere, I have not figured out how to do this yet

@support Is there a way of working with TIDAL tracks in this way less messy?