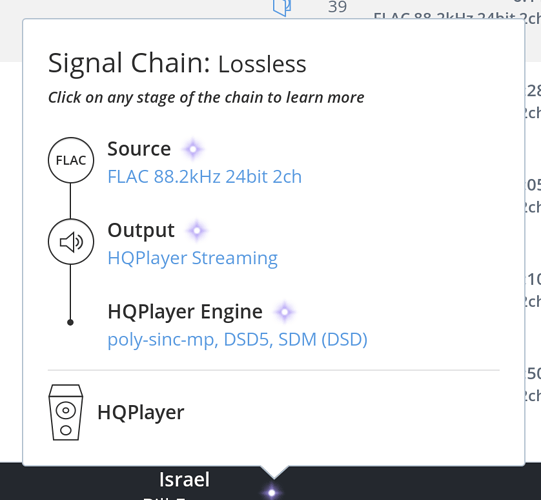 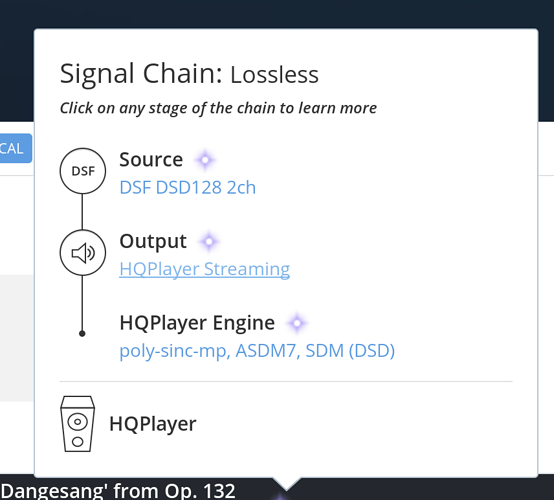 I’ve posted a feature request on the CA thread where Jussi (Miska) participates for a DSP style version of HQP that would enable Roon to handle output as well as input. Hopefully he might see it and respond.

I would encourage anyone else who would like to have HQP capability but with full Roon I/O to support it.

Edit: Jussi has responded and notes that distribution can be managed within HQP and that a DSP style release might adversely affect SQ.

As I posted before, if anyone is interested, I can offer a good price for HQPlayer purchase, better than buying online on your own.

Thanks @danny2, I eventually found it, I was looking for a dmg installer initially, but it is just an executable. It’s rather a crude way to have NAA running, you have to keep the executable window open all the time if you want it available. Not a great big deal, but with headless computers you will also wonder if it is indeed running, or not. I suppose the sensible thing is to have it start up automatically, if the computer reboots (after a software update for example).

Yeah, just leave it running from startup - it’s a small little program and you won’t notice it.

I’m very encouraged by the screenshots and progress report regarding Roon/HQP integration.

The fact that Roon can display current parameters from HQP such as the upsampling algorithms and whether HQP’s output is DSD or PCM suggests that there is two way communication between the two applications. Under the “HQPlayer Engine” heading, would it also be possible to display the (up)sampling rate HQP is set to - such as DSD128 or PCM 176.4 kHz?

That’s only significant (IMO) parameter that’s missing. If Roon would display that, I would rarely, if ever, have to open HQP directly after the initial setup.

Maybe my question earlier has gone under, so I repeat it here.

What are the safe minimum specs a (Win8.1 or Win10) PC should have, when I want to run it headless with RoonServer and HQ-Player doing on-the-fly upconverting of all source-material (PCM and lower DSD) to DSD256?

Thank you in advance for your appreciated input.