I’ve recently added HQPlayer to my set up (H190+ KEF R3).
While I couldn’t be happier about noticable sound improvement, one thing doesn’t let me go.
Tidal started sound way better than my offline files, stored on Roon Core (mac mini i7 in my case).
I mean, I’ve compared the same versions of the same albums and even songs – and every Tidal’s version sound brighter, a bit louder and has more brightness in the texture, though from a technical standpoint it doesn’t make any sense to me.

Did I do something wrong with HQ filters? And If I did, how can I make my offline files same as good as Tidal does. Screenshots attached. 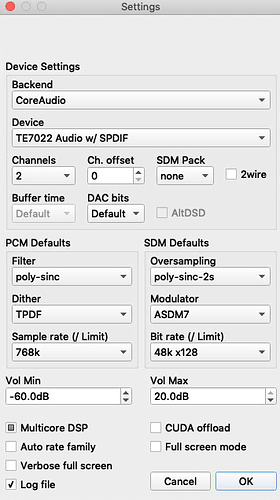 Are you sure they are the exact same version from the same master?

The only thing which comes to my mind is noise, but it’s the path from the same machine… 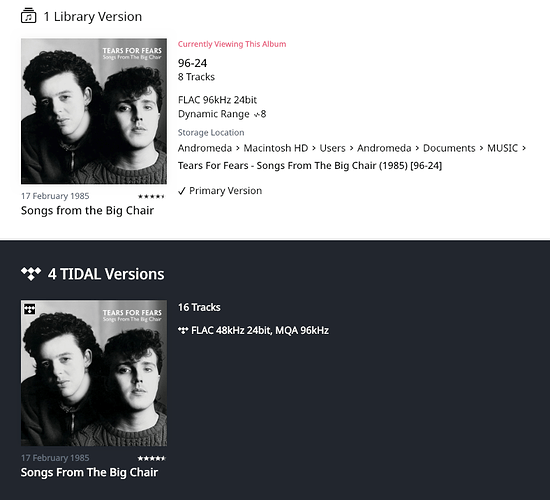 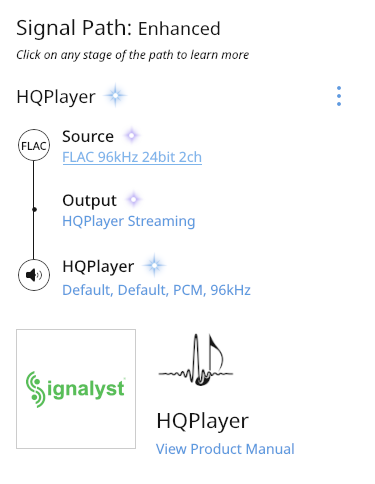 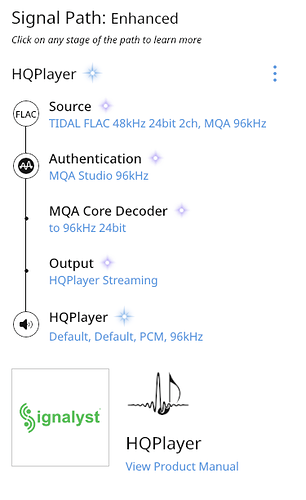 Are they both MQA being fully decoded and rendered? I don’t know how HQP works.

No, only Tidal’s version is MQA. Offline version is FLAC.
But both MQA and HiFI version from Tidal sounds better than offline

Different Masters. If you really like that album, then the best version is the 2014 Steve Wilson remix.

The mqa passed through hqp will sound different than your flac master due to the mqa unfolding. Try a non mqa to compare.

MQA has done different processing on the master and Roon unfolds it to 96/24 bit file to pass to HQP so you would expect a MQA file to sound different even if came from the same master as a CD. MQA is not really the same as a local ripped CD, try and compare a non-MQA version of the album from Tidal with your local files.

Yeah, you turned out to be right- different source material.
Seems to be 10% quality improvement from HQP gave my ears enough difference so now I can distinct it.
I found out that and found out as well that I don’t like SW’s version, cause the offline version I have is his from 2014 mix.
Turns out, Dave Bascombe did a better job, IMO.