I just had to look up my own production credit

…and wish I hadn’t. What a joke. Despite checking on more than a dozen albums where my credit as a photographer is listed, all linking back to my bio page, none show up in my discography, or recs, and instead I get these. Yes, there is a horn player by the name of Charles Peterson, and a jazz photographer from the 30’s 40’s by the same name with a bio (no idea if the two are the same person?) but this is silly.

) and is also becomes a joke in laptop/desktop view (shrink it to phone or tablet size in portrait and his face does show up. My own personal favorite photo I took of him so I guess somewhat flattered they are using it.

I know I’m a margin case, and probably thousands more like me, but pretty silly that at least the albums I’m credited on (and some credits are missing from some albums, which is no fault of Roon’s) would show up under my bio. Perhaps they need a difference spelled out in the algorithm for production credit vs appearance as player credit. 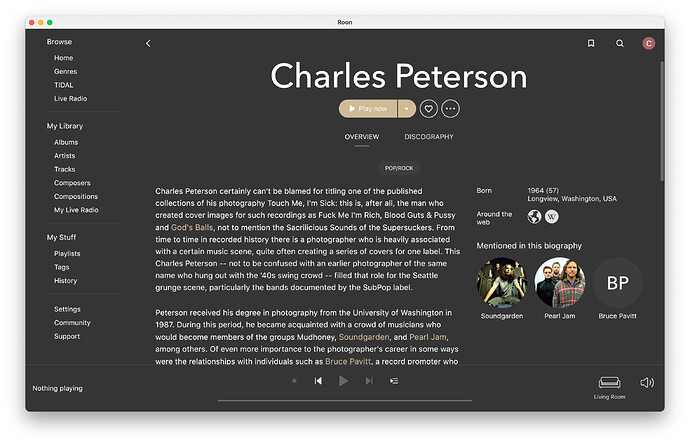 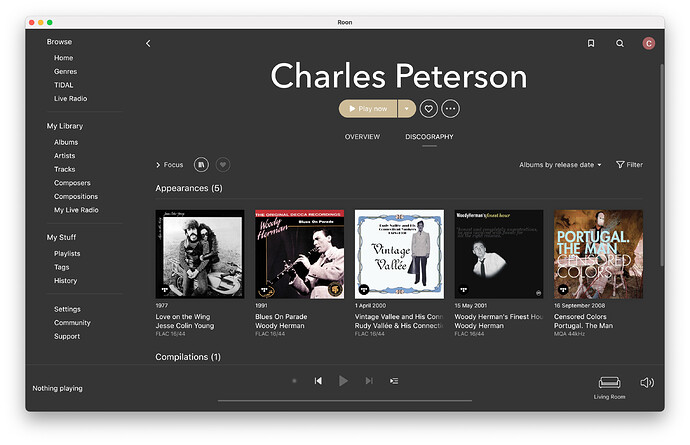 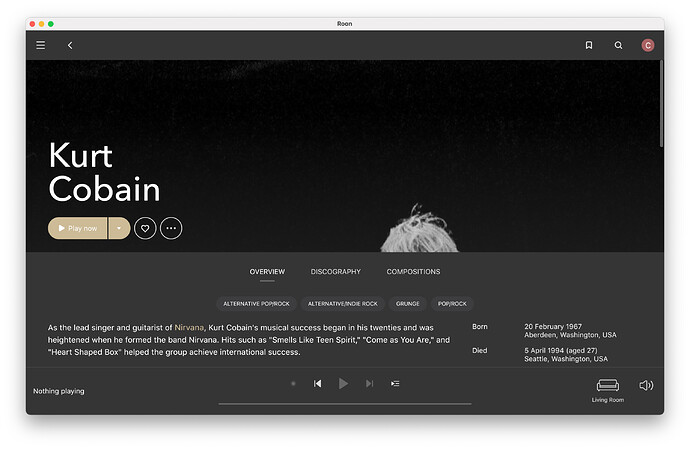