I never thought I'd get to hear Liszt play 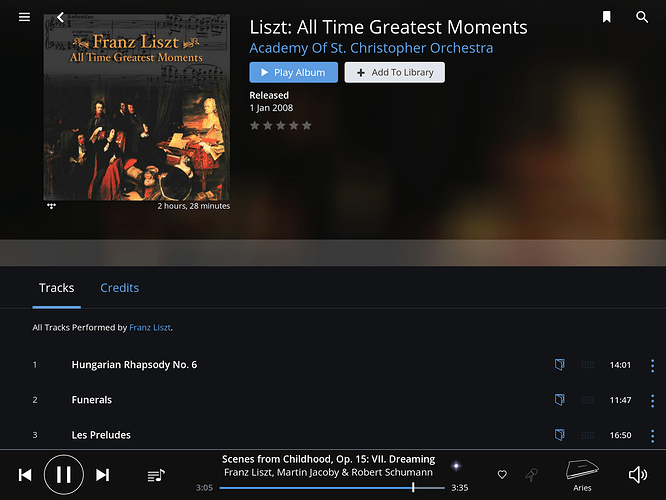 I heard Händel play this weekend – through a pianola roll on the actual piano he played on.

Was he (Liszt) any good?

I found the same with Mozart… I believe the problem is when the (dead) composer is put into the album artist and/or track artist tags.

Liszt gained renown in Europe during the early nineteenth century for his prodigious virtuosic skill as a pianist. He was said by his contemporaries to have been the most technically advanced pianist of his age, and in the 1840s he was considered to be the greatest pianist in history. However, Liszt himself stated that Charles-Valentin Alkan had superior technique to his own. Wikipedia

He sounded a lot like the Academy of St Christopher Orchestra to me.