Icon to distinguish between CD HD or DSD content

I would like to see a small icon in album collection view for each album showing the file quality (CD, HD, DSD would do) as I have sometimes two or more versions of the same album (CD with bonus tracks, vinyl rip, Hi res download or DSD for later on). It would be easier to pick the version I want to listen to instead of going into detail view…
Thanks for reading!

This is quite a popular request. Some cool options hopefully coming soon
E.g. Rather than seeing 5 identical album covers side by with a small differentiator …what about 1 album cover with all 5 stacked underneath when you click on the cover…with all the relevant details visible. Maybe like the duplicate box is now.
Hopefully the guys will come up with something neat here.

hmmm … not so sure about one cover with different icons instead of several covers … for instance I usually use the cover the recording came with … the DCC cds came with a different cover that the regular cd … the same for japanese releases with the obi … or all the MFSL releases … I would like like to identify those by a different cover.

It will show you the Covers for that Version…so maybe the MFSL cover or SHM cover…or other Japanese covers…or the specific DCC cover…or the Covers art that came with the SACD version, if different

The Other Versions pop-up will also show you any “Version” info that you yourself have inserted [using the Pencil icon in Album Detail screen]…as well as showing the Quality info like 16/44; 24/88/ 24/192 etc.]

Well I would love a small quality icon. Thus is I am have albums in redbook, high resolution, and DSD I know at a glance which to pick. Or when displaying a set of “duplicate albums” sort the high resolution first on the left side.

Not an icon, but you should be able to create a genre tag and use Focus to filter them.

Have you seen that you can focus on quality in a number of ways already ? Would you still need more manual tags beyond what you can do there ?

it’s not a problem if I’m actively searching for a certain album… I will find what I need. It’s just when I’m browsing in album collection view I will only see the resolution once I click on the album … I don’t need tags for that I just would like to see some kind of indication of quality before I click on the album. That would make me

We’ve had a lot of internal discussion over this feature. It’s definitely a necessity, and we are resolved to do something about this. Thanks for reminding me to move it up the list

I would vote for the following layout:

When: browsing in albums view, or browsing the albums by a particular artist;

If: there are multiple versions of the same album (even if some of these versions are slightly different e.g. with bonus tracks or other extras);

Then: these albums should be grouped together under one album icon (the image of which should perhaps be the original album art, or even better let the user choose the key image).

If the user selects this album, then the following album details screen would have an option to choose the particular version, perhaps by showing all the covers of versions of that album, or some sort of selection process.

Though, as ever, this should be an option that the user can select, with the alternative being perhaps to show all the albums covers (“expanded”) in the browser view.

This is exactly what Roon does today isn’t it ? With “show duplicates” set to OFF.

For example: One cover for Gabriel’s So album 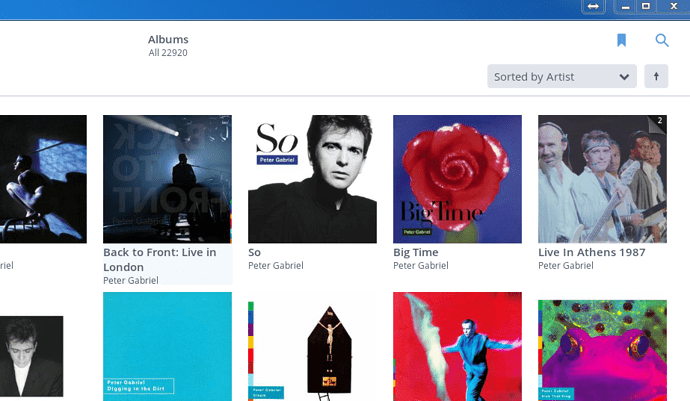 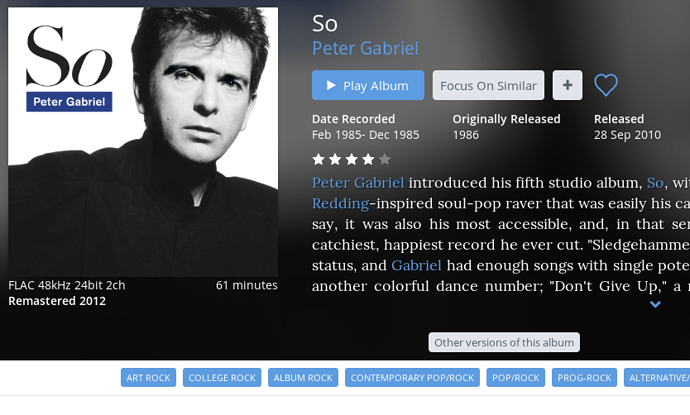 Open up the Other versions box:- 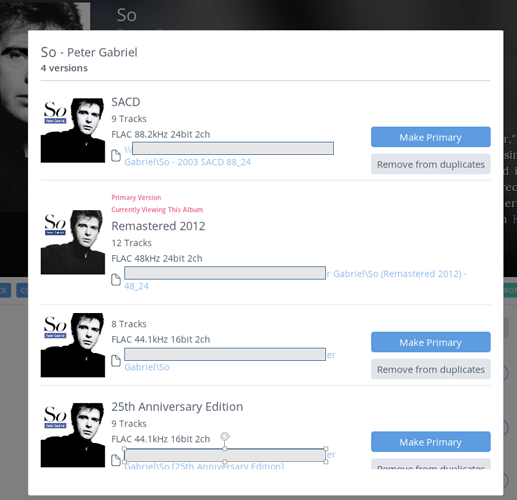 ncpl - Roon does group them in the album view, but not in the artist view (when you are looking at all the albums by a particular artist.

Also, I’m not a big fan of the version selection box and wonder if this could be redesigned to make it more intuitive.

As long as Duplicates is set to Off in Settings, then Roon will only display ONE Version in either the Album Browser or Artist View

If it’s displaying more than one Version in your Artist view, then you should group the Versions into a Set…which the “Other Versions” will then allow you to see and choose which version you want…all while defaulting to highest nominal format [nee: Quality]

As we’re on the subject of Album Versions and the Management of them, I for one would like to applaud Roon for the choices they have made in handling of these, offering functionality which simply isn’t there in most [all???] other music players

So, consider all of the above a Vote for the way Roon handles Versions at the moment…and I’m sure it’ll get even better in the future

I’d like to be able to search with a quality parameter. For example, limit searches to HD content.

Apart from the focus options being off the screen it is a quick method.

@fritzg if you find yourself doing it often, you may want to bookmark those focuses. 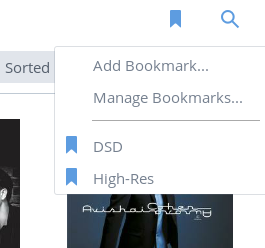 Thanks. I haven’t gotten into the focus feature yet. Didn’t know it could focus on bit rate, etc.

You should see something like this. Don’t forget to scroll right and find the Inspector button. 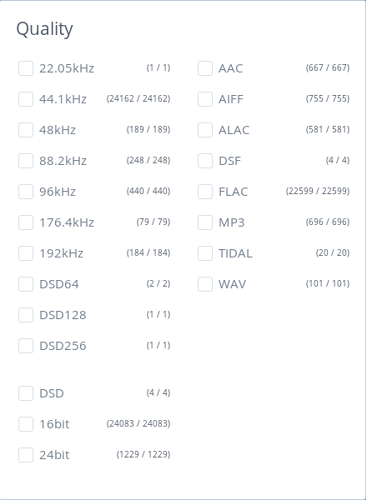 I cannot find focus/quality. I see a bunch of different focus screens (that implementation is quite confusing) but nowhere do I see quality.