I’m in the process of going through all my newly imported music and trying to identify albums that Roon hasn’t identified automatically.

Quite a few times now I’ve a situation where an album (mostly live albums) have an ‘intro’ track before the main song titles. See screenshot: 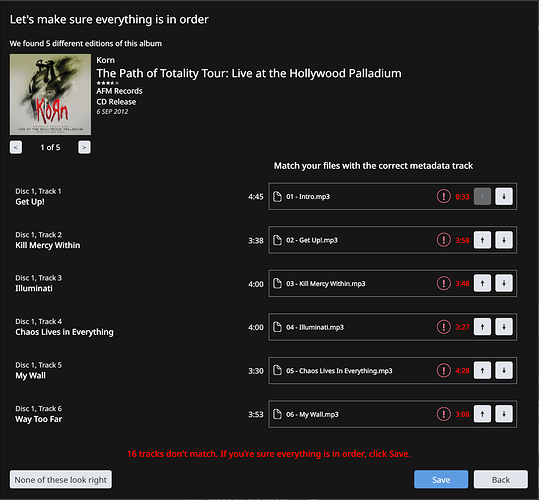 Roon recognises all of the other tracks in the correct order, but they are all 1 track number out because the intro track is set as track 1. I’ve noticed that I can add an extra row to the bottom of albums, but there doesn’t seem to be a way to add a row at any other point in the album. Is there a way to do this or am I out of luck?

Edit: I should mention that I went through the 5 different versions of this album, and none of them included the intro track.