Import Favorites from Qobuz into the roon library

Roon Rock on a nucleus i 7

None: Fresh Install
Should be a Node21 Bluesound

[There was an error checking for an update] 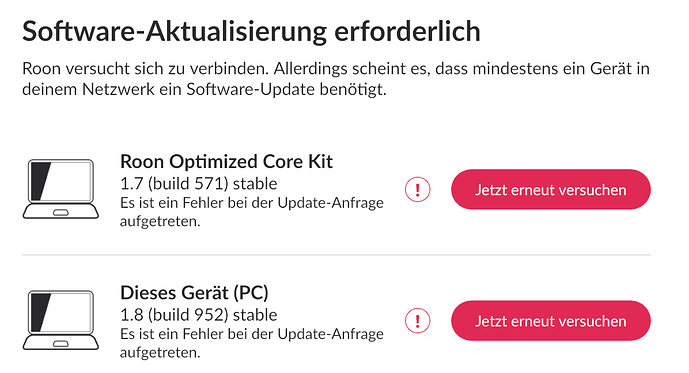 It seems Roon servers have crashed worldwide, as everyone is experiencing the same problem.

Please inform me immediately when the crash is fixed.
Can you predict how long the downtime will be?

My problem started with overheating damage to the system hard drive, which I had to replace. Then I had to do a new installation and accidentally deleted my data partition (1 TB) and lost all my rock backups

At some point the installation worked but the faulty data partition caused the kernel to crash (kernel panic). So I started the server with a live Ubuntu system and reformatted the data partition. Then Roon Rock finally ran again, but my Node2i (Roon Ready Streamin device) was no longer found. So I started another reinstallation and slipped directly into the worldwide update mess.
And this is the short version…
I hope I didn’t trigger it with this crazy action

But now I’m fine because it works again.