Not relevant for this discussion

I would like to import my iTunes playlists. Roon finds only 5 out of 26 playlists, and the playlists are significantly incomplete (for example 10 out of 600 songs).

The 590 missing songs are in the same directory structure on the same shared drive of the same NAS as the ones that are found.

Hello @Christoph_Jans, let’s take a look at one of the tracks from those playlists that aren’t showing up in Roon’s playlist. Could you confirm that the track appears in Roon, outside of the playlist it was intended to be part of?

I checked and the songs are there in Roon. I checked 5 or 6, all there. They are also there in iTunes and play in both Roon and iTunes.

Hey @Christoph_Jans, thanks for taking a look at that. Could you provide a screenshot of a single track that’s part of the playlist in iTunes, and another screenshot of that same track in File Explorer? 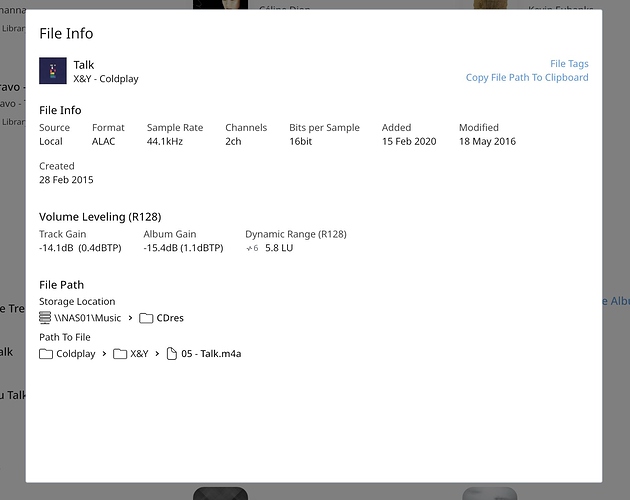 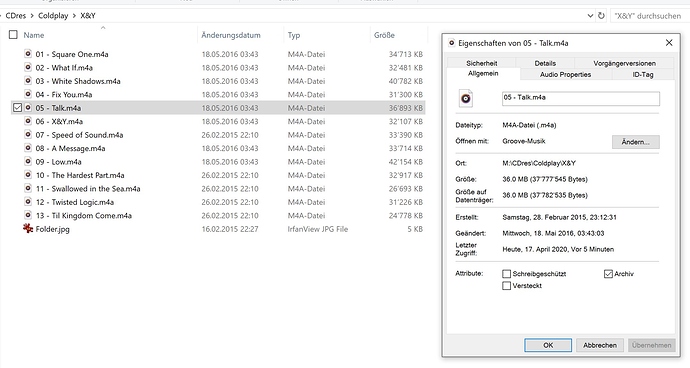 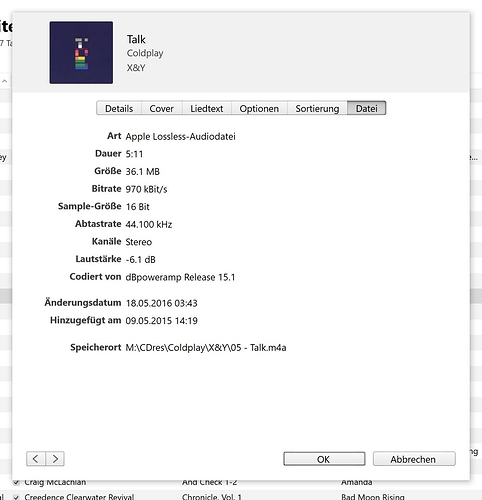 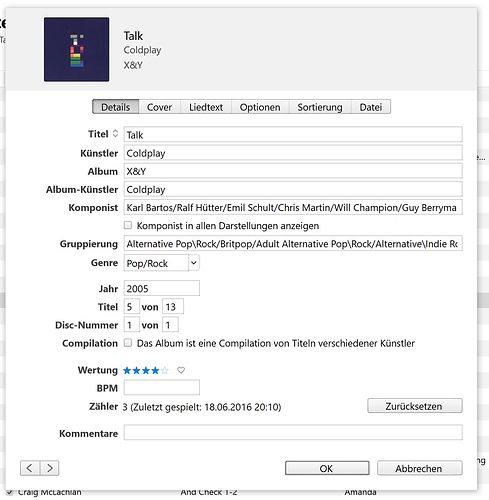 I might have found (a part of) the solution myself: all songs that make it to the playlist in Roon are in the iTunes folder, the ones that don’t are elsewhere. I think your documentation says it needs all to be under the iTunes file tree

Hello @Christoph_Jans, you are correct! On this article, we do make a note about wanting the media and the XML to be in the same folder. Let me know if making that change resolves the issue.

If you come across other tracks that aren’t importing, some files are “skipped” because of special characters in the name of the file or file path. Let me know how this goes!

Hello,
is there any chance to use the m4p files from iTunes that came via Apple Music into the Library of iTunes (Music) within Roon? It looks like they are (maybe due to DRM) omitted and do not appear in the Roon library.

Hallo,
I’m just testing the way via TuneMyMusic from iTunes Playlists to Tidal playlists, that might solve part of the issues.
Is there a similar way to Roon playlists directly?

Hello @Michael_Hahne, if your tracks are stored locally, you can create a watched folder in Roon to bring them in. If you mean Apple Music (the streaming service) those files aren’t stored locally and thus cannot be imported.