Seeing the issue where an artist/group name is being identified differently over different albums.

Mary Lorson is a good example. She has released “solo” albums under the names Mary Lorson & Saint Low, Mary Lorson & the Soubrettes as well as another album under Saint Low. Here is what i am seeing in Roon:

Under Mary Lorson i get: 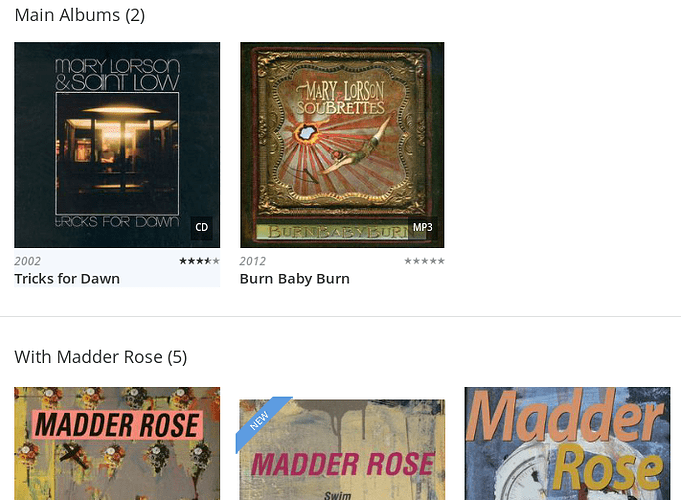 The two albums above are identified as:

The first inconsistency is Tricks for Dawn is identified as bot Mary Lorson & Saint Low as well as both individually.

If you look at the second entry though it is just identified as two separate artists. there is not Mary Lorson & the Soubrettes.

For reference here are the albums under appearances: 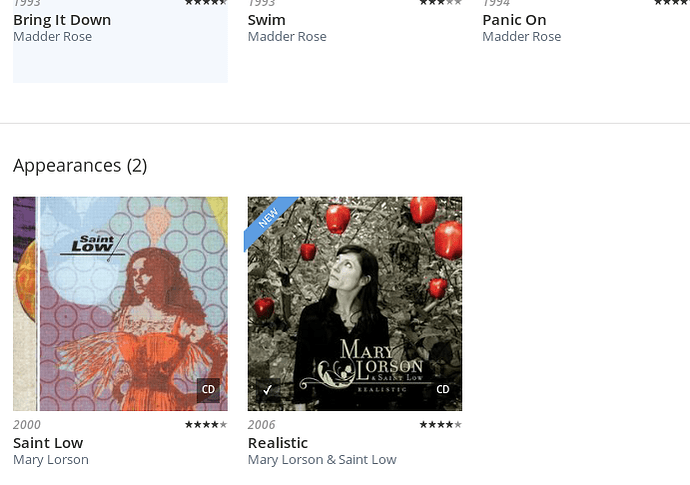 Going to the Saint Low Artist entry in Roon i see: 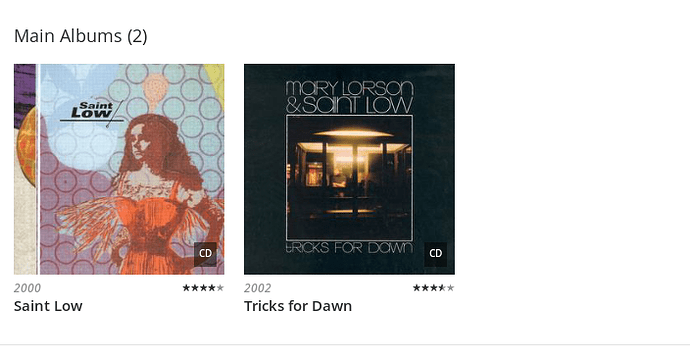 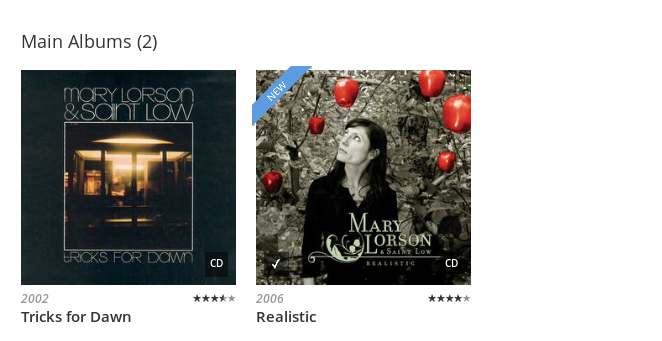 Here there is a second album Realistic. This album is identified as:

So for three different albums for the same person i get three different methods of identification, which means that depending on which version of the artist i choose 2 are likely to leave out an album and the other arranges them wrongly.

Another example of two albums, same band, but i get two different artists- The Juliana Hatfield Three. 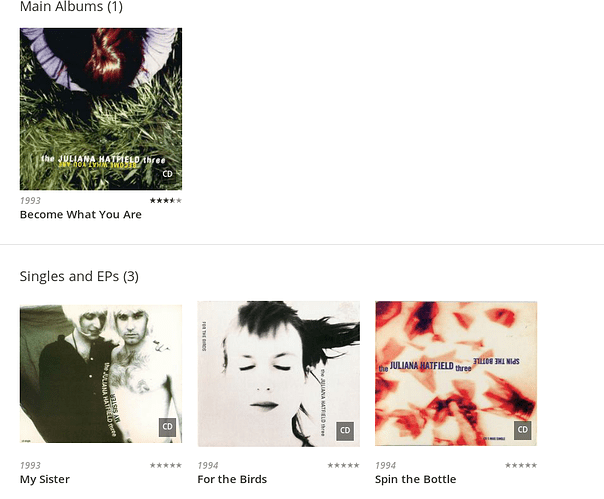 This version of the artist has no picture or Biography.

As you can see above the album Become what you are does have a bio but the tracks all have the with/preformed by, depending on the screen, Juliana Hatfield Three.

This is an example with the entry in white text the correct but not the being used. Juliana Hatfield should not have the solo credit as on this as it put it under her Main albums list and not appearances as it should be.

I have countless examples of similar problems, and am patiently (?) waiting for Roon metadata editing to come so I can fix these issues (and a host of other issues also). It’s all well and good to flag up specific examples but IMHO if the Roon team spent all their time addressing these user concerns on an individual basis, there would be no time left to develop the software

Understand your reaction, but on the other hand, surely there needs to be a process whereby errors get removed from the metadata at source, not just in your particular instance of Roon running on your equipment?

I thought that this was one of the USPs of Roon, that there was such a process in place (and @jeremiah was the focal point in Roon) so that errors could get corrected for the benefit of all?

Yes I can agree with that. Ideally allow the users to correct the overall database to make it an open source that everyone can contribute to (this was hinted at in other threads).