I have two versions of Mozart’s Magic Flute in my library, which I ripped from cds. roon has the same composition title for both, but different track titles; worse I don’t seem to be able to correct the one I don’t want. For the Norrington, roon has provided correct track titles. But for the older Marriner, roon has given every track the same title, the composition title, Die Zauberflöte (The Magic Flute), opera, K. 620. When I edit a track in the Marriner and choose Prefer File for the track title (the appropriate track title is listed for the file), then choose Save, nothing happens. The track title remains Die Zauberflöte (The Magic Flute), opera, K. 620. Even when I enter a new track title manually, nothing changes. All I get is the composition title for every track on both discs. When I edit the album, and choose Prefer File under Metadata Preference, and save, nothing happens. When go back to edit, my choice for metadata has been erased. So
1,. Why does roon treat one album differently even when it identifies both as the same composition?
2. Why don’t my edits work?

The topic may be different, but I am also in trouble with Magic Flute.
I also bought Karl Böhm’s Magic Flute the other day.
However, this album also does not display information correctly in Roon. 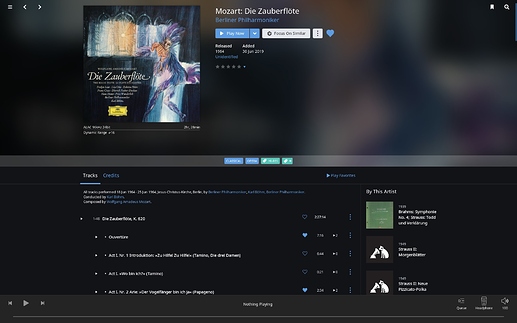 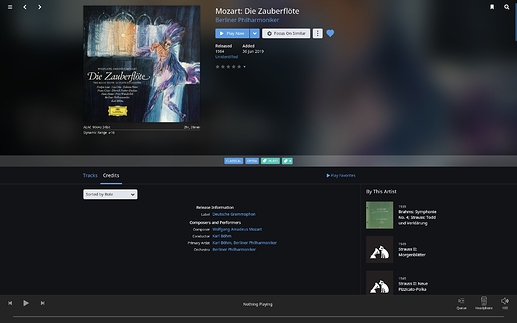 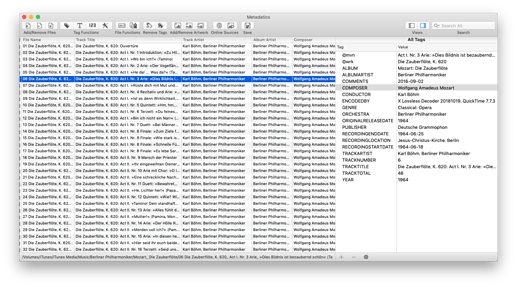 I wrote this in the file metadata: 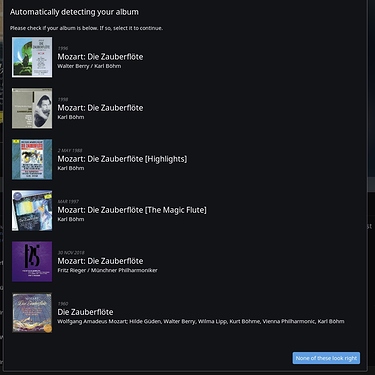 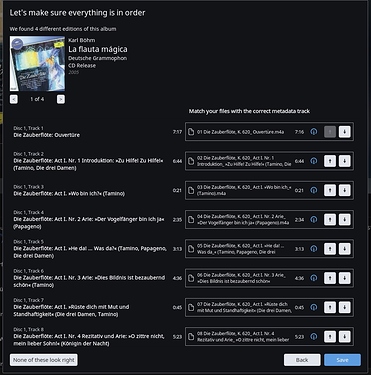 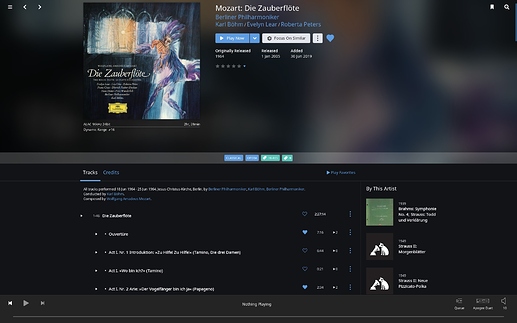 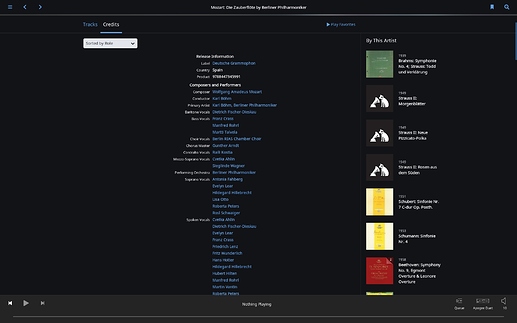 I chose the first 2005 version.
Then, a lot of personnel was displayed, but the composition was not matched. 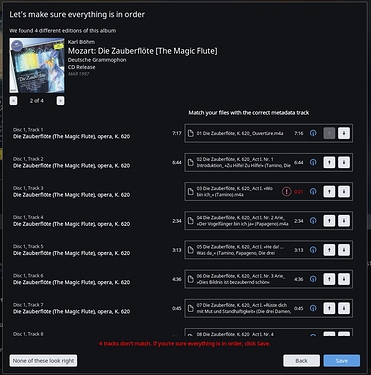 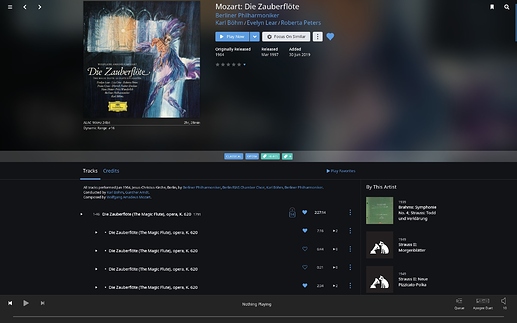 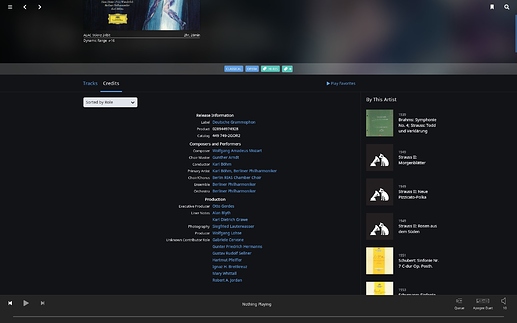 Next, I chose the 1997 version.
The composision has been matched but the track titles are all the same and very bad. Personl was not written either.

It is very disappointing.