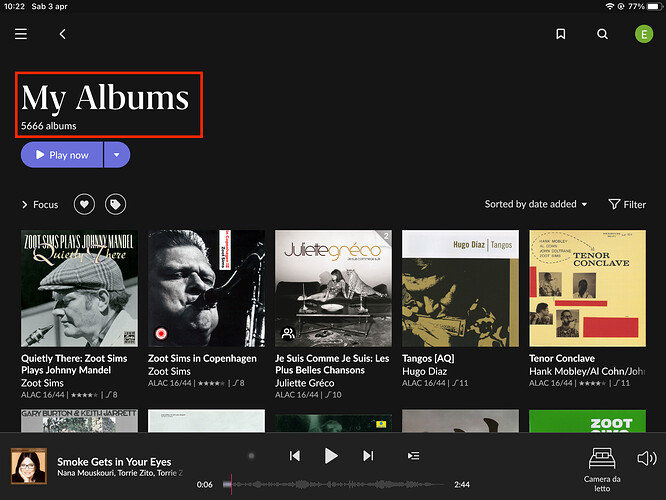 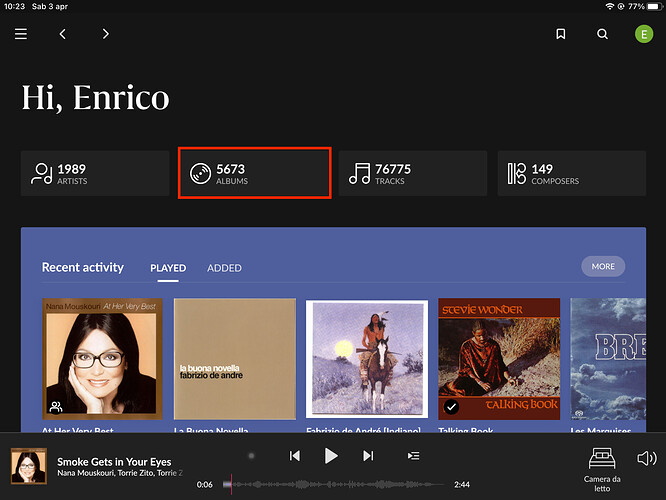 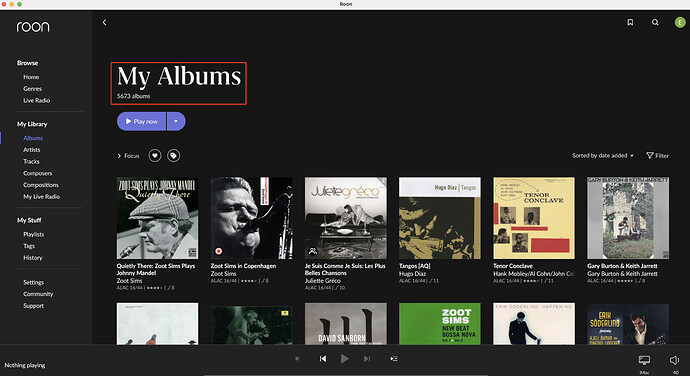 Problem 2 = album listing under artist’s page): minor artists (artists not in Roon database) do not show their albums under their artist’s page. See comparison of Luca Argel (minor artist unknown to Roon) vs. Fabrizio de Andre’ (major artist known by Roon). No albums show under Luca Argel (although I have 7, and I have to press “show albums in library” to show them), while in the case of de Andre’ it correctly shows that I have 18.

For problem 1 check that the setting for show hidden albums is the same for Mac and iOS apps.

Thanks a lot: solved problem 1!

You’d be best to separate out the second problem to a new thread as it has a solved tick beside it in the forum now. (Or take away the solved status from this thread)

@Enrico_Corvonato Your “Problem 2” could well be related to a more general issue with Roon, causing some conundrum between “Main Artists” and “Appearances”. This has been reported by many users and is under investigation by Roon, hopefully fixed soon.

@bbrip thanks for noting. I’ll mark as solution.