I have the Bach 333 boxset ripped into Roon […] and have the following issue cropping up in how Roon identifies works.

One disc has multiple, consecutive, versions of the Double Concerto BWV 1043 by different artists.

Roon collapses this into one single work [with 15 parts] rather than show five concertos by five artists. 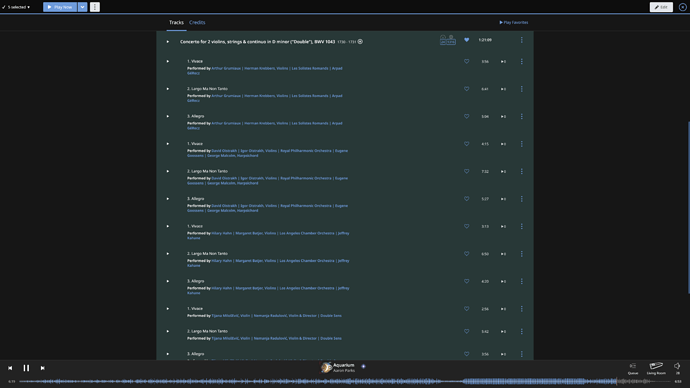 Hi @chris_laurens, thanks for your media! From your files, we identified a regression in our handling of repeated performances of the same work and a fix has gone into the (just released) latest stable build (505). 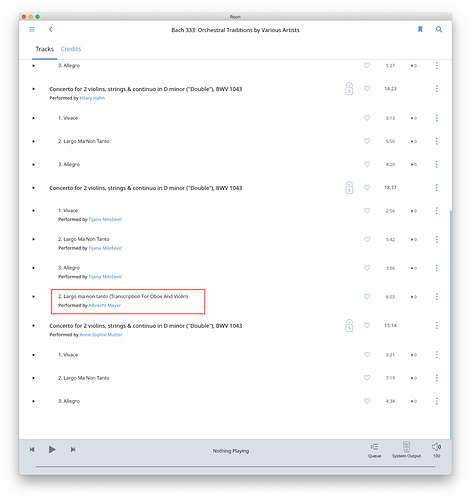 We have a further candidate fix for this, but as with all metadata fixes of this nature, we have to be really careful not to introduce unintended consequences, so we want to give it a bit more consideration. For now, I recommend adding the following two tags to the Albrecht Mayer track:

and selecting “Prefer File” for Multi-Part Composition Grouping for this album: 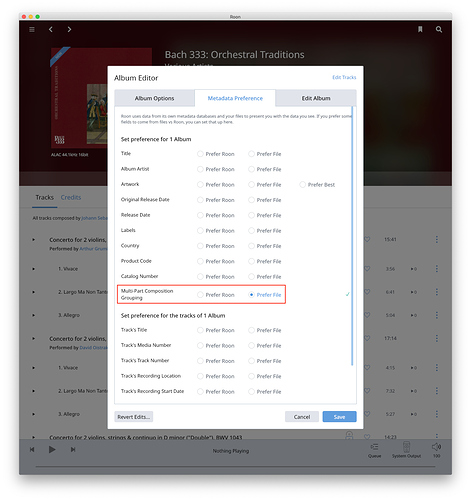 This should yield the following result: 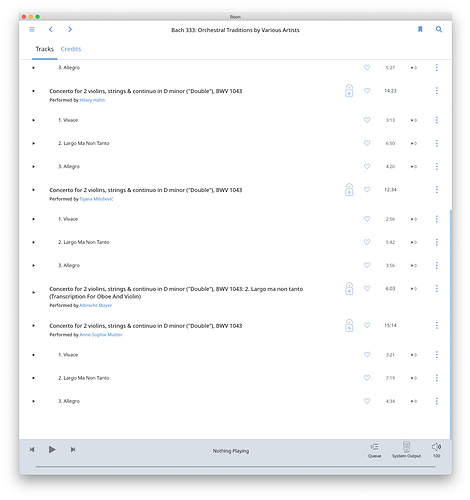 Incidentally, the Bach 333 set is relatively new enough that metadata are still being populated by our providers (and it’s obviously a huge job). In time, full metadata will be available, though I can’t say when.

Thanks for this. Really appreciate the fast turnaround.