Why does Roon Show incorrect track numbers of an album. Just copied my albums from my PC via the network to the internal SSD of my Roon Nucleus+. The first album I selected shoes four times track no. zero followed by 14 than 21 etc irregularly up to 99. The album has 17 track. Most strange.Having formerly played the album from my PC via other SW players (foobar2000, Winamp, etc) I always had the correct track numbers!!!

Hello @Michael_Graw, thanks for your report! Could you please send me some screenshots of the incorrect track numbers and the albums they belong to? 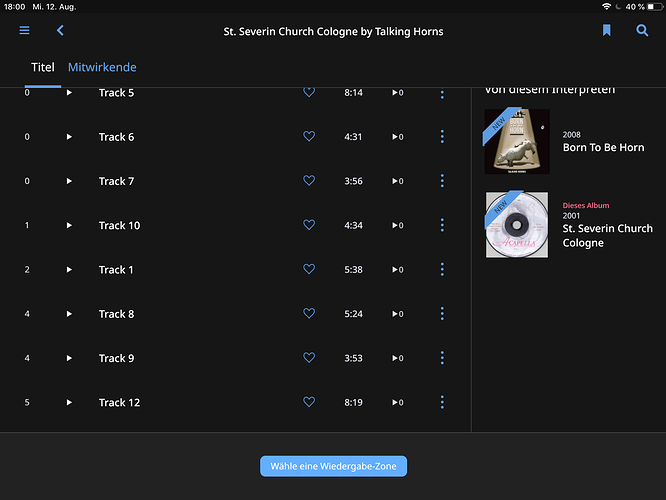 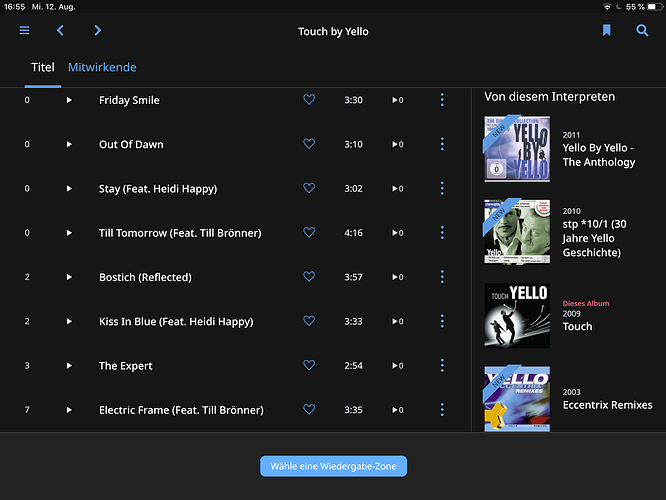 Hello @Michael_Graw, have you made any changes to the file tags of these tracks?

No at all. I simply copied the albums from my PC to the internal SSD of the Nucleus+. Here the correct listing in the player sw of my pc. 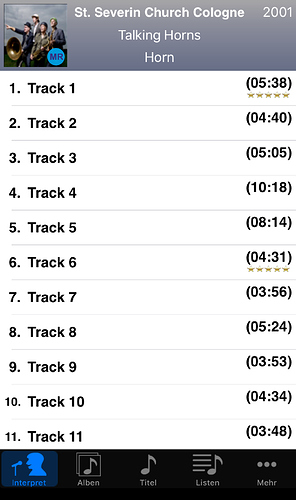 Hello @Michael_Graw, could you please upload a copy of these files here? I’d like to take a look at the tags for those tracks and see what needs to be changed there. Thanks! Please reply to this thread when you’ve had a chance to do this.

No problem. the majority of my albums are ripped to wav and got the metadata in a XML-file. Here an example:

Hey @Michael_Graw, thanks for a copy of the XML. I would also like a copy of the actual tracks uploaded so I can review the tags. Thanks!

No problem. I select a smaller album: 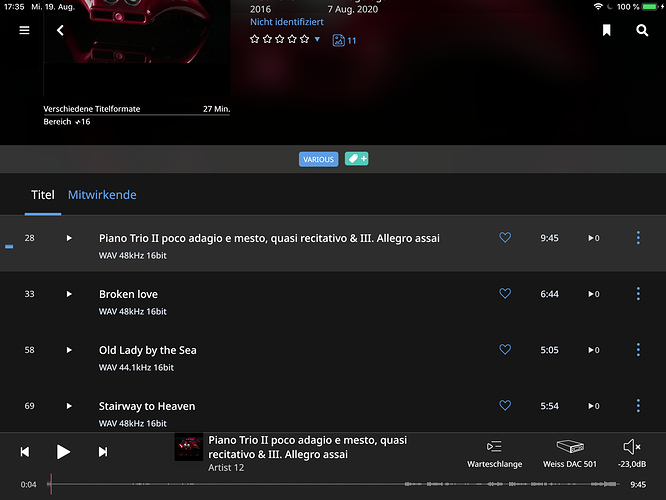 The album Mstislav Rostropovich Great Works for Cello and Orchestra has too many tracks for disc 1. There are only 13 tracks on that disc. The second disc is correct. 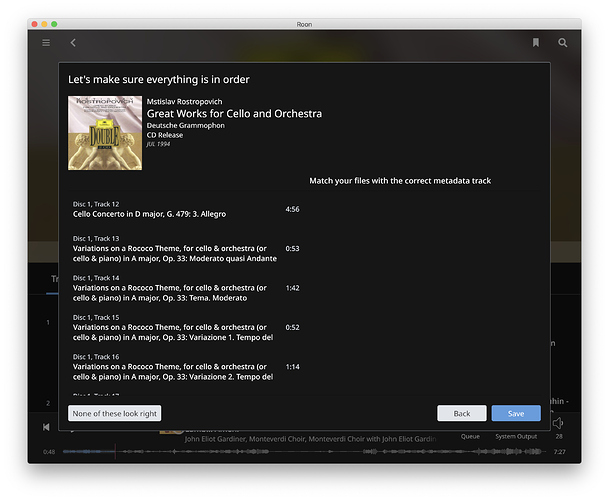 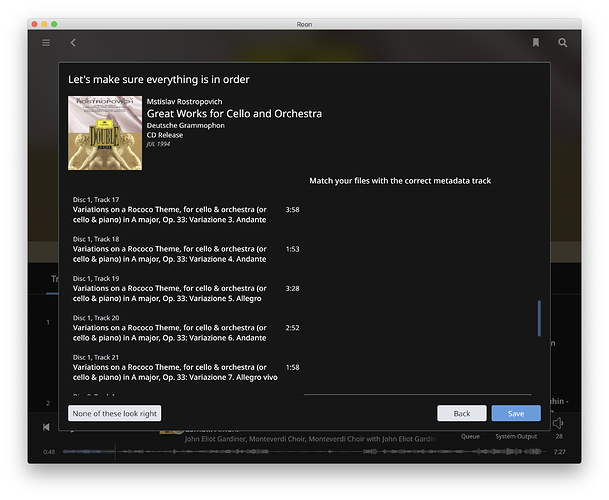 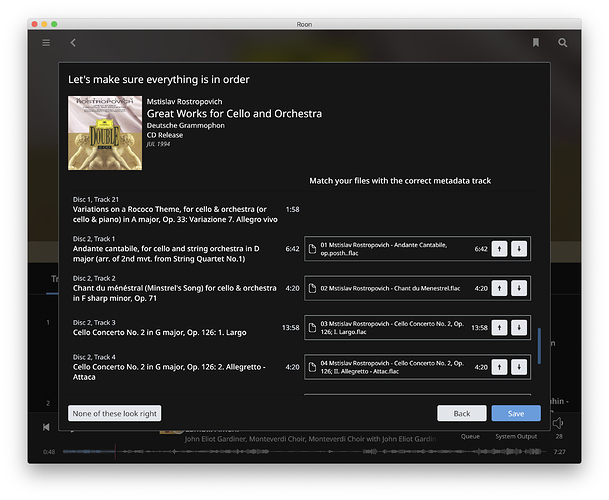