Just loaded three versions (DSD64, DSD128, DSD256) of a new album 8 Ensembles in 1 Bit to my NAS, but Roon shows each track of each album is on a separate disc. 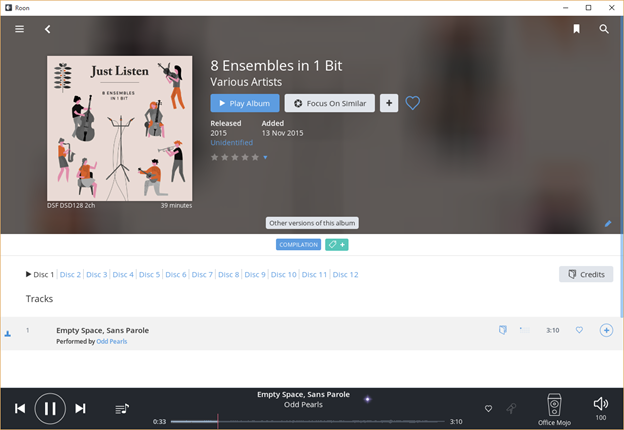 This is the album that’s available in multiple formats - https://justlisten.nativedsd.com/albums/jl0028-ensembles-in-1-bit 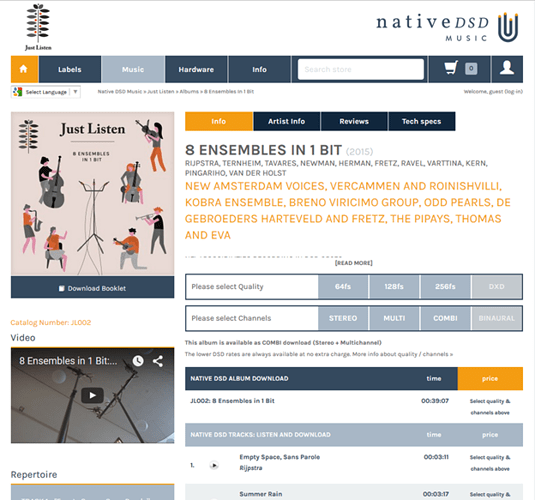 Why are the tracks separated rather than grouped within the single album?

Might be something in the original metadata of the tracks themselves. You can just combine them all into one disc very quidkly. Under Album, hit the Edit pencil and then go to Fix Track Grouping.

Okay, that fixed it. Thanks!