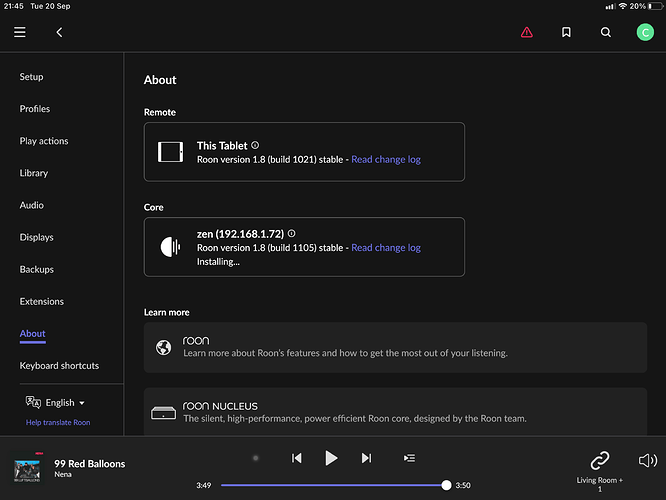 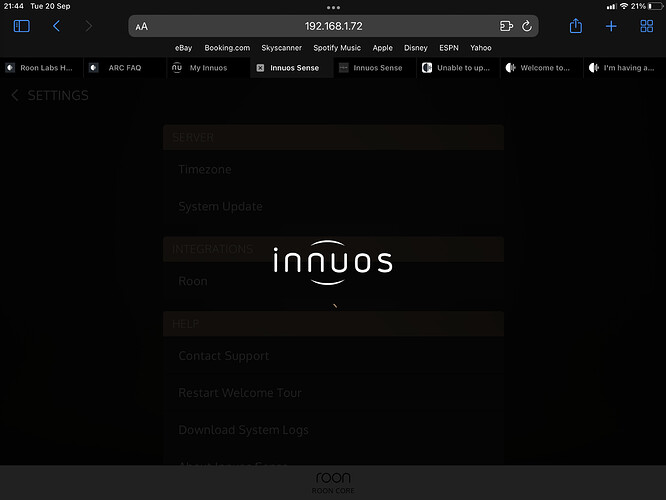 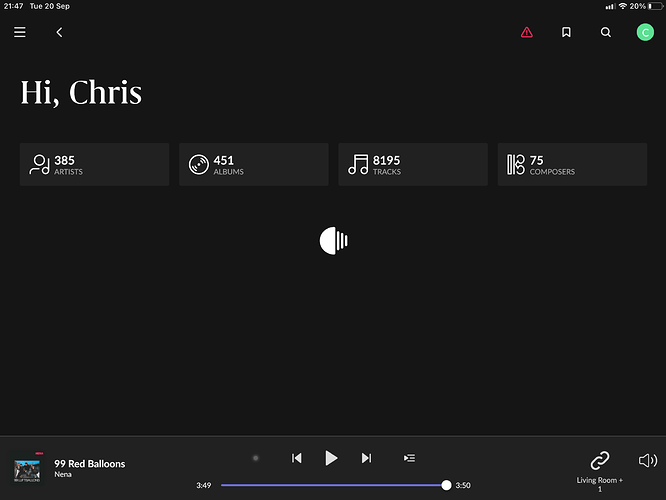 On attempting to update core to roon 2.0 the system is stuck on installing - see screenshots above. Seems to be stuck in a loop. Would appreciate advice. Thank you

Reboot of core reveals core update ok, but compatibility issue with the iPad. Can anyone advise next steps? 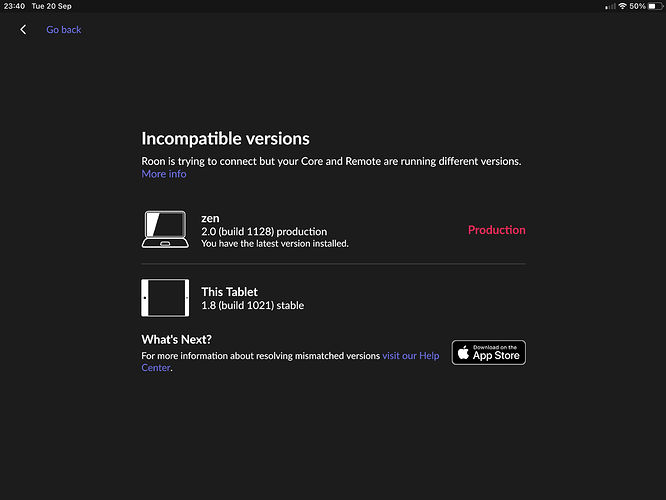 Am considering uninstalling roon, then re-installing……

A reinstall has returned connection to the Linn DSM, but the connection is now over AirPlay and the link to the Linn Sneaky was lost. I reset the DSM and Sneaky grouping on Linn Konfig and then on roon so music now available in both locations again. However as the signal path is not optimal/degraded, I would very much like to restore it to source quality
Please see screen dumps below. Any advice appreciated. Thanks 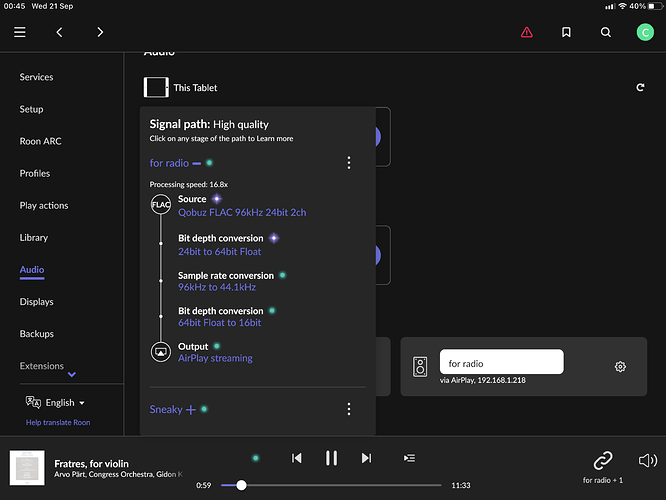 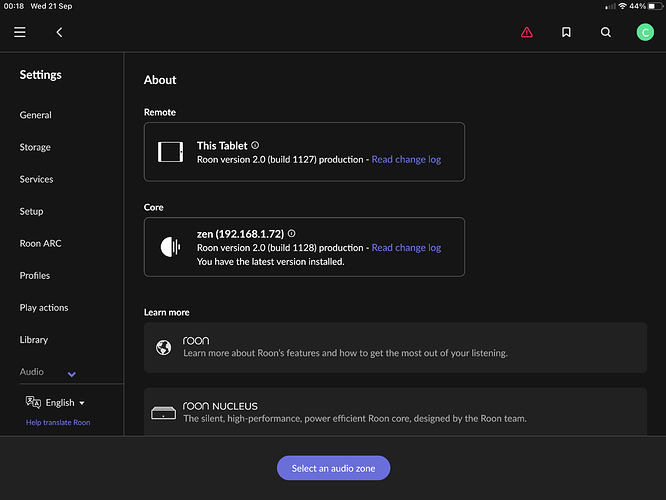 Finally restored full lossless audio and correct hardware integration. The issues were, I think, updating the core before the iPad remote which caused a compatibility issue. This resulted in the Linn settings not being pulled through so the subnet IP address defaulted to Airplay. This and the mqa settings were incorrect. A couple of other settings were affected, but those mentioned seem to have restored original functionality. I must make a point of reading the release notes fully in future😬
Arc successfully installed on my iPhone, so looking forward to having roon on the go.
Hope this is helpful to other clumsy Linn users!