Well it looks like rock on UEFI only is not coming any time soon so I am looking towards other solutions.

Currently my nuc runs Daphile which is great but it seems to fall over with anything higher def than 192. Thats to say it works but its muxxed down. This is obviously not a big deal but still its an itch.

So I was thinking of installing say ubuntu server on my nuc. I dont want to install windows I love it for desktop but as a fit and forget its far to needy.

I am comfortable using the linux install instructions, but has anyone tried this, can I expect dacs to be recognised from server linux sfotware?

I have RoonServer installed in Ubuntu server on an NUC. No issues so far. I use RAAT endpoints, so I cannot say if there are any issues with a directly connected DAC

Yeah thats my concern this is for an endpoint, server is elsewhere.

I guess the easiest thing is to try

To be clear, were you Planning to use ROCK as your Roon Core or simply as a Bridge?

Ubuntu is great for running Roon server, but for a networked endpoint all you need is a single board computer (Raspberry Pi) running Ropieee.

I prefer to use my system which has linear power supply for the USB etc. I installed Lubuntu today on it and all is working well.

That doesn’t really answer my question.

Pleased to hear you got things working though. A couple of things to note:

Its just a bridge. I was not confident ubuntu server woul dhave the relevant audio drivers and I didnt want to smash my player up in abject anger at Linux like I always do. 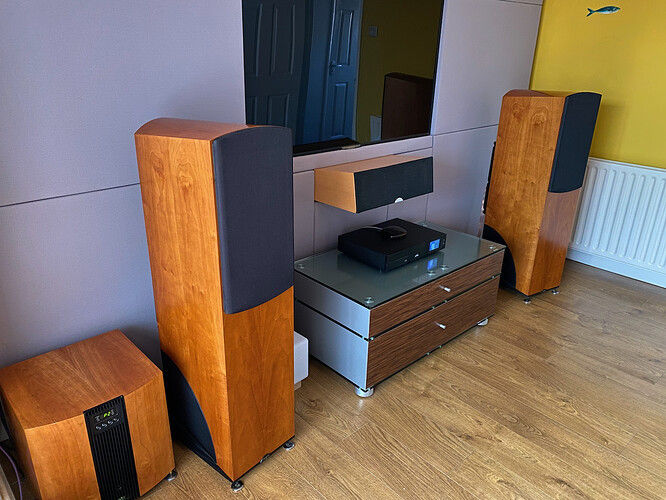 You can add any package to Ubuntu Server that’s available on the desktop version using apt. You probably only need to add ffmpeg.

Walks through how to do a headless endpoint setup using Debian 8 netinst, but the process is effectively identical for Ubuntu server

Haven’t found a USB DAC it didn’t recognise (must have tried a dozen or more across the price range, from price of a pint to price of a small car !!)

Assume USB? Roon Bridge relies on ALSA hardware devices. The device will report its capabilities and that is what arrives in the Roon Audio settings.

Because of that, unless Daphile is doing something weird, all Linux variants using the same version of ALSA should behave the same with regard to DAC capabilities. I wouldn’t go chasing Linux versions other than comparing they have the latest ALSA versions as part of the distribution.

A lightweight flavor of Linux may yield better sound quality. But it may not fix your DAC.

Most every single DAC out on the market today supports UAC1 . The exceptions are if it specifically states it’s not UAC1 compliant, won’t work on Mac OS X, has “windows only” drivers, etc. ALSA supports any UAC1 DAC.

Anyway… it’s not really “Linux” supporting the DAC but ALSA.

I have no idea what daphile is per say but its basically a fancy Logitech Media Server software.

daphile is per say but its basically a fancy Logitech Media

Using Linux and ALSA as the base OS / Audio framework (at least I assume from a quick scan of the change log over the years).

Well it behaves differently to roon, it can be a roon endpoint but basically compatibility with dacs is being handles by LMS and for what ever reason the various dacs I have tried including ones that can do 768 will be curtailed to 192. Even after fiddling in the daphile settings.

Some USB DACs require their own driver at a certain bit rate. If the DAC has a driver specific for a high bit rate then, yes, it may not work without it at those rates. Sometimes you can find a way to modify ALSA for support.

Well I felt on balance it was easier to install linux which I have done and everything is working well. The nuc has 12 gigs of ddr4 ram, 4 cores etc and only has to be the bridge, suffice to say its purring along nicely.

The 192 curtail is a limitation of Roon, not of Daphile (or LMS for that matter). It is a limitation of the feature of Roon called ‘Squeezebox streaming’.
It is not unlike the limitation I see on RAAT using my TEAC NT-505 Roon Ready endpoint. As a USB DAC with Roon Bridge connected directly it supports higher bitrates than connected through Ethernet to the Core.