It appears, from the Youtube video, that in order to display a scrolling issue, the scrolling rate is so ridiculously fast that an enduser wouldn’t be able to see anything meaningful anyway.
I have tried a similar scroll rate on my iPad Pro 12.9 and can reproduce a “choppy” effect but at “useful” scrolling speed that effect is not present!
I have also noticed that the effect is reduced further when using the light theme.

It seems, to me, that a high scrolling rate is being used where a search would be more appropriate.

To illustrate the practical issue maybe you could record & post a video with the undesirable “choppy” effect using a scroll rate where the enduser (all of us) can read what is happening, i.e. retrieve useful information from the screen.

I’m not suggesting there isn’t an issue but I am starting to think that there is an eye/brain sensitivity problem where rapidly moving geometric patterns are causing problems for some users. With this thought in mind, I wonder if the problem can be resolved for all users?

Not sure what you are saying here. That there is no issue and i am imagining it?
Or that my eyesight or perception varies with the current Roon version? That is kinda mind boggling to be frank!

To me, the album view is annoyingly stuttery, but useable, other views are good. With Build 913 the album view was performing really nice and smooth, as good as other apps. Not so anymore…

I suggest you read the whole of my post again.

Scrolling on ios (12pro) is now good for me after the last updates. also the app is more stable now

FWIW - I think I have finally experienced the “choppy” or “stuttering” scrolling having just switched from the light to the dark theme. It only seems to happen when scrolling up the displayed albums and also appears to be related to inertia as the problem is very scroll speed dependent.
I’m still “playing” and will update with any further findings.

I agree, this reflects my experience so far

On iPhone 13, if I quickly scroll the app still crashes.

This is how it looks like when I am scrolling in “My Tracks” page with my iPad Pro 11”.

I loose the control when I am scrolling a little fast. 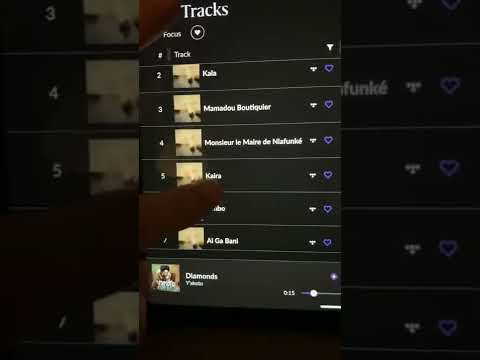 I just tried that on my 11 inch iPad Pro and could not replicate that issue.

I think you might not notice it because you didn’t keep your finger on the screen while scrolling.

I have the same issue also on composition and playlist screens.

However, other screens such as My Artist or My Albums do not have this issue.

Well i can replicate what you are doing holding my finger on the screen, i’d just question if it’s a valid way to use an application?
You certainly can’t read anything doing that and i can’t think of a case where I would use my ipad like that.

I’ll leave it with the roon guys to determine if it’s a valid behaviour.

The only thing I would add is Apple Music does not behave like that but I’m still not convinced I would use Roon that way to scroll.

I guess I couldn’t explain the issue correctly. Unfortunately, English is not my native language.

The problem is that you can only scroll on this screen by pushing up or down.

So you can’t put your finger on the screen and scroll up and down like in all other apps, browsers and other screens of roon.

I mean you absolutely cannot control the page.

I do see what you mean now.
In my case on a 2018 Ipad pro albums and artists seem to work fine, however in most cases the tracks lists seems to require a finger lift off the screen at times to maintain control and change the direction of scrolling.

I don’t use it this way but i see the point.

I think this video will clarify the issue better. 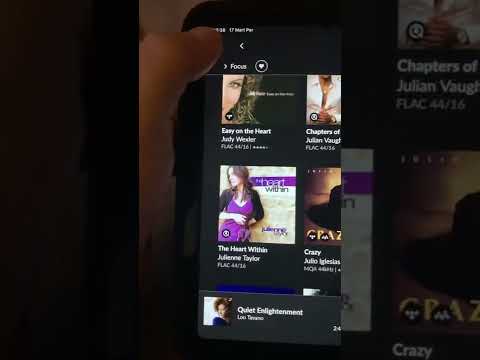 That, to me, appears to be a different issue where the screen is not responding to touch commands. That said, other contributors may be able to comment on this…

I see what you are saying. This issue affects the Tracks and Compositions screens, but not the others.

While not a deal breaker IMO, the inconsistent behavior does give the app a more clunky, less refined feel.

I did read your post and can only conclude that you seem to believe i am either using the software in a manner other than intended (whetever that means) or that i’m delusional. But i wasn’t looking for an argument, just simply state that the visual experience in b918 is worse than in the previous build.

Nevertheless, i uploaded the raw video rather, which is looking a lot more like the real thing:

I suppose this will be a reasonably accurate view of the screen?

can only conclude that you seem to believe i am either using the software in a manner other than intended (whetever that means) or that i’m delusional.

Then I’m afraid you drew the wrong conclusions, there is ongoing debate about the scrolling issues where people using identical technology devices have a totally different experience.
I don’t think discussion of possible issues is unreasonable (or a personal slight) there are many human interactions with technology where issues have eventually been resolved (Television image refresh rates being an obvious case).

It’s unfortunate that you choose to consider my comments a personal insult rather part of an ongoing discussion for a problem which, despite many attempts at a resolution, persists.

Alright then, do you get a better view of what i’m seeing through the latest video clip?
Do you see the same on your end?