Let me first state that this issue is not a big deal but I am curious as to whether others have the same problem.

When I am listening to music via the Roon app on my iPad Air 2, and decide to double-click the home button to use another application, such as looking at Google News, I find that when I return to the Roon app it takes a few seconds to re-establish the connection. I wonder why it wouldn’t just land on the Roon app without a delay. Any thoughts?

Which iPad model exactly because the 2 doesn’t work with Roon. I have a first gen 9.7 pro and it can take a few moments to reconnect.

This is normal… unfortunately.
Especially when you quickly want to pauze a zone.
A widget, like bluos offers, would be very handy

This is normal… unfortunately.

Thanks for the confirmation.

Which iPad model exactly because the 2 doesn’t work with Roon.

The iPad Air 2 works with Roon

My recommendation in another thread was to allow Roon to run in iOS split screen so it does not lose contact with the server. If i find the thread i will post it here.

Someone else reported that more up to date iPads suffer less lag.

A post was split to a new topic: Can you run Roon in split screen?

This issue sounds like something I’ve noticed with my iPad Air 3. I’ve just bought my iPad this week, having never an owned an iPad previously, and I immediately installed iPadOS 13 on it, so I’m not sure if this issue is specific to this model of iPad, iPadOS 13 or Roon remote running on iPads in general.

If I have Roon running in the background whilst playing music from the queue and return to it sometime later, it appears to take some time for the queue and now playing displays to catch up. Initially, the queue looks empty and the now playing display can be many tracks out of date. I’ve even seen instances where the now playing display quickly runs through all previous tracks to catch up with where it should be before settling down to display the correct currently playing track and position within the track as if the information had become buffered but not processed and displayed. All of this can take a good 20 - 30 seconds to become synchronised sometimes, so it becomes a bit frustrating waiting to be able to get control back.

I’ve used been using Roon control on my iPhone and laptop for sometime and never had this issue, so it seems like something specific to this iPad.

Is this a known issue that others are experiencing?

Same here, exactly the same behavior. There’s always a moment of anguish as I wait for reconnection…Maybe this could be improved someday.

A widget would be most helpful, but wouldn’t change the delay. Newer iPads have faster processors and wake up more quickly

For me, the delay is not the real problem. I’m using an iPad Air 2 and Roon generally reconnects very quickly, the problem is the failures to reconnect. The Roon App just sits there saying that it is trying to reconnect to the Core, which it never does. Why can’t the Roon App recover from these situations? Swiping the App closed and relaunching fixes the problem, but it is annoying when it happens multiple times in a listening session. I’ve seen no improvement in this behavior for over a year now.

Likely a network issue. Switches can continue to operate but not optimally as they die, same with access points.

Try swapping network components if you have them. The cables that connect these devices can also suffer faults and not perform as they should if they are damaged or have never met spec.

That’s not normal behaviour you should raise a new support entry.

There have been plenty of reports posted on this behavior, most recently a thread involving the iPad Pro. Roon has no explanation other than to say it is an iOS issue.

I think there are some people experiencing delays but the symptoms you are describing is still an outlier condition and the more reports and diagnostics run the likelier a fix. My iPad always connects and doesn’t have much of a lag and it isn’t new.

This functionality is not available on iPad 6th gen under IpadOS latest build.

I don’t have iPadOS, but I don’t see anything to say that Split Screen has gone away. It’s available from 5th generation iPad forward.

It may be that the way you access it is different in iPadOS. 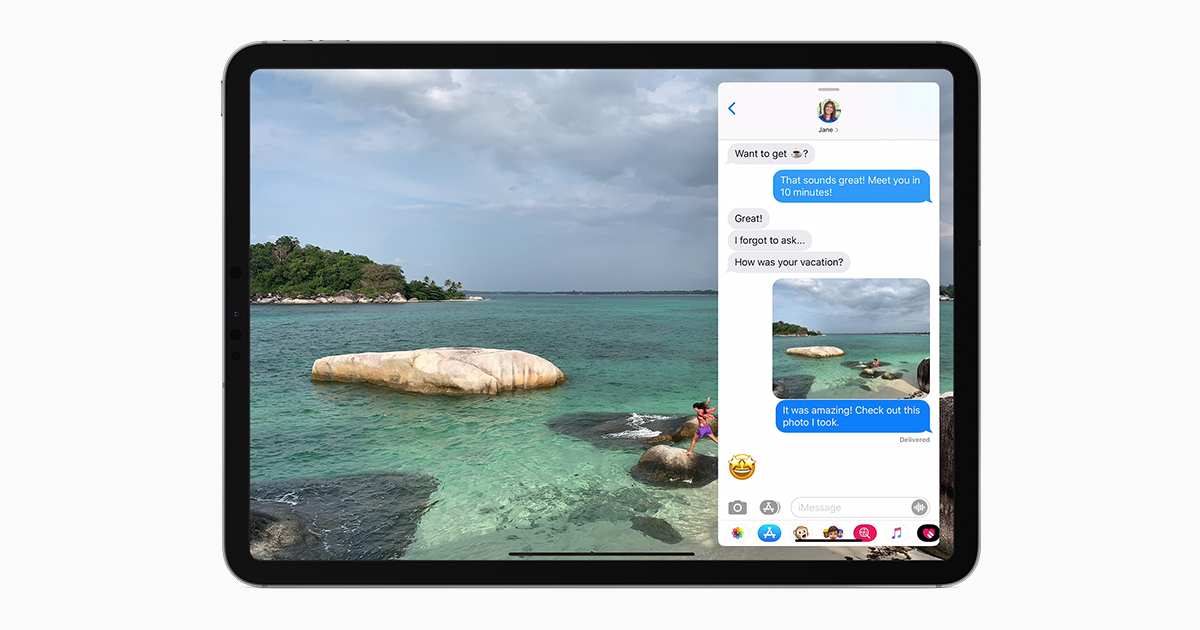 Use Multitasking on your iPad

With iPadOS, you can use Multitasking to work with two apps at the same time, answer emails while watching a video, switch apps using gestures, and more.

Yes, you can…for some applications but not all. It is strictly impossible to use split screen with Chrome and Roon for example. Perhaps this may be possible with gen7 ipads or with the 12 inch pro, but not with a gen6 (2019) with ipadOS 13.1.2.