I used to use my Etymotic ER-4P earphones with my old iPad. The new one has USB-C out only. So I have 2 (or 3) options:

My main concern is SQ. Portability isn’t really a concern. What would be my best option? I was looking at the iFi xDSD but don’t know how well that would work.

Audition the iFi and the Chord Mojo (buy online and you have 14 days cooling off) or get one of these and keep the Etymotics.

The USB-C to 3.5mm Headphone Jack Adapter lets you connect a standard 3.5mm audio plug to your USB-C devices. Perfect for headphones or speakers.

I’m using the Mojo with my iPad and I’m very satisfied with the SQ. But I don’t know your headphones. And with the cables it’ll costs some money…

Beats Solo3 is one choice if you don’t want AirPods.

Or a dragonfly red. Bound to be better than the headphone socket alone.
Or buy a Bluetooth dongle and plug the 4Ps in.

No wireless headphones are going to be as good or isolating as the 4Ps.

Thanks for the replies folks.

@Martin_Webster - I had seen that adapter, and there are other similar ones too. Do these affect sound quality at all? I heard that they contain a DAC, so a cheap adapter isn’t likely to sound as good as a proper DAC, is it?

@Philipp_Schaefer - I have been looking at the Mojo. What do you mean by “with the cables it’ll costs some money”? Do you need to use expensive cables with it? Also, how does it compare with the iFi xDSD?

The dragonfly especially the red has a proper DAC in it.

I had seen that adapter, and there are other similar ones too. Do these affect sound quality at all? I heard that they contain a DAC, so a cheap adapter isn’t likely to sound as good as a proper DAC, is it?

Yes, some do contain a DAC, some don’t. If you set the phone to “audio accessory mode” I understand that the analogue signal is passed through.

I have been looking at the Mojo. What do you mean by “with the cables it’ll costs some money”? Do you need to use expensive cables with it? Also, how does it compare with the iFi xDSD?

No you don’t, I bought a pair of USB C to USB A tails for under £10. Simply plug the short cable that comes with the Mojo into this. Or buy one of these: 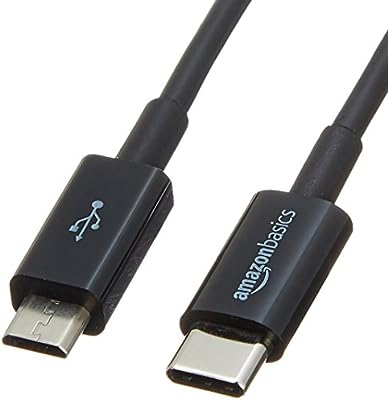 Martin is probably right, that that adapter works. With the old (Lightning) iPads you need the so called camera adaptor, which enables the iPad to connect to an external DAC. You should verify if that restriction is gone with the new models.

Anyhow, if you have been happy with the sound directly from the iPad, why change it? Just plug in your headphones with a cheap adaptor and you get the sound you are used to.

If you’re interested in better sound quality, then the internal DAC from the iPad is not the ideal choice. A dragon fly red, Mojo etc are dedicated DACs that will deliver state of the art SQ. I don’t know the ifi, so I can’t comment on the comparison to the Mojo, but both will sound better (if your can and want to hear the difference) than the headphone out of the iPad.

Think about this: With a dragon fly or Mojo you can (and some do) connect a high-end two channel amp/loudspeaker system and will get good results. You would not want to connect such a system from a standard headphone out of a mobile phone…

I agree with Phillip. Buy the USB-C to 3.5mm Headphone Jack Adapter (it’s only £9) and see how you get on. It’s going to be useful from time to time anyway as you won’t alway want to hook up an external DAC simply to listen to a video on YouTube.

The Mojo is excellent (but I do like their FPGA DACs) but is bulky when compared to the Dragonfly. However, the Mojo is a headphone amplifier with separate battery so you have more choice with headphones. I recommend you audition and also consider practicalities. Richer Sounds stock the Mojo and Dragonfly, so that’s as good as anyplace to start.

But those cheap adapters will change the sound, as the DAC moves from the one inside the iPad to whatever is inside that cheap adapter (as it’s converting a digital format from USB-C to analogue).

If you set the phone to “audio accessory mode” it’s analogue from the phone’s DAC not from the cable. That’s my understanding.

Thanks all. I’ve ordered a cheapish USB-C to 3.5mm jack converter to try it out in the first instance. Might then try and track down the DACs mentioned above to test if there is any improvement!

I don’t understand what you mean with “cheap adapters”? All the adapters to connect an external DAC are sending digital signals, there’s no loss, but a better DAC in the end.
BTW: there’s also a camera connection kit from Apple that allows to charge the iPad/iPhone at the same time (as an external DAC draws battery energy from the iDevice, which limits your listening time).

I don’t understand what you mean with “cheap adapters”?

That’s funny, because it is a quote I took from your post above!!

Anyway, some people have suggested getting a cheap adapter which contains a DAC to convert the USB-C to an analogue signal for the earphones.

Got it. Funny indeed.
What I wanted to say:" I only know iPhones that have USB-C, I have no experience with an iPad that has USB-C. On an iPhone there is this cheap adaptor from Apple in the package that you plug into the USB-C to connect a headphone directly (analog). Which is the most weird thing for me, to have that high-tech digital output deliver an analog signal and blocking any other usage. But I haven’t done my research properly (e.g. if an iPad with USB-C still has a conventional analog output to plug in your headphone, because than my post would be completely irrelevant…) I was just concluding this from your “only” in the original post… etc.". To clarify: that USB-C to analog adaptor I was referring to has no DAC inside afaik. The USB-C delivers delivers the analog signal already. But I could be wrong with this…

I have written about a an excellent low cost headphone setup that I drove directly from the iPad with that Apple adapter and a USB cable to the DAC.

But after a while I got annoyed by having the iPad tethered to the audio gear. (Didn’t happen when I used the Dragonfly, probably because it is just a slightly heavier headphone cable which I need anyway.)

I had a MicroRendu that I no longer used, with an LPS-1 power supply, and I had a spare Eero WiFi mesh point. So I hooked up the whole stack: Eero with power brick, MR + LPS-1 with power brick, SDAC, AAA 789 with its power brick. 8 boxes. And the WiFi network streamer would have added over $1,000 to the $350 headphone amp and $80 DAC (if I didn’t have the gear lying around). Not cost appropriate. Excellent sound and convenience, but…

I mention this just to illustrate the slippery slope of incremental improvements. Makes the Dragonfly seem an outstanding bargain.

EDIT The third word in the first sentence should be “written”, not “rotten”. Freudian slip, anyone?

If you set the phone to “audio accessory mode” it’s analogue from the phone’s DAC not from the cable. That’s my understanding.

It’s an iPad, but how do I set it to audio accessory mode?

I believe this is done automatically depending on the devices connected. Use passive headphones and the Apple cable and and the internal DAC and amp are used.