I don’t normally fool with playlist, but I just assembled one but would like to turn it into an album. Is that even possible in Roon. All the tracks are streaming from Qobuz if that makes any diffference.

Yes it is, I assembled an entirely hand made album in Roon from batch of singles that were released by the Norwegian band Röyksopp a coupe of years ago. I didn’t create it from a playlist though, I just grouped the tracks as I recall.

Thanks. I just bought it from iTunes instead.

So, how can I group 11 tracks from 4 other albums into one “new” album with a different name? This is a different album than the one I just bought on iTunes.

I added the tracks as singles then edited them to group them all into an album. Whether this will work for tracks that are already in another album I dont know. Mine were all single tracks.

In the track view multi-select the tracks, then in the ‘three dots’ menu click Edit and then Group Tracks.; 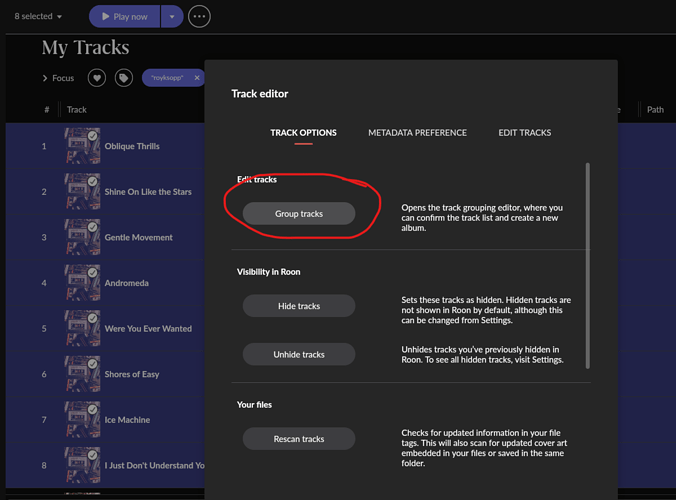 Thanks Tim. I’ll give it a try.