Is Roon down converting my DSD128 to PCM?

The display on my Luxman DA06 does not read DSD for any of my DSD files… is there a setting I missed in Roon… or is it because I am in trial mode?

Trial is fully functional. In Settings/Audio right click the gear next to the relevant zone and in the DSD section make sure you have DSD over PCM selected rather than convert DSD to PCM.

Edit: Also check the max DSD settings. Anything over the max will be converted.

Thanks andybob, here is a screen shot of what I did after your instructions, but my DSD still displays 176… you’ll notice its a DSD 64 on the image of the cover 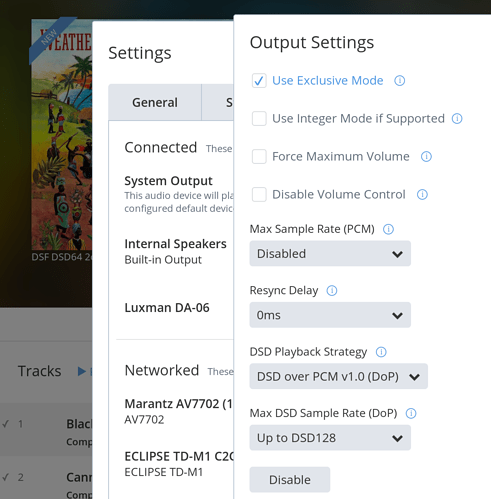 How are you connecting to your DA-06 ? A USB connection is usually required for DSD.

Is there a setting in the DA-06 which might be converting DSD to PCM ? Have you had it playing DSD over PCM or Native DSD before ?

I think the reference to Integer Mode means you are in a Mac environment and I have no experience there. If you were in Windows I would suggest trying an ASIO driver (such as JPlay) and seeing if that makes a difference.

If those things don’t work then we will leave this here for @Mike to see.

Yes, I’m using a mac… I have no clue how to get it to output DSD…

I meant audio driver version. Is there a driver for DSD that is required?

Hey @miyagi1218 – sorry for the trouble here. Can you try the following:

Roon sends volume control commands to your DAC, and we’ve seen certain DACs that display the frequency of the PCM carrier signal when the volume isn’t at 100%.

Let me know how that goes, and we’ll take another look into this if you’re still having issues. Thanks!

I’ll try it in the next couple of days when I’m free. Thanks. I’ll let you know the resolution once we get it.

But play DSD on Audivarna everything is OK

Just to confirm, you’ve tried the suggestion above right?

Roon sends volume control commands to your DAC, and we’ve seen certain DACs that display the frequency of the PCM carrier signal when the volume isn’t at 100%. 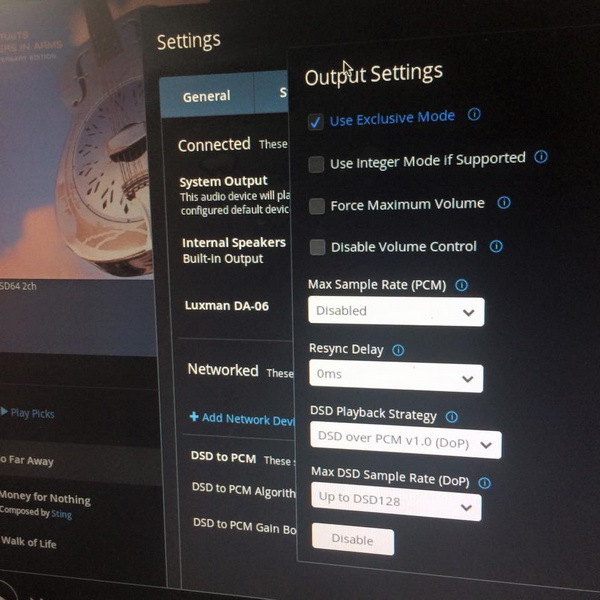 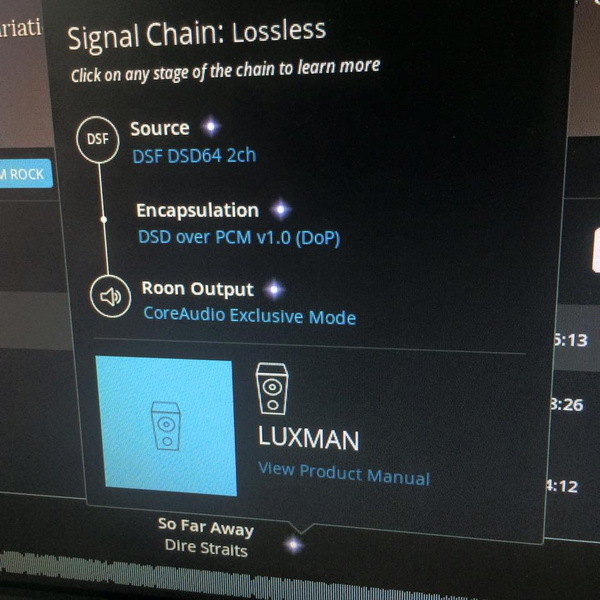 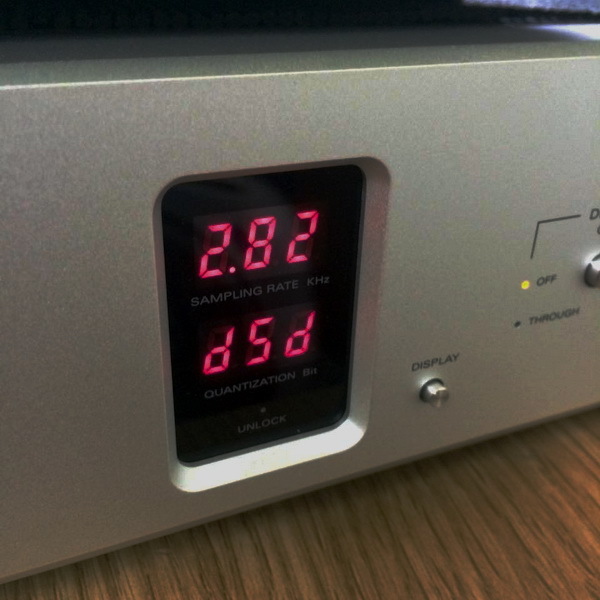 Ipad only for remote