Sorry if this is a dumb question, but thought I read before for MQA to work properly does that mean I have to turn of Roon Convolution (I use the HAF Filters), and also Sample Rate Conversion? 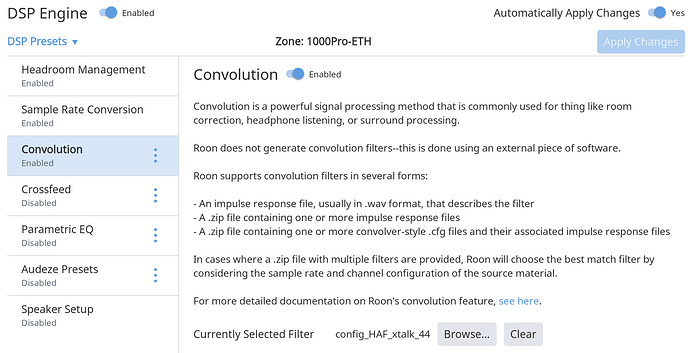 Thanks - sort of what I was afraid of - when you get to the subjective lets use our ears to evaluate a technology such as a lossy format you lose any scientific basis. The industry spent many years developing MP3 lossy compression to the point where they felt peoples ears “couldn’t” hear the difference. Clearly for a large part of the audience they were correct. The more I learn about MQA it looks like this is more of the same - but applied at what is supposed to be a much higher quality level. Keeping its technology hidden and not letting the public industry fully test it and evaluate it does not play well with me. They are having success by having their technology being supported by manufacturers but it is unclear if this is because it is actually better or simply an advantage re: sales and marketing. Clearly it is not a lossless bit perfect format.

It’s not a dumb question at all. And you are correct. For the MQA light to go on in an MQA DAC there can’t be any intervening non-MQA DSP.

Whether MQA would permit first unfolding in software to be then followed by non-MQA DSP has been a big issue for many Roon users.

As yet, no official announcement has been made by Roon beyond the fact that MQA is coming to Roon. The recent MQA announcement doesn’t add anything to that.

It’s been an extraordinarily long journey for all Roon users who are interested in MQA, and, at times, I lost confidence that anything would actually happen. I’m now confident that Roon and MQA are going to happen and that we will be pleased with the implementation.

I’d say that the large part of that audience didn’t care. When I’m at work listening to the radio, I don’t really care either. When at home however… and my friends who don’t care about listening to MP3, they do say they hear the difference and that it sounds almost live when I turn something on for them at my place. But after that, they still don’t care

I’m sure there will also be people who don’t want lossy, no matter what it sounds like.

and my friends who don’t care about listening to MP3, they do say they hear the difference and that it sounds almost live when I turn something on for them at my place. But after that, they still don’t care

Ha, it sounds like we have the same friends.

Assume Roon will implement some sort of check or switch that would automatically turn off Convolution if it found an MQA file and stream it pure (or whatever MQA is), but revert to the filters when non-MQA. Realise this assumption is unknown, but would seem to make sense, as then it’s either MQA or Convolution, but not both during listening sessions.

i would think turning convolution off for MQA would be more detrimental to a persons system than the perceived value added of full MQA decoding.

Ultimately a full software decode prior to convoluton would be the cats meow.

Brian has confirmed that Roon will be doing first unfold:

Unlike the TIDAL app, Roon has no difference in audio streaming capabilities between iPad and Mac. You’ll be able to access the same content at the same quality through both without buying extra hardware. And yes, Roon can ship the audio over your wireless network to the iPad. We do not degrade the quality during wireless transmission, or anything like that. That means that today (with Roon doing no MQA decoding yet), both will play the MQA content without unfolding, and in the future, when the…

If you have read Stereophile part 2 review, you can see MQA doesn’t follow very much to a Hi-Res recording (DXD), in fact it is somewhat 20dB more noise overall from 10kHz to 30kHz, these noise is quite significant because it happens in the audio range. 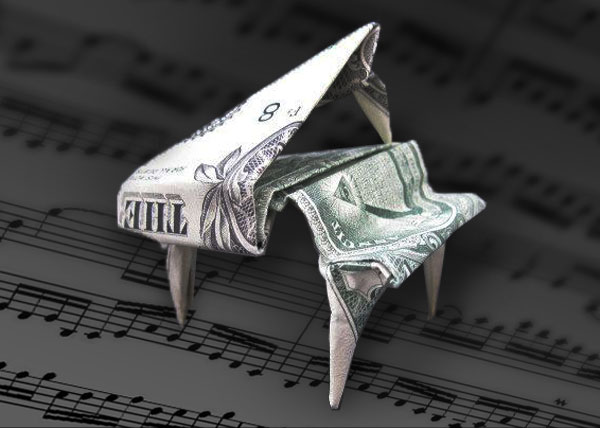 MQA Tested Part 2: Into the Fold

Loss is nothing else but change, and change is Nature's delight.�Marcus Aurelius

In a separate discussion on Aurender A10 streamer, due to MQA ‘leaky’ filter, aliasing got reflected back to the audio range causing distortion.

Sidebar 3: Measurements I measured the Aurender A10 with my Audio Precision SYS2722 system (see the January 2008 "As We See It"), using the Audio Precision's optical digital outputs, and data stored on the A10's internal hard disk and sourced from a...

All these abnormalities doesn’t look good at all for so called MQA ‘Hi-Res’. These are inherent limitations of the format which doesn’t solve anything but creates its set of own problems.

I dont understand the science but MQA (through Audirvana) sounds incredible in my system. I prefer it actually. I am looking forward to Roon releasing a decoder.

Thanks for confirming that, so it looks like Roon will follow Audirvana and Tidal desktop app, doing the first unfold, hopefully there’s an option to up-sample it with some filters to reflect the original recording’s sampling rate especially those beyond 88.2/96k.

hopefully there’s an option to up-sample it with some filters to reflect the original recording’s sampling rate especially those beyond 88.2/96k.

A filter for upsampling that cleans up things similar to what Jussi has done with his specific MQA filter.

Exactly, that’s what I’m hoping for, otherwise people will start asking why Roon indicates the final unfold sampling frequency but only unfold to 88.2/96k.

I wonder how this will work with what Auralic Does with MQA.

I wonder how this will work with what Auralic Does with MQA.

I’ve an Aries Mini which I’m using as endpoint together with Roon. Though it can do MQA using their method, I’ve compared both Auralic and Mytek Brooklyn DAC; in many listening sessions I and my colleagues couldn’t find the difference. I would like to see in a technical measurements whether there’s an extended frequency response beyond the 20kHz to 48kHz and an optimised impulse response.

Yes, will keep running with my HAF filters and see what transpires. Full MQA software decode, then convolution would be ducks nuts.

Of topic, just need Devialet to get their act together and make RAAT compatible and all pieces coming into place with my set-up (realise you got out of Devialet, but I’ve got a 1000Pro, so still hanging in there with them, frustrating as they are).

Well I got rid of mine nearly a year ago now. I wasn’t as frustrated as everyone is right now, I used USB for my insanity in the end.

I could see I would really be a Devialet hater on the good old devialetchat forums if I still had one. I’d be accusing “Confused” of sniffing glue for his optimism. Ah the good old days.

MQA Streaming on iOS with nugs.net: Nugs.net, the home of live music from iconic touring artists such as Pearl Jam, Bruce Springsteen, Metallica, Dead & Company and Phish, is launching the first-ever...

How do you unfold MQA in an iOS when the built-in DACs for iPhone and iPad are limited to 48kHz?

If you attach a Dragonfly DAC to an iOS device you can go higher.