I hesitate to announce that as it has proven to be a false claim in the past. However, much as I love playing around with audio toys I cannot see another sandpit to go to.

The 7.1 Home theatre set up has not changed for some time - 3D and ultra video fidelity do not interest me as I’m happy with the current collection of DVDs & BDs and am currently using it to view TV (every night) anyway most of the time.

The headphone setup with music via ROON has been receiving more attention than it probably deserves but does appear at the end of a sensible road, although suggesting sensibility is a bit of a contradiction 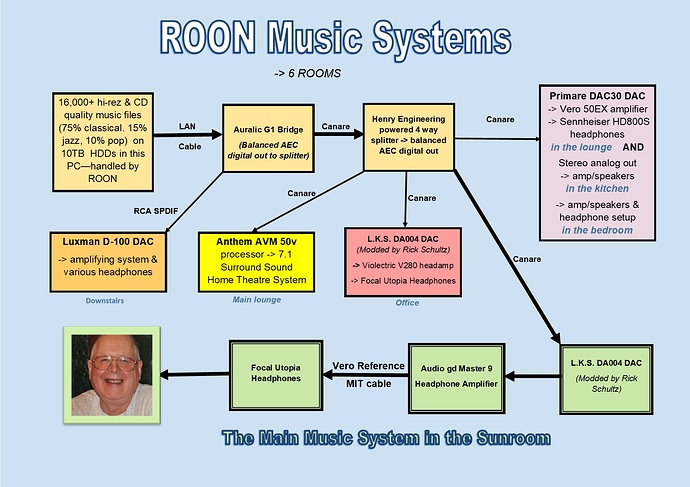 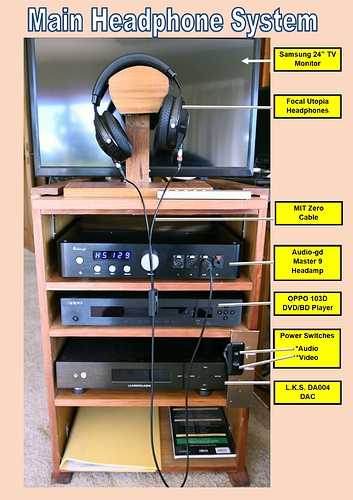 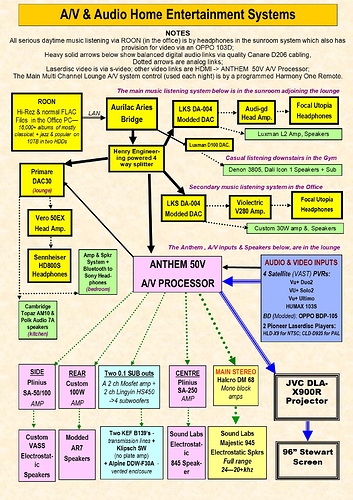 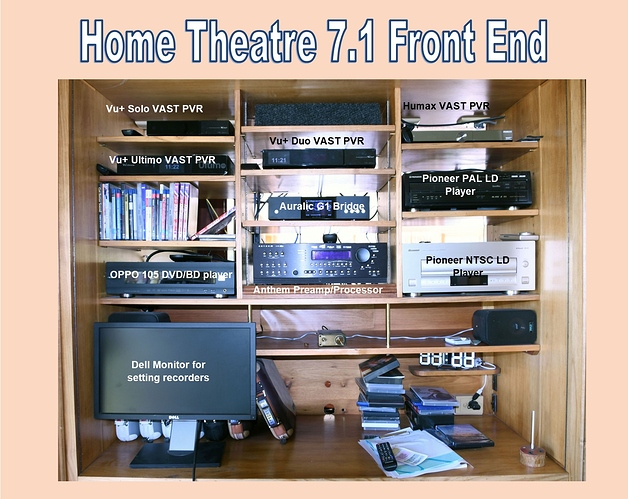 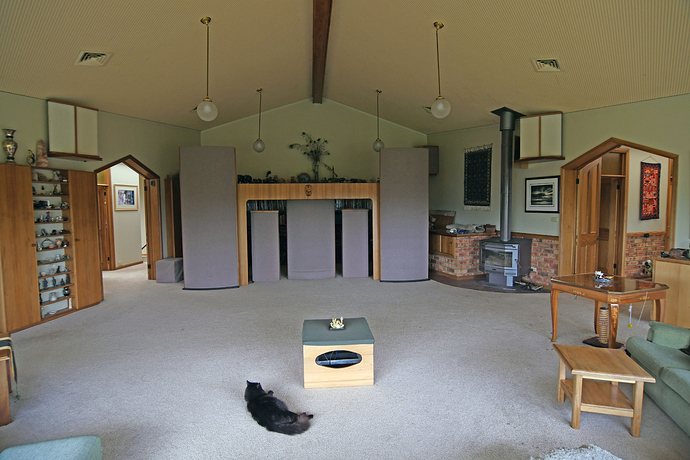 Music via ROON can now pipe to 6 rooms in this house through varying systems indicated below with serious listening via Focal Utopia headphones in a dedicated system. Anyway here is a series of pics and diagrams indicating what could be the end of the road here!!

Next on the horizon – true wireless earplugs! Also, ear conditioning, like room conditioning. After all, silly to just measure the room and ignore the receiving apparatus!

After that, invasive BCI – something like Elon Musk’s brain chip – direct aural stimulation, no need to go through the ears. 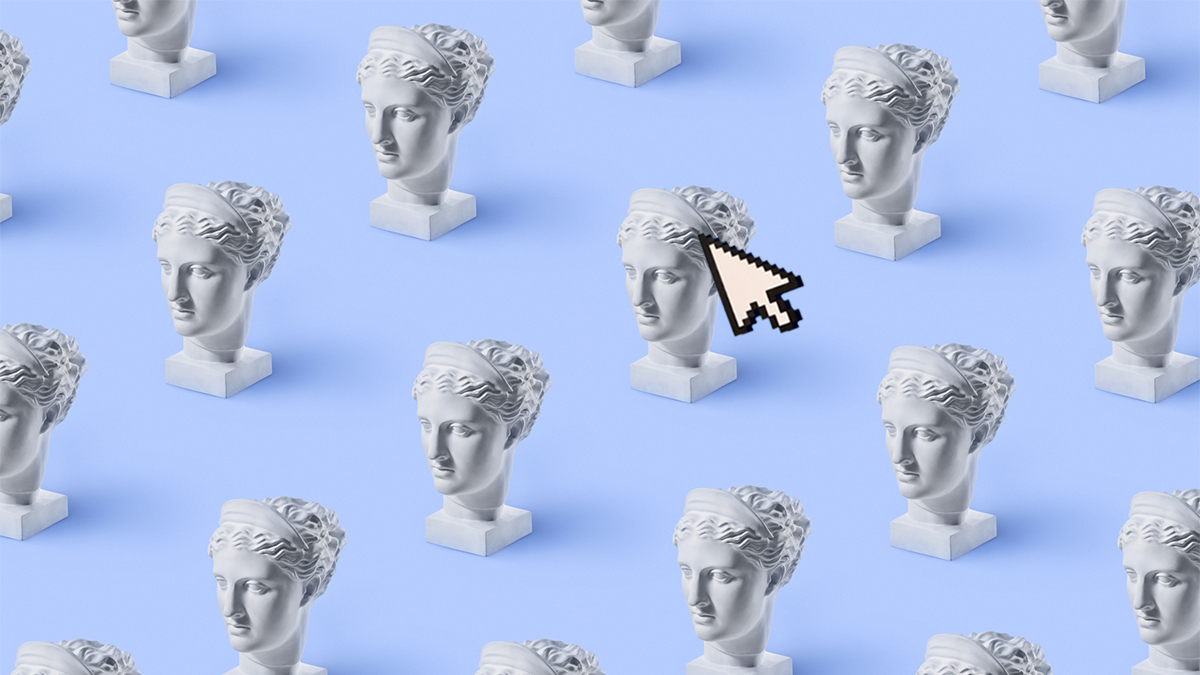 Are You Ready for Tech That Connects to Your Brain?

Who owns that data?