Is the newest Allo BOSS2 available on Ropiee?

thank you very much 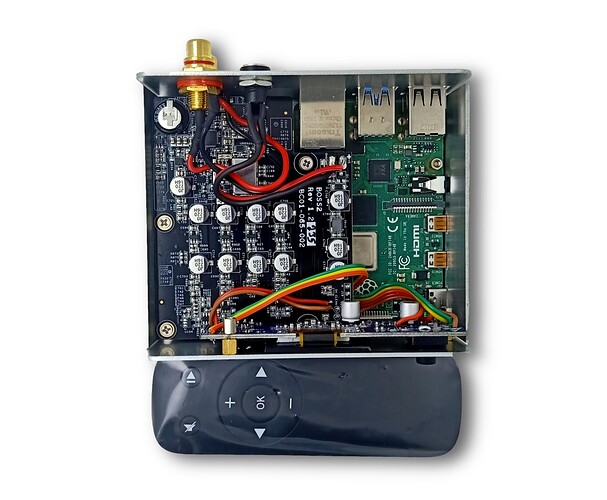 Unit is on it’s way.

Release will be out any day now. It will be limited to audio only for now, so no display.

Thank you. It works flawlessly. You said no display for now, does this mean, that you will integrate the Boss2 OLED application in the future? (this one)
I am not really good at programming and I can’t make it work.

I was able to get my Boss2 OLED screen working with Ropieee, but it took a lot of trial and error.

The install script that Allo provides gets you most of the way there, but you’ll notice that it errors out installing the RPi.GPIO. It’s been a long time since I used a Raspberry Pi for programming projects, so I wasn’t very acquainted in how to fix the error.

No matter what I did I kept getting the same error when trying to install the RPI.GPIO using the setup.py command. Running ‘systemctl’ from an SSH showed that the service for the OLED was installed, but not starting (crashes on start).

Eventually I got it working by installing pip (package installer for python) and using PIP to install the RPI.GPIO. I could check to see if the fix worked immediately by trying to launch the service ( ’ systemctl start ropieee-boss2-oled.service’ ) and then run ‘systemctl’ to see if it was still running.

I also had to use the ‘CFLAGS’ prefix to the PIP command to get pip to install the RPIO, and I have no idea what the CFLAGS are, but I found this suggestion with some google searches.

This is all based on my memory… but I think these are the commands that actually helped:

to install python2 and python2 PIP

to install the RPi.GPIO

I’d have to try again on a new SDCard to verify (I’m afraid of breaking what I already got working. hah). 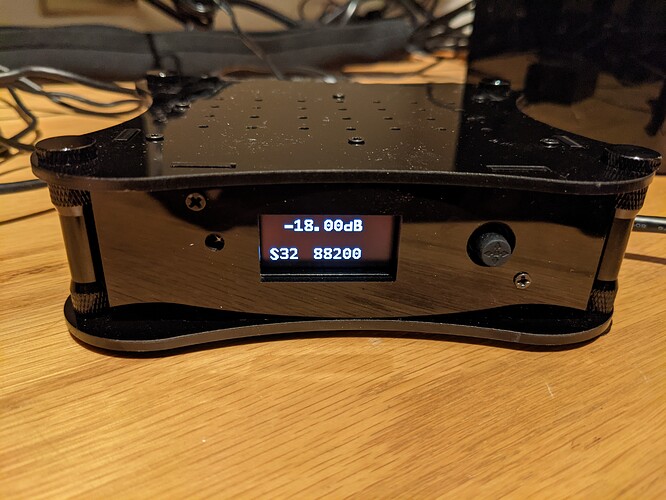 To answer your question about MQA, it looked like my Roon Core was decoding the first unfold, thus I got 88.2k and 192k sample rates on the Boss2. I don’t know anything beyond that. Roon appears to think it is a ‘renderer only’.

Let me know if you still have trouble getting the screen to work. I can try from scratch with an alternate SDCard to see which cmds are actually important.

HI, thank you it works now! I had to experiment a lot, but in the end it’s working.

Glad you got it working! Hopefully Allo will make it easier for the less tech savvy in future script revisions.

Yes it would be nice

And the device sounds better after I enabled the filters. The sound is more soothing and balanced for me. Finally I feel like I have arrived and found the sound I’ve searched .

found this thread while considering getting a Boss2 and using RopieeeXL with it. 3 questions:

Thanks in advance for any answers/help!

My step by step guide for installing the display software:

It may have been explained earlier in the thread, but I’m curious. Can someone explain their aversion to using the default OS Moode which comes with the Boss2 Player? I received my Boss2 Player several weeks ago. I Installed the Roon bridge on it and have been pretty damn pleased. It works very well as a Roon endpoint.

Thanks! still waiting on my Boss2 to arrive. Will try this when it does.

I can’t speak for others but I have two other RPi’s I use as Roon endpoints (and Spotify connect endpoints) that use RopieeeXL…so, its more a matter of comfort. I actually will get mine with Moode, so I intend to play with that for a bit. I have a spare card to test Ropieee, so I’ll try both.

This worked flawlessy Thank you so much! can anyone give me some insight into the filters?

So I had RopieeeXl installed already on a RPI4 that I had a Boss 1.2 on. All I had to do wa sadd the new Boss2 and slap i together and it recognized the Dac. Just had to choose it in menu for Ropiee. Easy peasy, then i installed Putty and did exactly as described in previous post and the Screen started working flawlessly etc. I do have to say it sounds better thus far than the 1.2. Id say its definitely noticeable and worth it.

Thanks for writing up the steps. I was curious if you knew what the various audio filters that the Boss2 do. I’m not familiar with most of them. Do you have any recommended settings?

What filters etc did you enable? All of them?