Is there a less tedious way to shift tracks when identifying albums?

The identify album UI is very tedious when trying to match an album where the track numbers have been shifted. That’s because you have to shift the tracks back one by one.

Here’s an example: I have 21 tracks I need to shift down by 6 positions. The current UI means I need to click 21 * 6 = 126 times, on tiny buttons that move around as I click on them (violating Fitt’s Law). 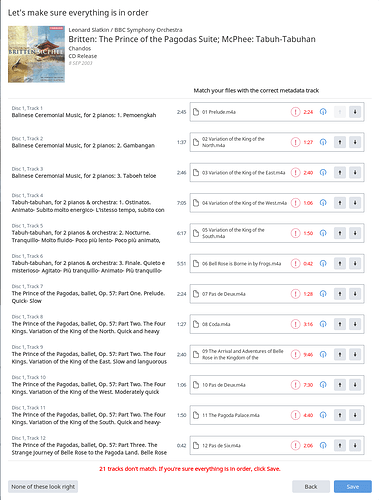 Adding the ability to shift-select tracks to group them then drag-and-drop them would be ideal (the screen should waste less vertical space on white space, as even maximized on my 30" monitor I often cannot see an entire disc at once). A simpler improvement would be to have two buttons for “shift all tracks up” and “shift all tracks down”. Better yet, bind that to up/down cursor keys or PgUp/PgDn.

I tried offsetting the track numbers in iTunes to match the ones in the Roon database using AppleScript, but it’s worse, the tracks get jumbled in the identify UI.

Unfortunately the “Let’s make sure everything is in order” screen doesn’t have the grab handles in Fix Track Grouping. But both of them are awkward screens to use.

I have shifted this thread to Feature Request where it will be seen in relation to future development.

Ah my least favourite part of Roon. This is so badly excecuted (in fact by far the worst I have ever seen in any music player software in the last 15 years) that I have stopped trying to use it.

Agreed. Absolutely unusable and excruciating. Almost like a “what not to do” lesson in UX.

On several occasions I have abandoned moving tracks around due to running out of time or just wishing I hadn’t started in the first place! Unidentified bothers me a lot less now. I just pick them off as and when they pop up in a search or Roon Radio play.

I ended up getting the $36 Keyboard Maestro utility and creating a simple macro: 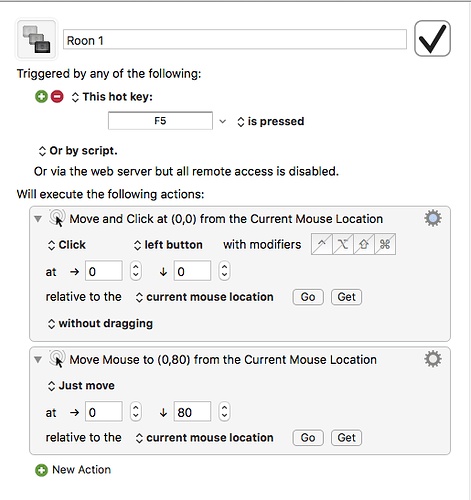 It can be enhanced in the future with loops, but just having to press a hot key repeatedly rather than precisely aim the mouse at a moving button has made a major improvement to the drudgery.

+1
Still desperately needed and actually my number one problem with Roon right now as I try to match my classical pieces to the albums that they came from to gain from the artist information, dates, reviews etc. If my 12 track piece was originally 2nd on a CD of 24 tracks, I need 144 mouse moves and clicks to correct.