Is there no multi zone support for Roon on Synology?

Finally got around giving Roon a try. Moved to bigger place with rooms further apart and eclectic mix of audio devices from ZIPP Speakers, to Cambridge Stremers. So Roon will fit in nice. However , it feels the Sybilogy build is limited versus the h/w based Nucleus ?! Can not find a way to combine zones, when the IOS or Android Apps don’t match up with the instructions on the Roon web pages. I would not be against buying the h/w Nucleus, but like to test the system a bit first

found the issue, seems to be a UI thing ? the group icon does not show up in the UI’s of the IOS nor Android Version

It does, but you have to have two zones running a group able set of end points.

indeed, when I added Roon on my Windows, it found the Sounblaster X4 (and then some) and was able to group the Cambridge 851N
Roon Noob I would say but already getting addicted. 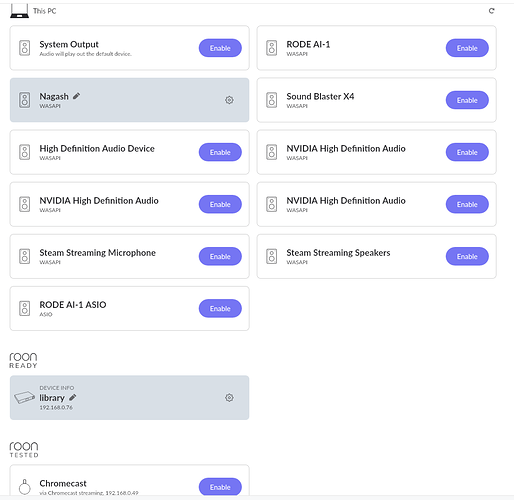