Is this intentional that radio kicks in after queue runs out? [Solved]

I tried a playlist for the first time. Added a few songs last night. Just got around to playing it this afternoon. When my selected songs were over, Roon kept going, matching the style, presumably–like Radio, or “Play Genre”, or something. When I poked around to see what was going on, I found a message saying, "Playing music similar to ‘Watch the Sunrise’ by ‘Big’ " . I don’t know that song, and it wasn’t on my playlist. I checked history and found that two songs had played since the end of my playlist–a David Bowie and a Velvet Underground, both from Tidal.

Yes, by default Roon starts Radio when the queue runs out.

If you want to disable this behavior, you can flip the switch on the right-side half of the queue screen: 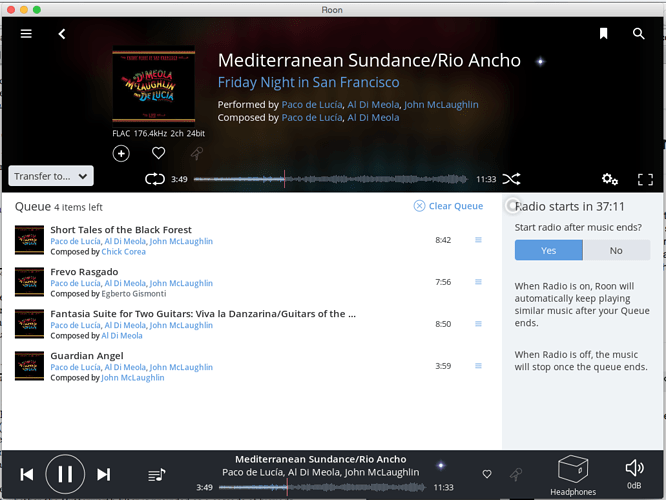 Interesting. What radio does it start? Does it choose a genre? Just apply some similarity algorithm?

Right now, It uses the last song(s) in the queue, but we reserve the right to improve that. That said, most people, including our own team, seem really happy with the result.