In roon version 1.6, this was a terrible problem. It has been reduced somewhat with the 1.7 release (thanks!) but still exists.

First, use the “focus|inspector” to focus on duplicates. Perhaps half of the albums are duplicates. The other half are not duplicates. After selecting one album, the Versions section may contain between two and six or so albums that are clearly unrelated: different composers, performers, works, etc, but they have the same title and same number of tracks.

For example, opening one of the albums titled “Violin Concertos” shows in a set of duplicates with these composer/performers listed as versions:

When I was first exploring this problem over a year ago, I discovered some weird behavior. By using identify in edit metadata, entering some detailed search criteria, and picking the same metadata that was already in use, the album might (or might not!) be removed from the version group. Other times, doing this would cause more albums to be added to the version group. In one case, I truly had a duplicate among the incorrect ones, and after deleting it from the file system, it was replaced by some other album in the version group.

Hi @ezman ---- Can you share some screenshots of specific examples of this? 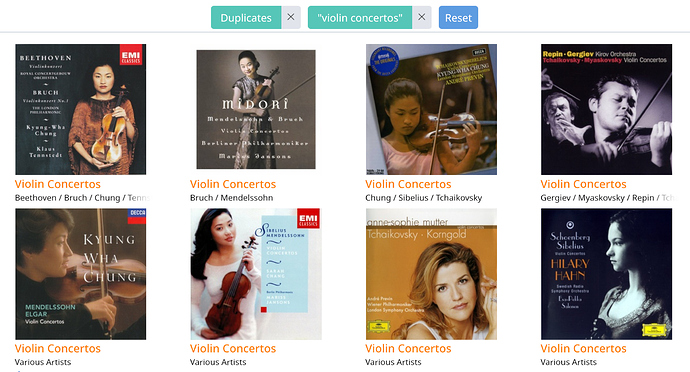 Here are two screenshots of the Versions tab after clicking on the chung/sibelius/tchaikovsky album: 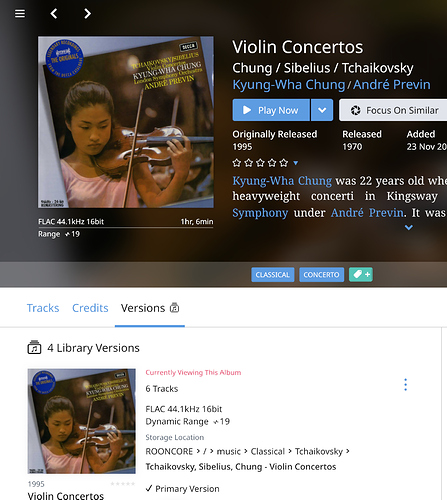 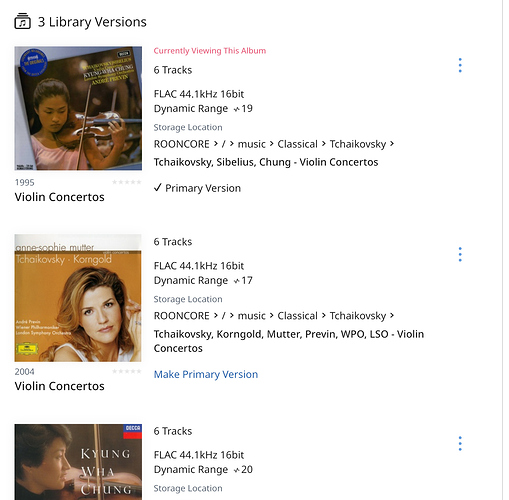 I made no changes to server or data while doing this, and the “processing” spinner was not present or active. Just a bit of serendipity to exercising a bug while trying to document it.