Issue with first track on this album

I would like to report an unusual issue with the first track from the album (played from Tidal) in the following screenshot: 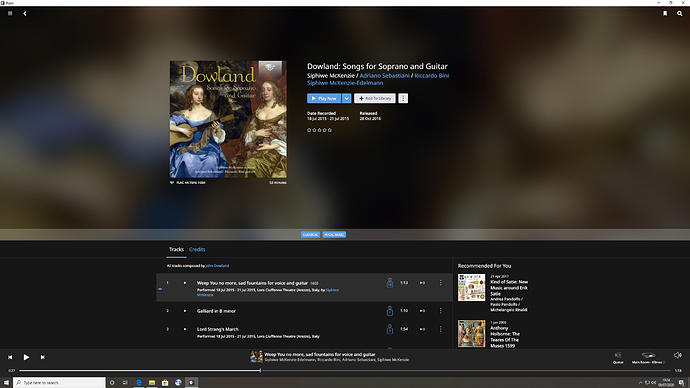 Track 1 on this album appears to have been recorded at the wrong speed. The result is that it sounds like an album track being played at 45 rpm rather than 33 rpm.

The remaining tracks appear to be ok.

I assume that the problem probably lies at the Tidal end - perhaps you could verify this and report the issue to Tidal if it is the case.

I was intrigued by this, so I just played this album to see. The Qobuz version plays correctly, but the Tidal version does not. The track length time in Tidal is half that given in Qobuz, so it looks to me like a Tidal issue.

So as a further check I played it in the Tidal app… hilarious, double speed, so definitely a Tidal issue for that first track, track 2 plays correctly.

Not a Roon issue,

Perhaps there’s a Presto notation in the metadata

This definitely appears to be stemming from TIDAL. Have you reached out to them about this?

Yes, the times are even different between Tidal and Qobuz!

This definitely appears to be stemming from TIDAL. Have you reached out to them about this ?

I have now contacted Tidal twice, but no resolution to the problem.

The first time I reported it, the Tidal support staff assumed that the problem was with Roon, since I had informed them that I use Tidal via Roon. They obviously hadn’t read my full post, and suggested I contact Roon for a solution.

I responded immediately to tell them the problem was definitely at the Tidal end, but I haven’t yet had a reply.

Are you able to facilitate a resolution from Tidal?