Issue with multiple parts (songs) showing up since updating to 1.3

I spoke with Rob Darling at AXPONA, and he suggested I post this issue here.

Ever since updating to Roon 1.3, some selections will have multiple parts, however, in almost every case, each part is the same song. Each part will play before going to the next selection. In addition, a least one album; Tommy (DSD) will show every song, as 24 individual parts, and you cannot play one selection without cycling through every song of the 24. This issue occurs frequently. Probably about 1 in 20 (flat guess). This did not happen until the upgrade.

I appreciate your help!
Thanks,
Gary

Here are a couple screen shots: 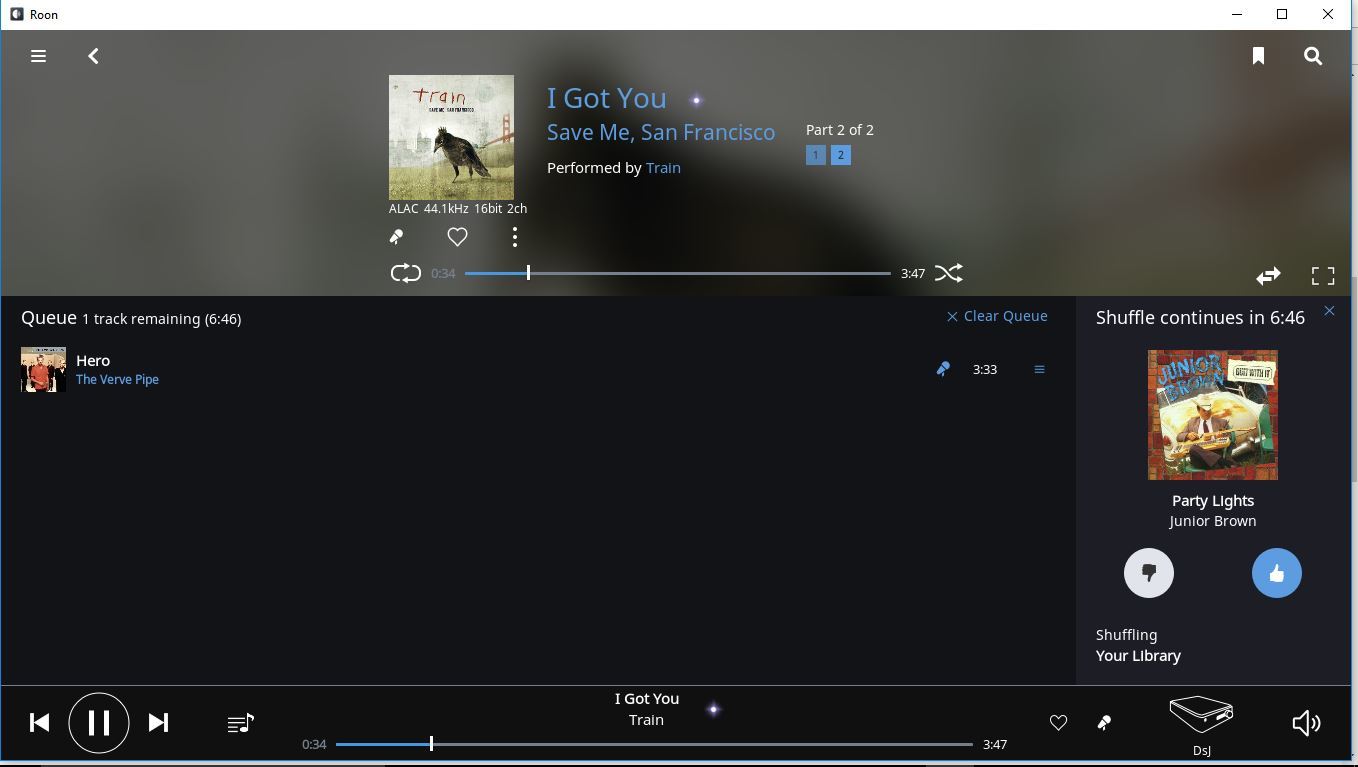 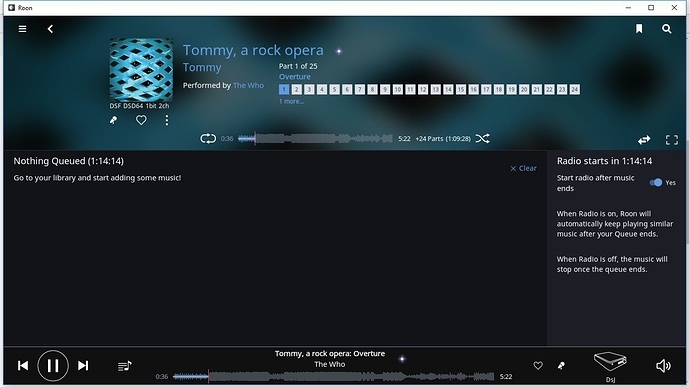 Hi @Gary_Beard ----- Thank you for the report and my apologies for the troubles here. To help aide in my evaluation I would like to kindly ask you to please provide the following:

Roon Core is running on my Win 10 Laptop (I5 with 8megs RAM, Samsung SSD). Most of the time I use Wi-Fi on the laptop, but I’ve also hardwired it with no discernible difference. I also use a Nexus tablet for control sometimes. Most of my files are in Flac or ALAC, ripped previously in JRMC or iTunes. I also have an number of WAV and DSF files.

My audio system changes regularly, but I do not believe I changed anything within my folder structure that would have contributed to the issue. I did not have this issue with 1.2, it started immediately after the update. Rob thought it might have something to do with Roon’s tagging of multiple versions of the same albums, and in fact, I do have quite a few (DSF vs Flac, Remastered versions, etc.), but I think the Train album, for example, is the only copy I have. Also (unfortunately) for some reason, JRMC created a second copy of many of my recordings. Roon seemed to handle the transition without difficulty, but obviously, that could be a factor.

Ok. I think I found one issue (still not sure about Tommy’s problem). It seems that there are multiples of songs. I don’t know whether this happened while updating or before, and updating rescan caused it to show up. These are not different album versions, but simply two songs (sometimes more) that have been renamed with a number after. I have no idea how. But I guess the solution is to delete the duplicates. 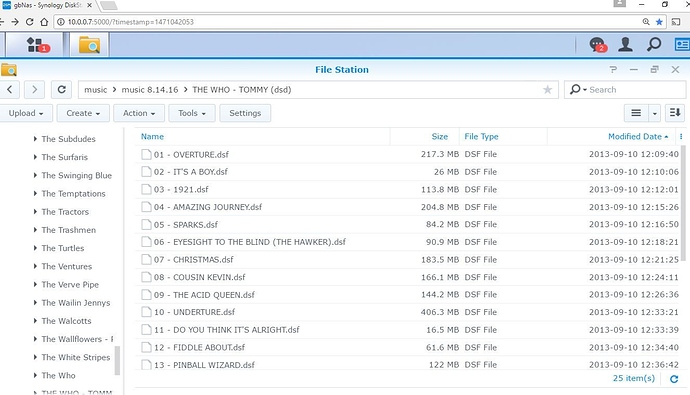 Hi @Gary_Beard ----- Thank you for all of the feedback and my apologies for the wait here.

Moving forward, can you confirm for me if you have you have “show hidden albums” engaged or disengaged under the “general” tab found in settings.

Furthermore, in regard to the “Tommy” album, whenever you have a multi part work open in the queue we display the content as such (example below). Can you provide me a screenshot of what your file tags look like for that album?

No Hidden Albums is not checked.

I’m not sure this snip is not what you are looking for, but here you go: 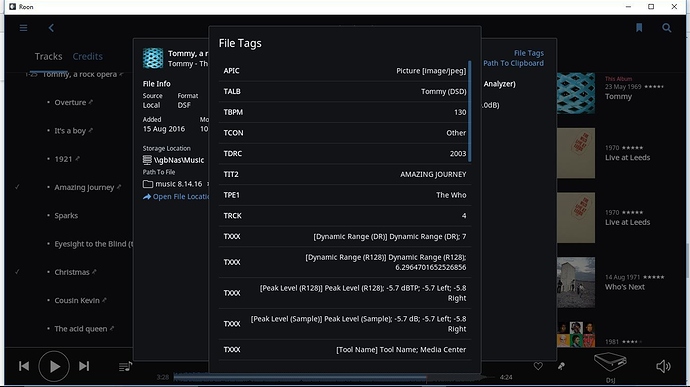 Hi @Gary_Beard ---- My sincere apologies for the wait here. Another user of ours has posted a similar thread in the “Roon Software” section of community addressing the “Tommy” album and our product manager Mike provided the following:

What’s happening here is that our metadata providers consider the whole album to be a single multi-part work, which Roon largely handles in the same way as tracks. The idea is that if you are shuffling classical music, you want to hear a random selection of compositions (ie Beethoven’s 5th followed by Barber’s Adagio for Strings ) as opposed to haphazardly shuffling the various movements because that’s how they’re split up on the CD. Generally speaking this works pretty well for classical musi…