So I have have 3 versions of (I can’t get no ) Satisfaction but only 2 performances. 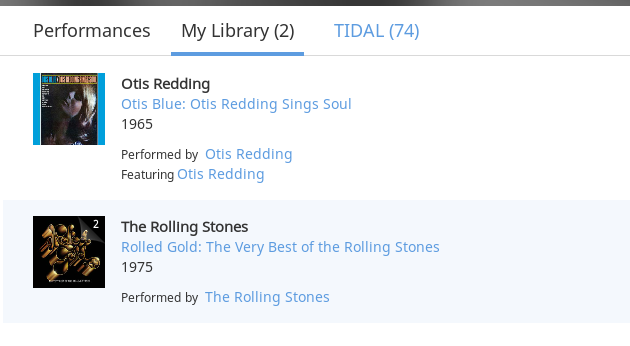 I’m presuming it because the Devo version is Richards / Jagger?

<br**>alas there seems no easy way to change this, I can’t seem to be able to move the position of the composers. 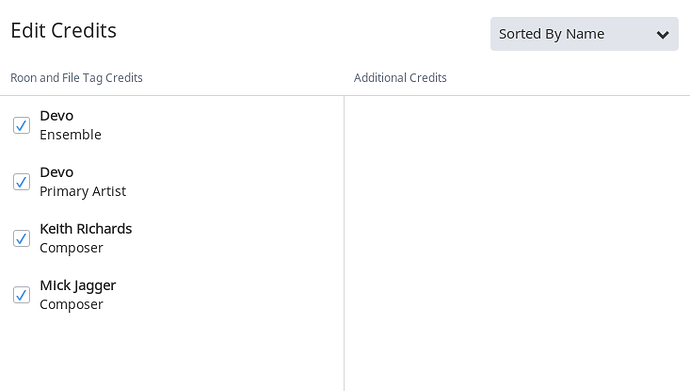 
Am I missing something simple?

Hi John. I don’t think that it has anything to do with position, but this is going to be tricky to debug because we need to figure out exactly which metadata Roon has picked up for your albums and whether or not Roon is also pulling in additional composer information from your file tags. It could also be a client side bug.

I am slightly baffled though, because all these tracks seem have the same composition ID. On the Cloud metadata service side, the composition munging* algorithm appears to have done a pretty good job: for instance, it’s realized that (I Can’t Get No) Satisfaction, attributed on some tracks just to Jagger, is actually the composition by Richards and Jagger.

Let’s start with the Devo track, because the other 3 tracks appear to be okay (two being apparent duplicates of each other - which means that they have the same performance ID).

Can you let me know which Devo metadata you have? A screenshot with specific track titles (even upper/lower-case differences) may allow me to make a positive ID.

I’m not sure exactly what you are asking for wrt metadata hopefully I catch it with the following:

here is the mp3tag view:

Here is the ripping properties of the file. 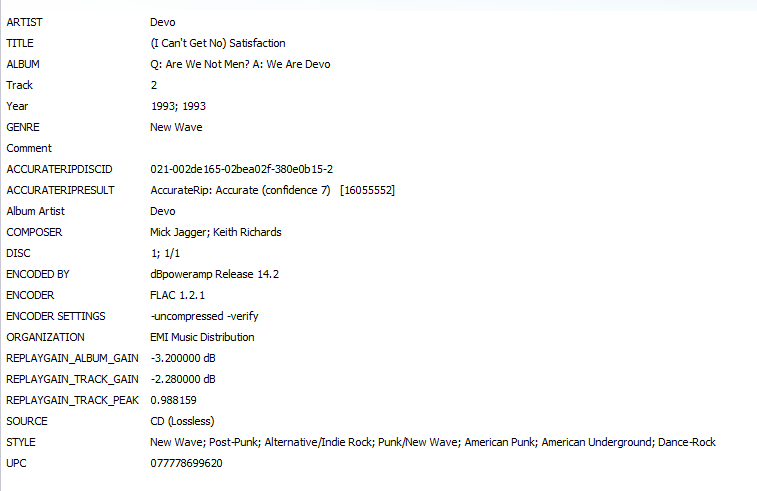 Obviously in itself this is no big issue but it may help rectify a systemic issue if you can find out what’s happening.

Hi John, that may prove to be useful, but what I really wanted was the identified Roon track listings 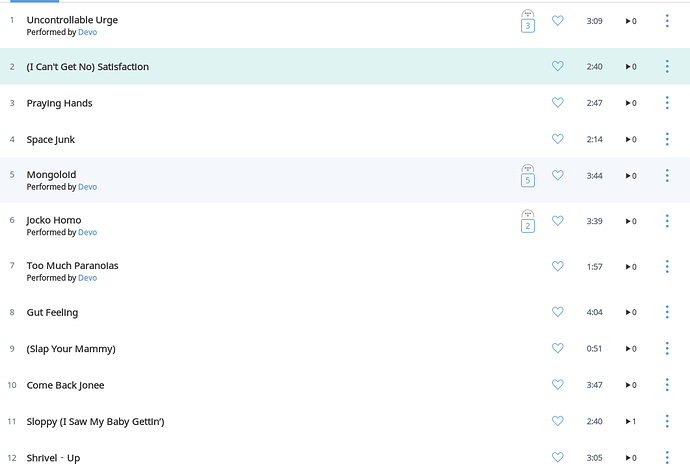 Perfect. You have some lousy MusicBrainz metadata:

Track 2 has no composers, therefore we’ve not associated this track with the Jaggar-Richards composition.

There would still be a chance of saving things on the client if the track title was correct. However, I Can’t Get Me No probably prevents a match with I Can’t Get No. It appears that you have edited the track title and we’re picking up Richards and Jagger from your file tags (or your edits).

My suggestion would be to do a manual search and see if you can pick up alternate (Rovi) metadata, which is good, but has 0:00 track times (which is why we didn’t match your tracks to it).

Doesn’t look like I can get the Rovi data.

No great harm done but generally is it planned that users can manually connect a song to a composition (which would seem the logical answer to situations like this)?

Thanks for the help @joel ,

This may happen eventually, but it’s not currently under discussion. The compositions and performances editing aspects of our data model need some serious thought: we need to get it right first time, not only to provide useful functionality, but critically so that we (Roon) never place users in a situation where we may whack their edits.