Japanese music lyrics is not supported by Roon. I understand that this probably costs money and effort for licenses and stuff, so at least give us the ability to copy and paste our own lyrics into the lyric panel. (this has probably been suggested a lot of times).

Same with detecting Japanese albums and tagging them, not a single one will be found. This is kind of a nitpick because there are external apps like Musicbrainz who can detect and fix them.

can you give us an example of an album you have that musicbrainz can match that roon couldnt?

One example here, as I’ve had detection issues as well 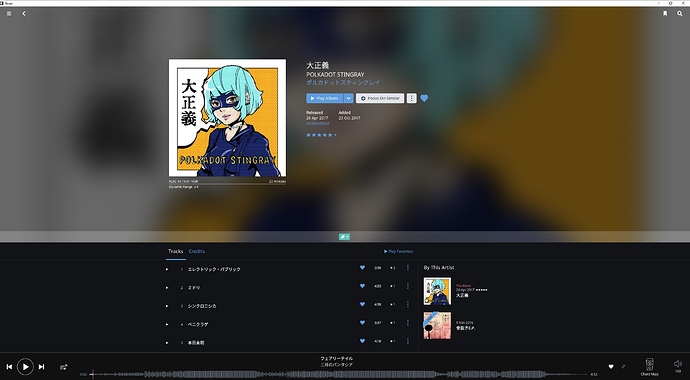 Roon however does, identify this album by the same artist but displays the Latin album title and track names rather than the original Japanese which is not ideal. 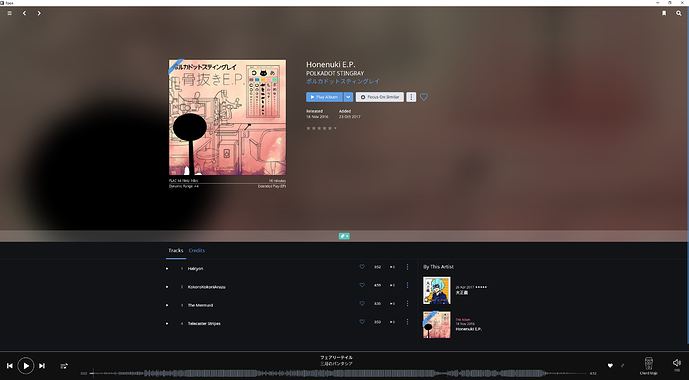 I see similar things with other Japanese albums (Korean and Chinese as well) and normally have to set metadata preferences to prefer file tags over Roon data to display the correct tags. 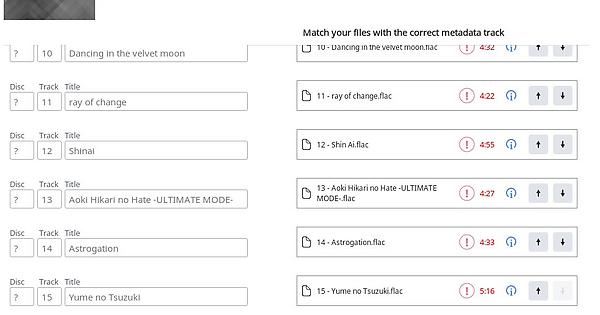 In the second and third picture, I’m using Foobar’s Freedb and Musicbrainz plugins, and they both nail it.

I’m kind of new to this program and not sure where Roon gets its tags from. Freedb and musicbrainz are both great and nail it 99% of the time. 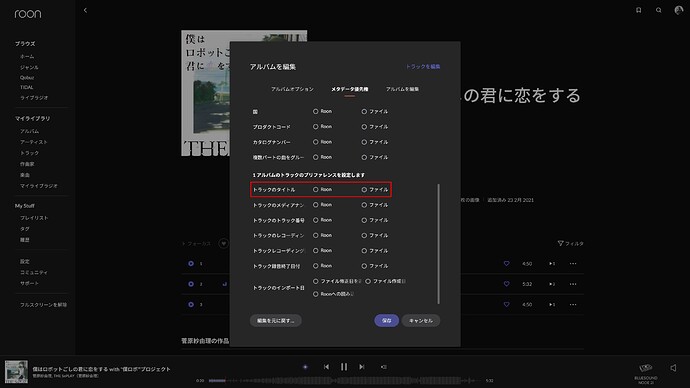 After the album is identified, it can be used by from the file metadata.

But there is a problem. It is only valid for files like flac that can insert id3 data. If you use wav, you still have to edit for each song yourself.