Have you made it a favourite in your Tidal app? It should feed through to Roon pretty quickly then.

Interesting, I didn’t know this trick !

But it didn’t work for me for this album. I even closed Roon and re-opened

Strange that he wouldn’t release his new album in MQA on his own streaming service.

There is a lag between release and the metadata filtering down from the Tidal systems to the Roon systems … it used be a few days but it’s closer to a day now.

I’d give it 24 hours and then check again.

It’s a shame because as the boss of Tidal, you would think he would try and sneak at least one album onto the “New Albums” section…he could do with a little more exposure, no? 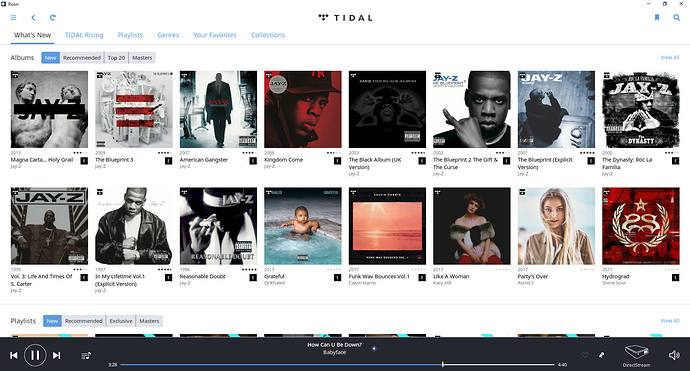 Have you made it a favourite in your Tidal app? It should feed through to Roon pretty quickly then

Got to ask, but what’s pretty quickly from your experience with this tactic? Anything you did to trigger it perhaps, other than closing/re-openning Roon?

I’ve noticed Friday’s new releases show up late on Thursday a few times, but not always be playable. It could just be a release timing thing across time zones.

Sorry to the OP for the delay. For myself (and perhaps many of us,) I’m glad of an extra 24 hours without it.