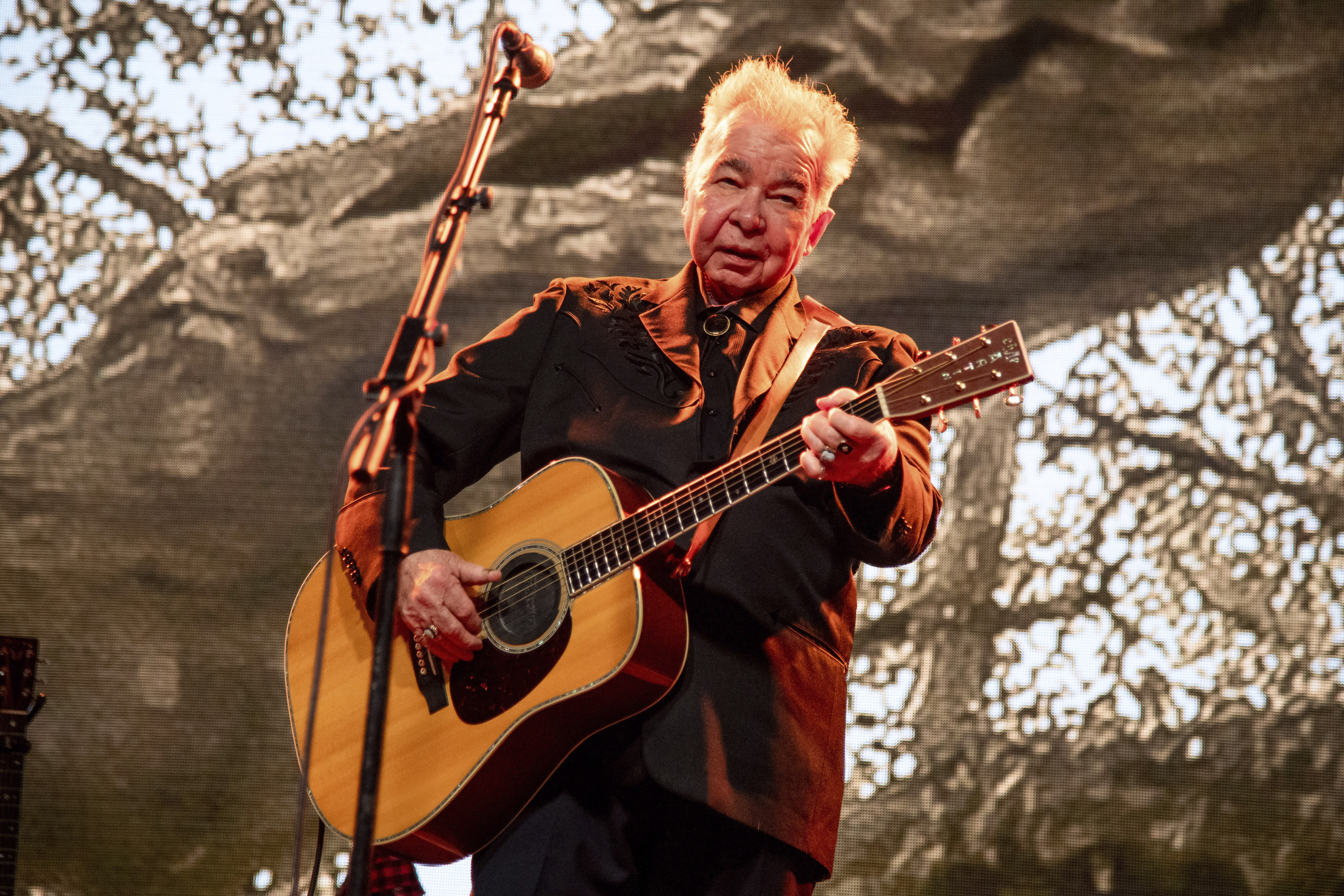 The family of John Prine says the singer-songwriter is critically ill and has been placed on a ventilator while being treated for COVID-19-type symptoms. A message posted on Prine's Twitter page Sunday said the “Angel from Montgomery” singer has...

Very worrying in view of his battles with lung cancer and the removal of part of a lung.

I have been a big fan of John Prine since the early 70s.

Best wishes to John and his family, and to all others impacted by the COVID-19 virus.

When I Get to Heaven

When I get to heaven, I’m gonna shake God’s hand
Thank him for more blessings than one man can stand
Then I’m gonna get a guitar and start a rock-n-roll band
Check into a swell hotel; ain’t the afterlife grand?

And then I’m gonna get a cocktail: vodka and ginger ale
Yeah, I’m gonna smoke a cigarette that’s nine miles long
I’m gonna kiss that pretty girl on the tilt-a-whirl
‘Cause this old man is goin’ to town

Time is a monster. 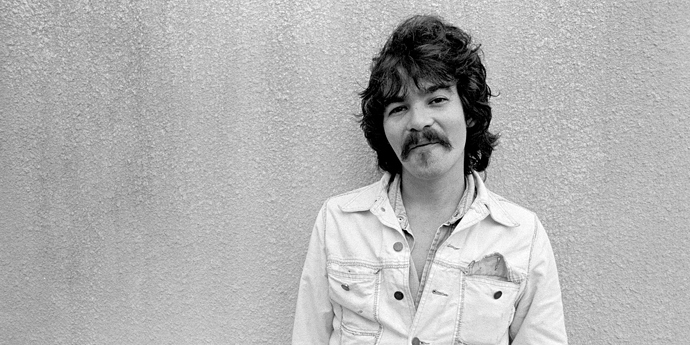 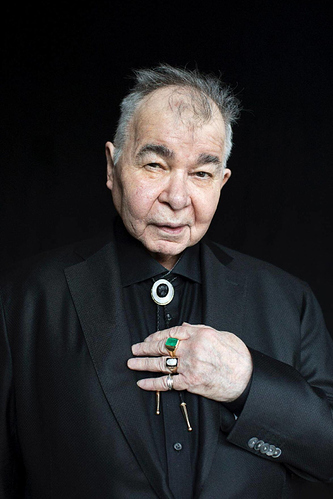 Poor John Prine has the Corona virus and is in hospital 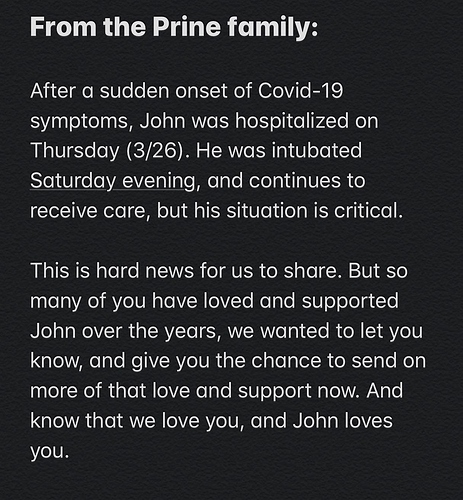 John Prine - a truly great song writer and performer.
Our thoughts and prayers are with you.

Here’s a gorgeous cover & tribute of John Prine’s Summer’s End from Adrianne of Big Thief fame. Fairly sure I posted a Big Thief album in what are we listening to 2020 thread. For those that don’t know them - they’ve released 4 albums (2 last year) & are approximately 70’s inspired indie folk/rock. Adrianne & Buck (guitarist), have also respectively released solo albums, the latter semi- country.

adrianne lenker on Instagram: “from @john_prine’s latest record ‘tree of...

4,646 Likes, 155 Comments - adrianne lenker (@adriannelenker) on Instagram: “from @john_prine’s latest record ‘tree of forgiveness’. I’m beyond grateful for the gift of his…”

At the time of writing here this tribute hasn’t been uploaded to youtube and is only available as per this link.

John Prine ‘Stable on the Respirator’ After Hospitalization

John Prine 'Stable on the Respirator' After Hospitalization

Singer remains in intensive care after being hospitalized for the coronavirus