I tried “cleaning” it up via M3 Tag but I still get the following result for both discs. Roon identifies & recognises it, showing the correct track identification BUT it will not translate into the correct display. 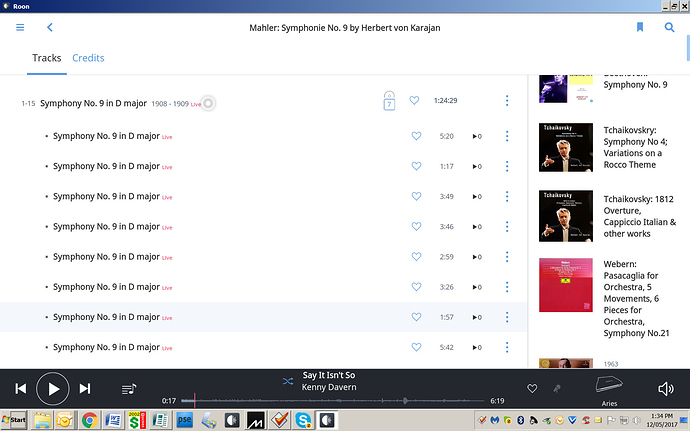 Interesting. I’m seeing the same thing. Even though I’ve set Roon to display file metadata for this 2 disc album, it resolutely refuses to do so.

If I try re-identifying the album, then for a split second I see the file metadata being displayed: 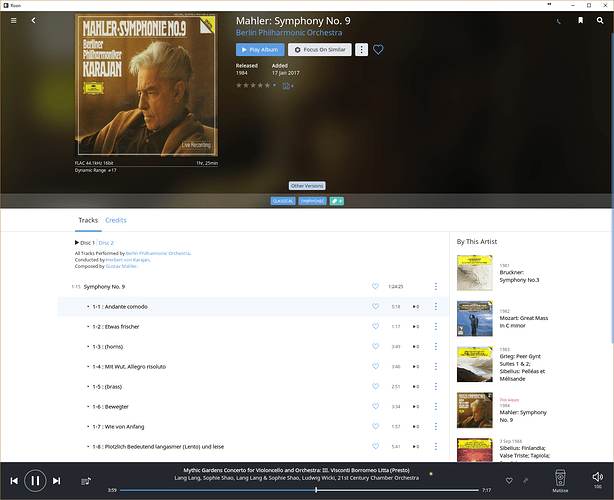 But then the display reverts to Roon’s bland track listing: 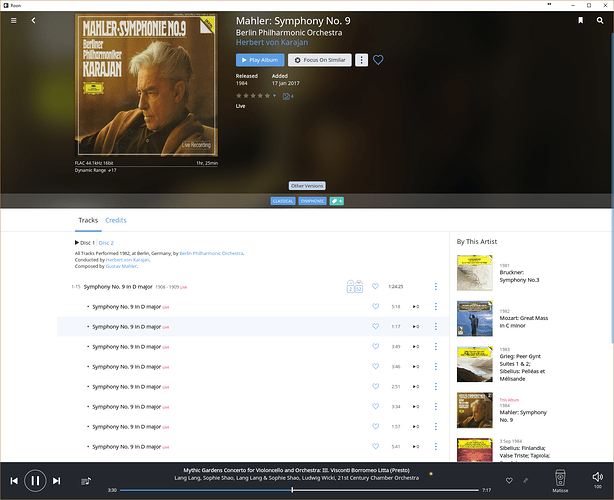 Weird. No problem here with this work. In my case, the recording is identified from the “Karajan 1980s” boxset, disc 33-34. 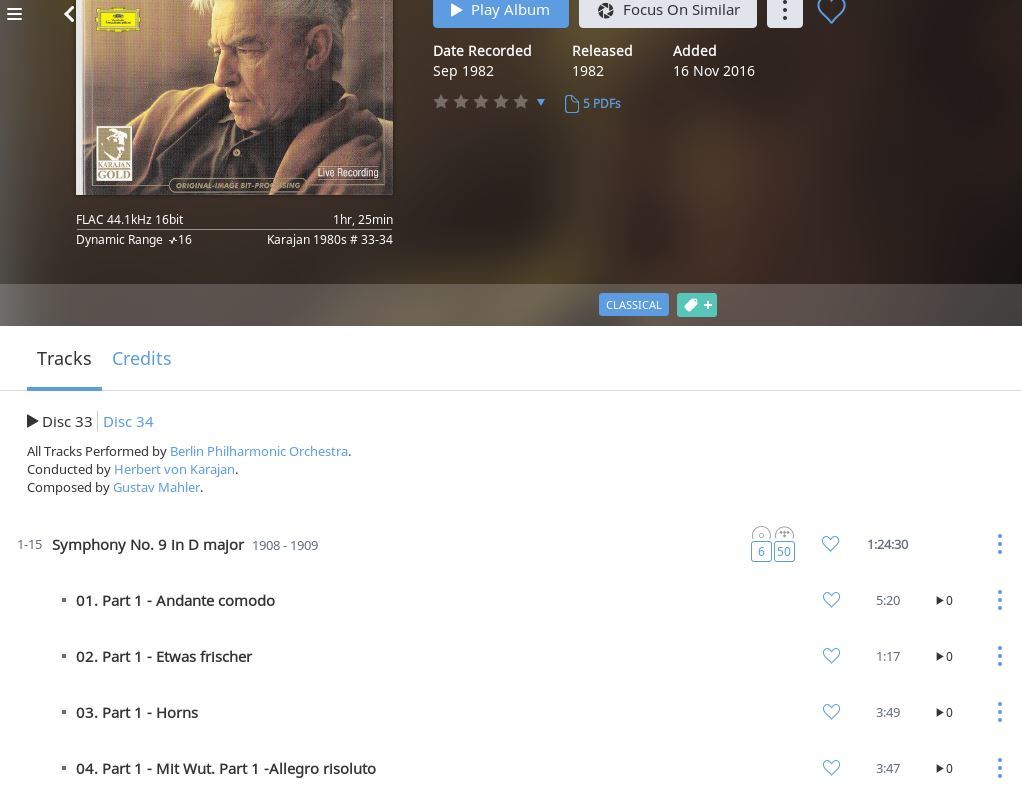 To add to the mystery:

I had previously loaded this same file into Sooloos with that same result. So I laboriously edited each track so it displayed correctly in that system.

BUT, in the process of downloading that file to Roon it gets corrupted again and will not display properly in Roon. That really baffles me because edited tracks in Sooloos usually show up correctly, as edited, in Roon. So what is so odd about this album??? 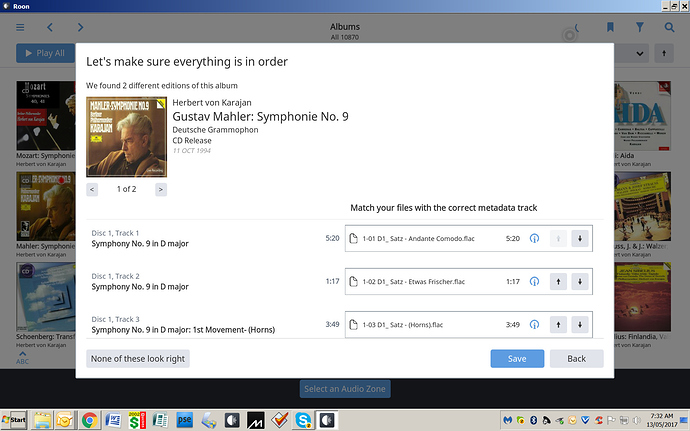 This worked for me:
Re identify the album, but select “none of these look right” until you can “use basic file information”. Then identify and select the 2013 version, which should give tracks names, but you’ll lose a few credits…

Yes that works here too. Thanks.

Sort of frustrating the hoops required to jump through sometimes.