I’ve moderated all the posts talking about other posters.

All anyone can say about timing is that when Roon has previewed new features to DAR in the past, public release has followed “shortly”.

As cool as this is going to be it sounds like it will leave room for devices from Sonore, Also, and others that do full RAAT and can do multi-room with multiple Kefs. I haven’t pulled the trigger on a set for the bedroom but I’m pretty close. But I like simplicity so the fewer devices plugged in the better.

“I live in Carlsbad”

Small world - I live downtown, my folks are in Carlsbad. CEDIA sounds like fund but that $$ could be better appropriated to other uses.

I am so very happy I bought a lifetime sub to Roon a couple years ago… using it to drive my Naim Muso in the bedroom and now the LS50Ws in the living room (in addition to headphone systems connected to my laptop) - multi-zone w/ room correction, just so much power, so much convenience, lovely UI, just can’t gush enough.

This is a wonderful news. Now I can sell away my USB stuffs. This announcement is a bit late before I had bought myself a Bluesound Node 2. Luckily, it is not an expensive item. Now, eagerly awaiting for the new Roon update.

Now, if Deezer Hifi is supported in Roon, that’s even better.

Oh cool - my CEO is actually in town for Cedia he offered to get me in today. I’m unclear from Darko’s article if there will be a specific time for an unveiling/demonstration of this feature, assuming at the Roon booth?

Just got an update to my KEF app… hhhmmm…not at home so can’t test it out.

Oh cool - my CEO is actually in town for Cedia he offered to get me in today. I’m unclear from Darko’s article if there will be a specific time for an unveiling/demonstration of this feature, assuming at the Roon booth?

KEF has an exhibit at CEDIA in booth 3629, I am told they have the LS50/Roon integration as one of the things they are demoing there. I’m not at the show, and don’t have any other inside information, so I might be mistaken here. Roon is in booth 5803, but I don’t believe we have the LS50W’s set up there.

Just got an update to my KEF app… hhhmmm…not at home so can’t test it out.

I just checked it out. All it says is minor bug fix. Doesn’t sound like anything Roon related. Released on 9/5/2017.

Thanks Ben! I should be heading over momentarily.

And from one software dev to another - thank you much for working out this implementation! I know it’s not just some UPnP thing due to the gapless and without modifying the LS50’s firmware it must be a rather clever approach you took.

I’m very curious to know how it works and what level of RAAT functionality it supports. According to DarKo you can’t do multi-room with another set of Kef’s so that is probably a clue of some sort.

What stands are people using with their LS50s?

Anyone not using stands?

With the Kef ls50w becoming a roon endpoint, how does this impact the value of using a rendu / sotm type device?

I am interested in this as well. I have a cheap pair of stands that could stand (pun not intended) to be upgraded.

Also, do thé KEFs have a phono input?

They have rca inputs which digitize the record when playing. Seems people like it…

Ask and you shall receive…

Sound is honestly pretty terrible in the facility, but it looks cool. 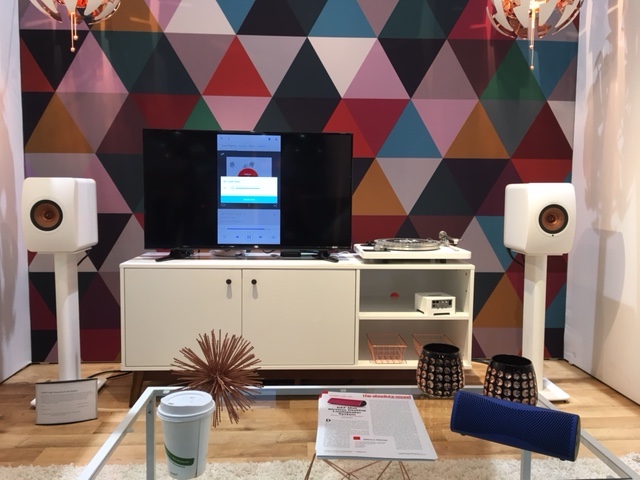 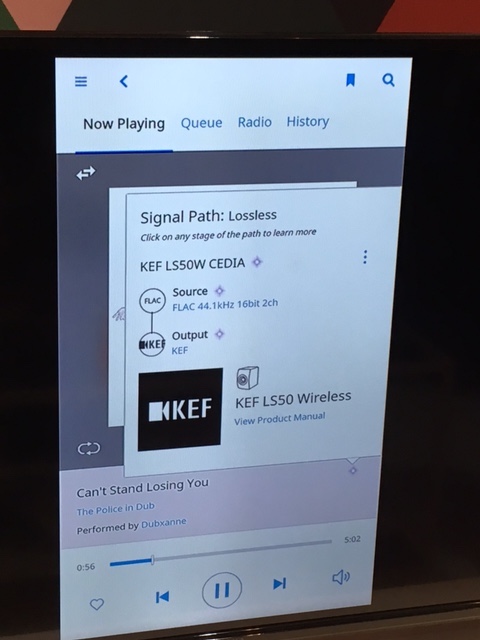 This was at the Kef booth, they were certainly proud of the effort. I also headed over to Roon where they had all sorts of upcoming integrations on display. Chatted about the LS50s a a bit and was told why there is a delay and it’s a totally reasonable one. Also got a bit of insight into how they’re achieving this. In any case, It’s just about ready for primetime.

One other thing that was pretty cool, at least for me, is seeing that the Naim Muso units will finally become Roon endpoints sometime over the next year. The LS50Ws are the living room system, a Muso is in the bedroom which is using Airplay right now so I am definitely looking forward to the bump in audio quality all around. So much exciting stuff is coming down the pike for 3rd party integrations in general. I love this company, just killer what they do with only a dozen employees.

… and chatted with them about the LS50s and was told where there is a delay and it’s a totally reasonable one. Also got a bit of insight into how they’re achieving this. In any case, It’s definitely just about ready for primetime.

I am sure I am not the only one who will ask … but care to expand on the above?!

When you say there is a delay you mean a sonic delay with the workaround or a delay in getting this out to market?

And what was the insight you were given into how they are achieving this?

Not a sonic delay, just some issue they’re tracking down. As far as how they’re achieving this it was a “we’re definitely not doing that” wink/nod sort of thing I promised not to repeat.