I am new Roon user, and recent subscriber. My set up is: Roon is on my iMac (i7, 24 gb RAM), and I am streaming via wifi to Kef LS 50 wireless speakers. @support

I have noticed a couple things:

a. When first starting to play something from Tidal, I notice a lag between starting play and hearing sound.

Is that normal for Tidal (or other non-downloaded) music via the above setup?

b. Tidal music occasionally drops for a period of X seconds; when this occurs, Roon app seems to indicate music is playing- although progress bar stops. While I have not tested extensively, this does not appear to be a problem when playing non-Tidal sources. For example, I have also set up the Kefs as a Sonos zone for occasional use in that mode, I don’t notice the problem when playing music or radio via Sonos to Kef, or playing Apple Music-sourced music via Roon to Kefs (or Sonos to Kefs); most of the Apple library is downloaded, and that may be the reason in part for the difference.

My understanding is Tidal needs more bandwidth than other sources I may use, and that I might have a wifi problem (though I don’t have frequent issues with other streaming/data uses). I am in the process of revamping my Internet setup, one result of which will be the ability to connect both my Kefs and Mac to Ethernet. I am hopeful that doing so will eliminate or minimize this issue.

I was just wondering if there a Roon-Tidal-Kef issue of some sort that causes initial playback lag as well as subsequent hangs.

c. Finally, I have downloaded most of my Apple music library, and assume Roon knows it is downloaded, i.e. plays it from my hard drive as opposed to streaming it from the cloud, as the above initial lag does not seem to occur. I have looked for some indication on downloaded albums in Roon library, as well as non-downloaded Apple music albums that appear in my Roon library, but didn’t seem to be able to find something to tell me whether an album is downloaded or just part of my collection but not downloaded.

Is there something that distinguishes the location, i.e. downloaded or not? Thanks. 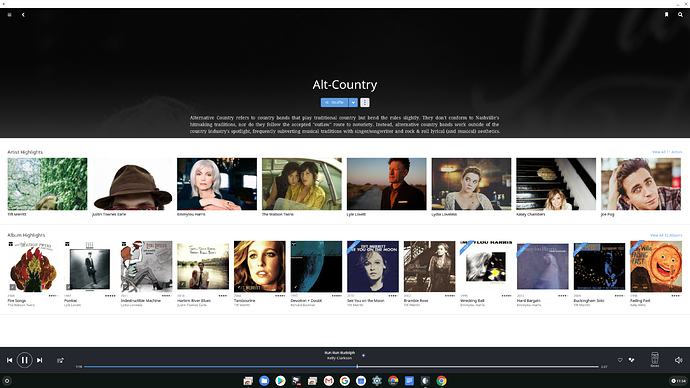 Thanks for contacting support, I’d be happy to go over these issues with you.

A: Yes, a slight delay is expected while buffering TIDAL content and the connection to the KEF speakers are made, if you have tracks queued up, the delay should be significantly shorter after the initial startup and you should also be able to set up the LS50s with Crossfade to automatically transition to the next track (in Roon -> Zone Settings).

B: The TIDAL music dropping for X seconds is not expected, I would double check your network setup here. I have often seen that changing the Router’s DNS servers to Google DNS or Cloudflare has helped users with similar issues in the past.

Please also let me know your current or intended network setup and I will check to see if we have optimization recommendations for that specific gear, please be sure to also list the model/manufacturer for the gear and check to see that networking device is on our Networking Best Practices Page . The most important aspect here would be to connect everything via Ethernet as you suggested.

D: I have moved your post over to the support section so that we can keep a closer eye on this thread and assist as you leave feedback.

FYI I finally connected computer and LS 50’s to Ethernet, and the issue described in (b) above- Tidal music dropping from time to time- seems to have been resolved. Thanks.

I have a couple other questions/comment, but will post those elsewhere.