What amazes me is not that Roon fails occasionally on Tidal albums, but that is does such a good job of cleaning Tidal’s Augean stable. However, in this case, when works are listed in the queue, they have lost their names and timings, it seems: 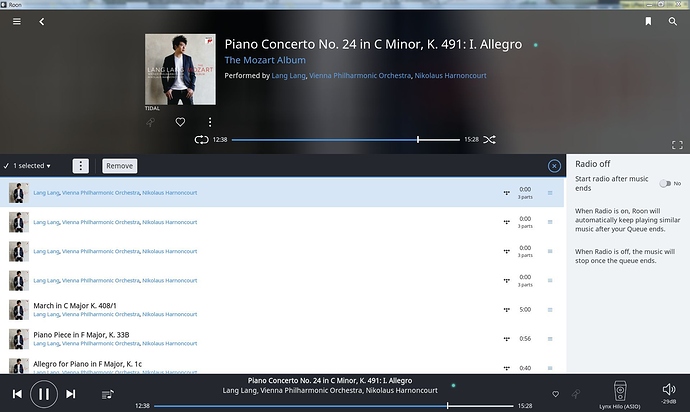 Also, is there a way of asking to play one disc of a multidisc album (like this one) without having to group-select all the tracks or works on it?

On the Abum screen if you click Disk 1, Disk 2 etc under the Tracks and Credits tabs then you can Play a single Disk.

Thanks for the report, I’ve popped it into Support/Metadata where @joel will pick it up.

@andybob - Thanks! I had missed the triangle next to Disk 1, Disk2, etc.

You’re not the only one!

Great tip, but why make it totally invisible to start with?
Edit:
(I refer to that all other clickable objects are colored light blue, not that i don’t see the arrow)

@joel - you helped with my other report, but perhaps you didn’t see this one (about missing information in the queue display).