Was doing a little research on finding the cheapest way to attach a Roon Bridge to a clock radio with AUX and thought I’d ask the community.

Here’s my idea for a build with all pricing current MSRP of this post:

I’ve told my wife there is no cheaper option and all these parts are required to get Roon onto the clock radio. She has stoped talking to me about this project so I thought the community could help. Do you think there is a cheaper option? Have I budgeted enough for the printer?

All joking aside… minus the 3D printer, which I’m trying to convince we need, do you have other suggestions than the Pi Zero W and the HiFi Berry Hat? At ~$45 that seems like the cheapest option I can find without constructing my own audio circuit on the Zero (which is a little beyond my skill level). It’d be a bit cheaper (a Zero W board is $10 on its own) if I wanted to just mount the Zero on the cardboard box it comes shipped in but I’m not sure I want it that exposed.

Enjoy your weekend and thanks for your suggestions.

RPi 3b+ with DietPi-install and elCheapo case using the 3.5mm analogue out does the job - no fiddling with anything other than configuring DietPi.

Yup, this is a few bucks more than the Zero solution but may be worth the extra few bucks to avoid having to solder the header onto the Zero.

RPi zero won’t run roon bridge as it’s not a 64bit cpu I think or it’s arm6 maybe. 3b is your best bet or 4b if you can as it supports 5ghz WiFi too.

Chromecast is not RAAT

4b if you can as it supports 5ghz WiFi too.

Not quite correct, since 3B+ supports 5GHz as well…

Chromecast Audio. Done. I have one (actually 3 but two are still in box) in use feeding a little amp in a reading nook via analog. Works reliably on 24/96 content.

Thanks for this. I didn’t start using Pis until the 4 was almost released. Did some digging and Zero is 3 generations back. It’s not because its 32-bit (as I don’t believe 64 bit is required) but the architecture is:

So… now someone gets to correct me but… Bridge should be compatible with any 3 or 4 Pi as those are v8 architecture. Bridge should work on any armv7 based cpu that has a floating point processor (thats the _h_ard _f_loat in the file name). This means bridge *should work on a Pi 2? But it won’t work on the zero.

I’ve decided to get a Raspberry Pi 3 A+ for this project. It’s a $25 board and includes the 3.5mm stereo phono jack. That makes it cheaper than my original shopping list. I’ll update in a week if anyone wants to know how it preforms.

In conclusion… the cheapest Bridge that meets my qualifications appears to be a Pi 3 A+, mount it on the cardboard its shipped in, get a cheap power supply, get a cheap microSD card, you should have a bridge for somewhere near $35-$45.

You won’t find the 3.5mm any use whatsoever ever as most audio distros disable it…sounds like crap.

Get a proper dac hat please…I’m being blunt here but you’re best served getting even the cheapest dac hat you can find.

The OP is hooking it up to a clock radio.

Yes… my clock radio already “sounds like crap” I don’t believe the streamer is going to make it sound worse. If it does, then I’ll add a HAT. Test, improve, test again. Hail science!

Even the cheapest USB dac or a dragonfly v1 would suffice.

Haven’t compared the 3A+ to the 3B+, but the latter sounded quite okay on DietPi RAAT Roonbridge with a Creative SoundWorks 745 in my kitchen… that said, the RPi 1B+ 3.5mm output indeed sounded like crap!

Two very different boards. The 3 A+ is, basically, a depopulated (less ports smaller board) 3 B+. This is what I plan on using.

The older, A+, is same architecture as Zero and won’t run Bridge.

What software were you running on the 1B+?

I ran it with Diet Pi

I’ve decided to get a Raspberry Pi 3 A+ for this project.

Cool. That’s what I was just about to suggest.

OK, project mostly complete. I will probably add a DAC HAT and if I get a 3D printer I’ll be printing a custom case.
Parts List:

How does it sound?
Not great! But we knew that. It is audibly noisy with clicks and crackles in the high frequencies randomly but predictably. This whole set-up would see a significant upgrade with a DAC HAT which I will do eventually. For background music it meets my expectation and at lower volume, when across the room, I don’t notice it. One of the things I didn’t think about is that the volume on the Pi is set at 100 so I can use the volume on the radio. This amplifies the noise and makes using a DAC HAT a really good idea. If I was controlling volume from ALSA I don’t think the noise would be such an issue. The other thing I didn’t realize is that all Pi’s use a TRRS 3.5mm plug so they can supply composite video out this port + audio. That’s the proverbial nail in the coffin to getting any clean audio out of the Pi’s 3.5mm.

Notes (and why the 30-pin):
After starting this post I had the idea to use the Apple 30-pin connector on the radio to power the Pi; saving a power brick. I also thought, maybe, the radio would tie the analog audio pins of the 30-pin to aux and 1 cable would get me both power and audio. Well, the power worked! The radio supplies a nice 5v across the 30-pin at all times, even when off, and that is working great (no low voltage warnings). However, I couldn’t get any audio to work via the “iPod” input as it kept searching for an iPod and then went into standby. I had to use the 3.5mm AUX jack on the back of the radio. Everything else worked as expected. 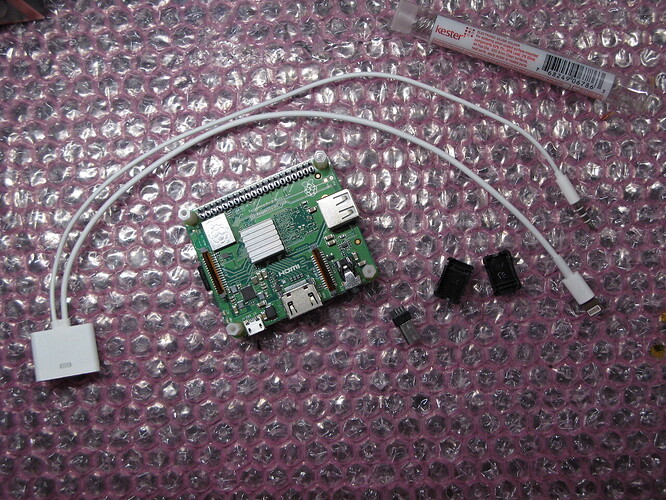 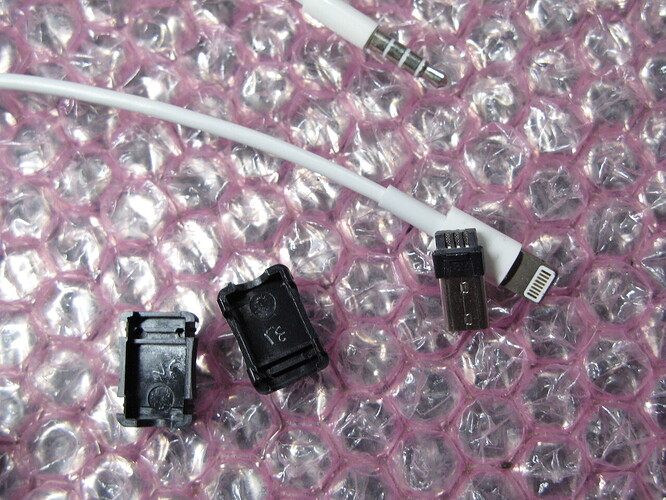 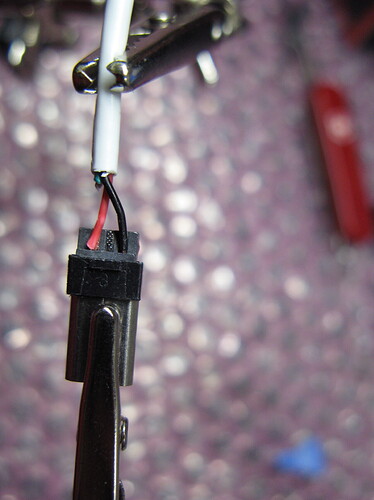 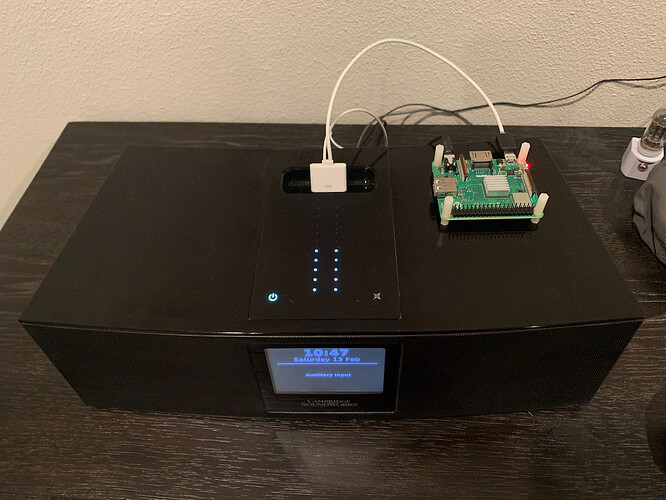 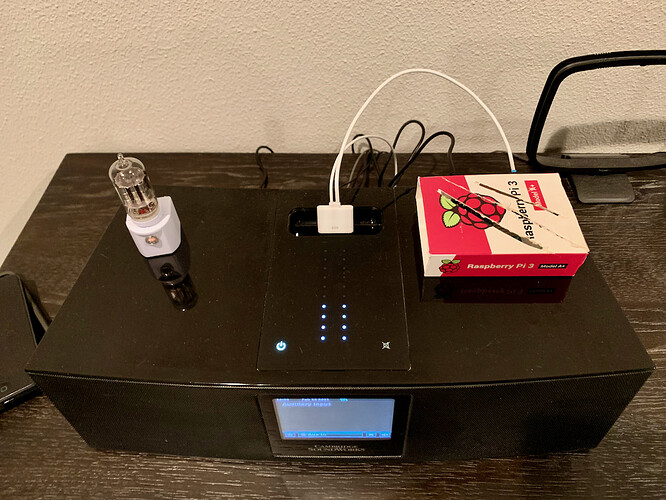 …and no. You don’t get to see my solder job because I’m terrible at it and I’d only be embarrassing myself. Thanks for reading though.