The version that Roon finds is no longer available. Other versions are available within TIDAL, and when favorited do appear in Roon. But with the search from within Roon only finding one albm that is unplayable, this is an issue.

Tidal two disk version playing fine in Australia. Is this the version you see ? 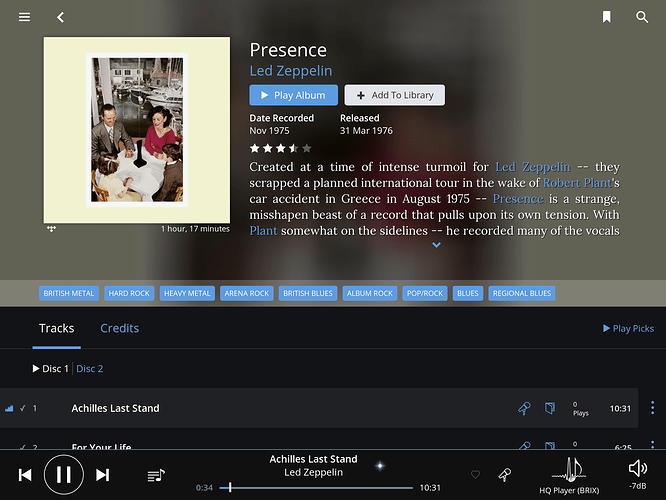 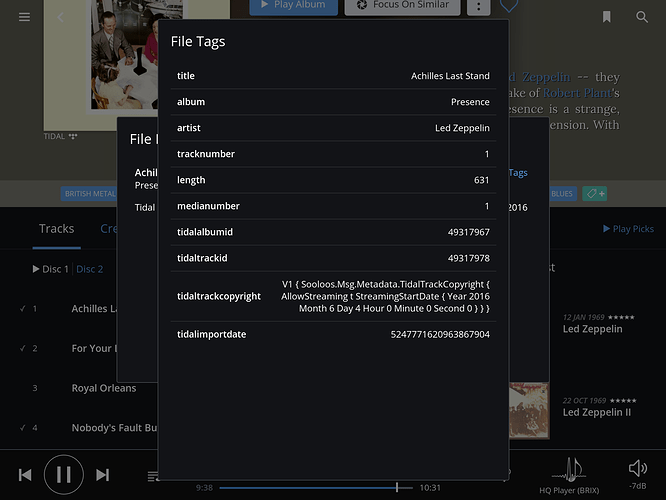 Thanks for this thread, it’s a fine excuse for listening to LZ (not a high hurdle) and I think I prefer this Tidal mix to my CD rip (can hear more of JPJ).

I am able to bring up and play the two album version pictured above by andybob on Tidal in the United States.

Nope. I get the 1 disc version only here in the U.S., and it gives me the (this track is not available" error. In the TIDAL app itself, I get the 2 disc version you see.

Everything in the Cache folder, or just all the TIDAL files? I have a TIDAL folder in there and a TIDAL file.

I’ve always just deleted the Cache folder, as per the link, and not had a problem. Roon rebuilds the Cache and pulls in fresh Tidal data when doing so.

I just deleted the TIDAL files. That seems to have done it. Odd.