two artists with the same name:

both credited to this album, but only “the blue stars (of france)” is correct (even though the cover reports only “les blue stars”):

while the link of “les blue stars” directs to:

which has nothing to do with the album.
so, the french group is “the blue stars”
NY group is “les blue stars”…
quite confusing

i can solve it here for this album, but wanted to post it…

@support, This never seems to have been resolved. 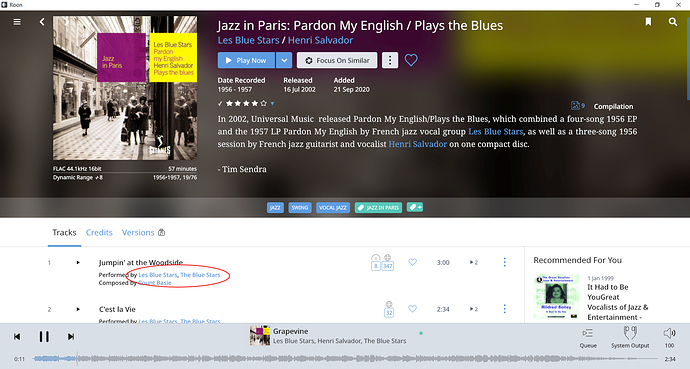 Going through the process of re-importing a largish library that I first imported about 2 years ago I am seeing a lot of duplicate credits that I do not remember seeing first time around. Mostly these are duplicate correct credits, but there are also duplicate incorrect credits as in this case. There seems to have been a marked increase in duplicate credits due to changes at around about the ver. 1.6 release. Can this be looked into? There are a number of posts on this now, so there does seem to be a pattern perhaps caused by conflicting / overlapping metadata from multiple metadata sources.

Yes.
in my library the french group “The blues stars of France” has disappeared (see first post).
it has apparently been identified with the American group 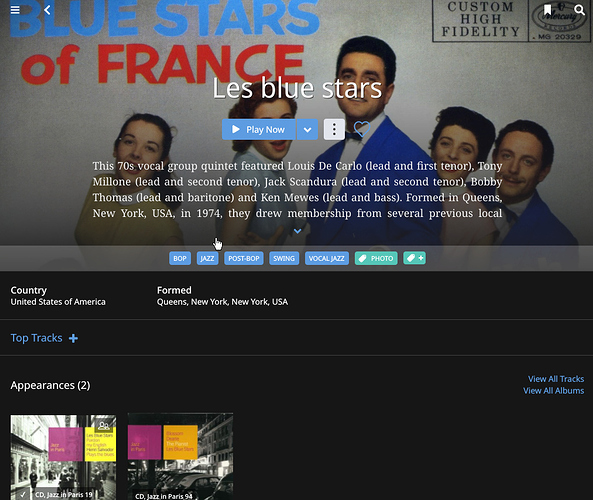 see in particular that the artist picture is a custom one, that i had put to the french group and has been “migrated” by roon to the american group.
in this, 2 more “blue stars” have appeared and been mixed up with the others: 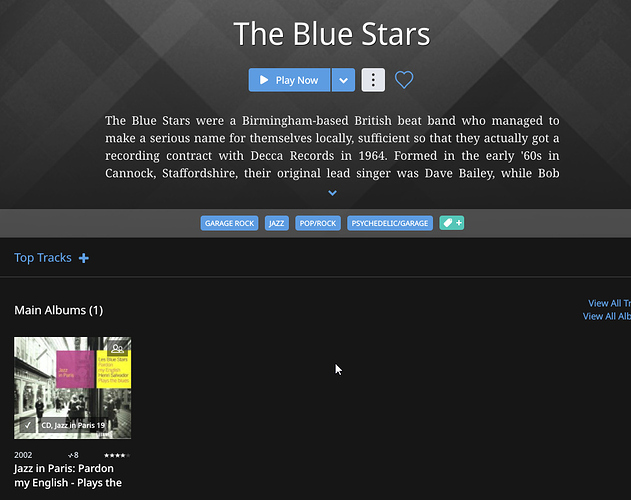 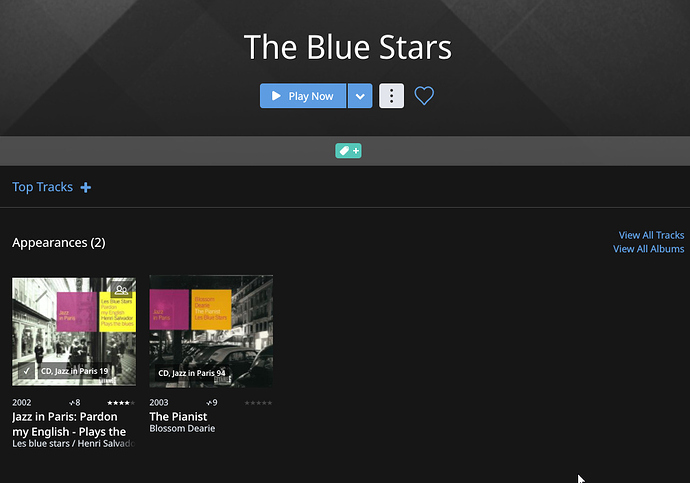 quite sad, the correct french group is not there anymore…
N

After a lot of fiddling about I managed to find the correct French group.

All in all, a lot of manual editing required.

there used to be a french artist page

This is trial and error because in cases like this when adding a credit roon presents a list of all credits with the same name with no obvious way of distinguishing them.

yes, this is the common behavior. but i think it did not use to be the way it worked in the past.
in the past, it seems to me that when roon had no infos about the album and found a file tag it was not able to associate with an artist, it created a “new artist”.
then, if you knew who the artist was, and had another occurrence somewhere in the library, you could merge.

now it seems to me, as you noted, that anytime roon meets a file tag (=always in my library), and already has that artist in its metadata for the album, it does not do the logical thing (i.e. nothing) but adds any other artist with matching (or almost matching) name.
i agree this is happening since 1.6. but i’m not sure…

I was able to find another Les Blue Stars not merged with the American groups but only after adding “Pardon my English” from Qobuz. It has none of the artist bio or artwork from your screenshot. However it does at least have all the links to all the albums and appearances for the correct Les Blue Stars that are available on Qobuz. 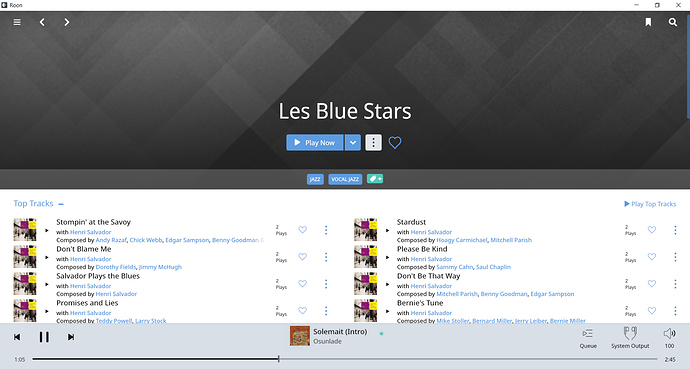 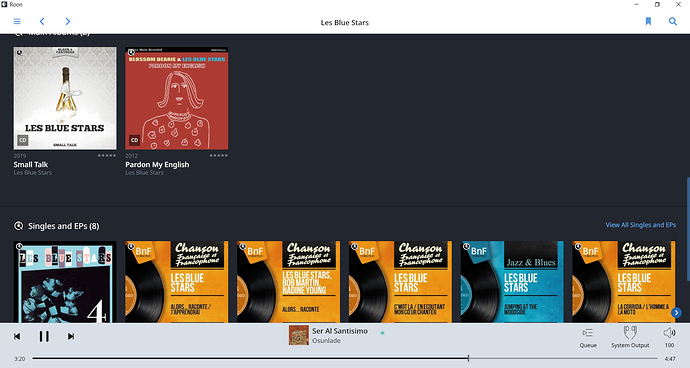