I have the same MA one box setup with the same headphones and also very happy with it.
A match made in heaven

Also makes a very decent Streamer to another amplifier if you unplug the headphones as well, either through phono or XLR.

I was surprised to see one reviewer saying it was it’s best feature. Maybe trying to drive the wrong headphones. 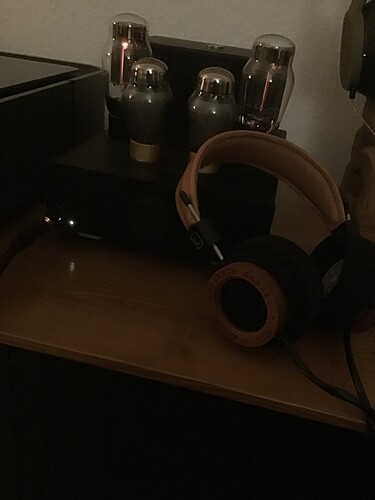 This is a great song and it sounds fabulous. 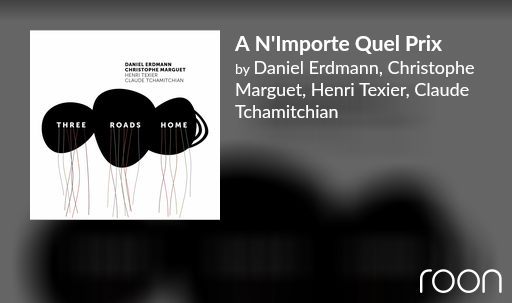 About a year ago, I realized I could not get the best possible sound out of my system without some efforts in acoustic room treatment and this was pretty much rejected altogether by my loved one.
So out of desperation I bought a Focal Arche and a Clear.
Hooked since!
Recently switched the Clear for a Stellia.
Now I’m listening mostly with the cans, the b&w 702s are rarely used for music now.
And I had to rethink a few things about hifi gear: never thought a dac would make much of a difference,but with some good resolving headphones there is quite some difference. I tried some cheaper dacs/ amps but soon got spoiled by the Arche

Now I would love to hear some planars, the LCD 5 …

I’d never used my HD800’s with my Mojo/Poly combo until last night.

I have been using Sony WH1000XM3 noise cancelling headphones for the office desk, but after a couple years during the pandemic where I was spoiled to be around my speakers at home, going back to the Sonys isn’t cutting it, so I decided to invest in some headphone gear.

I got a great open box deal on a pair of Meze LIRIC closed back headphones (essential feature for the office) and picked up a Schiit Magni 3+ headphone amp to pair with a Schiit Modius that I yanked out of my main system.

I am still getting used to the sound of the Mezes. I would say that are very refined, but sometimes they sound hyper-refined, where there really isn’t much visceral impact to the music. I will order a Loki EQ to see if I can’t tailor the sound a bit for my liking.

While I have a couple of other headphones (Grado SR80 and Sony MDR-V600), none of them are in the class of the Meze Lirics so it is a learning curve for sure.

I always thought that the Loki seems a perfect little device to give back some control over the sounds.
Hopefully that gives you what you want from the headphones

Focal Elear connected to a Questyle CMA400i balanced DAC/Amp on my Mac, until a month ago, when I upgraded to a Utopia, the Elears being relegated to bedroom duty.

I have lived with the Meze Lirics for a while, but I upped the Schiit stack to a Magnius/Lokius/Modius stack. It seems that the better gear I throw at the Lirics, the better they sound (hehe, surprise!). Anyway, I gotta stop, as this gear just sits at work, and I only take the headphones home night, and I don’t want a thousand dollars in gear sitting in a cubicle.

Anyway, the refined sound I am getting from these headphones is outstanding. I was tweaking with the Loki+ quite a bit, but the new stack requires little tweaking, thus far. Pure enjoyment. I stream a lot of hi-res, but I also play a lot of local 44.1/16 files. It all sounds great.

I’m super happy with the Meze Liric as well.

I use them with a Singxer SA1 in one room and a SMSL SP400 In another room.

The Singxer stays in class A most of the time since the Liric are not that demanding really. But I have to say I prefer the super clean SMSL SP400 with its THX modules.

Beautiful headphones. Still looking for a nice DAP to use them with.

I am running balanced behind the stack but 3.5 out to the cans. Have you grabbed the copper XLR cables for the LIRIC from Meze? They look choice! It is that and the Asgaard 2 to finish my 2022 bucket list.*

(I turn 50 this month, and this is my concerted effort of using focal vocabulary whilst tipsy.

I have a custom copper cable that is silver coated from somewhere else. Both my stacks

I use a XLR cable for the Liric as well.

The Cambridge stack upsamples to 384khz pcm and the SMSL stack to DSD512.

No you are not… 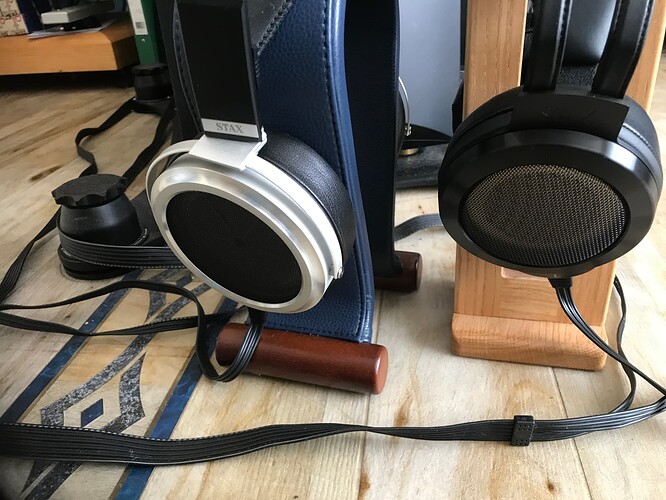 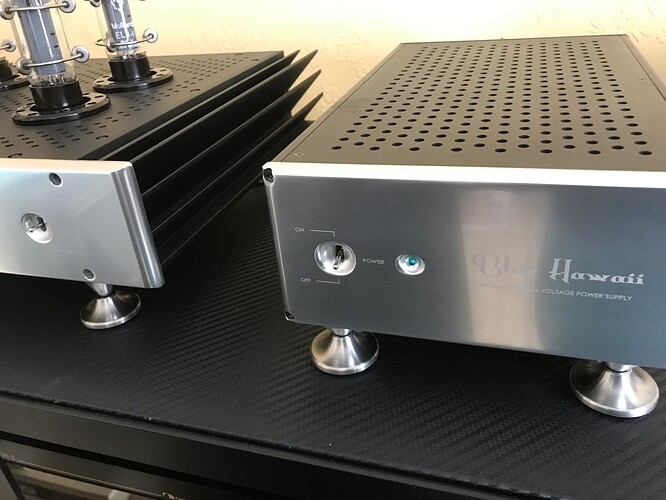 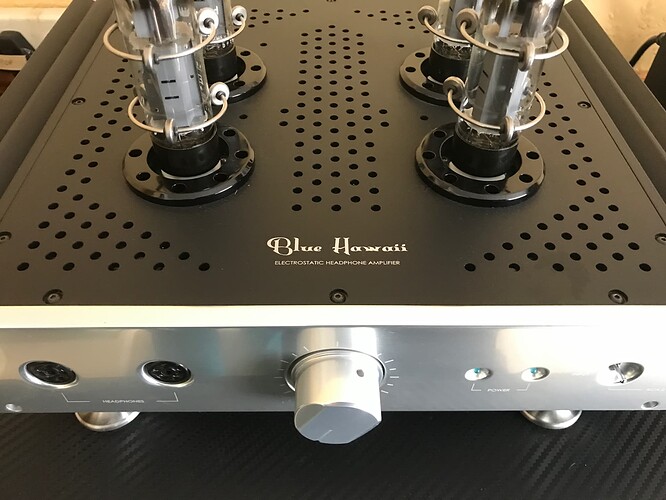 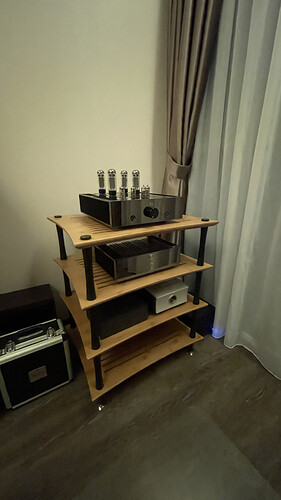 My serious listening is 100% phones, I don’t even have speakers , just a sound bar !

I recently went on the hunt for new headphones only to find I couldn’t find demos to listen. I had to buy from the US on spec with no returns policy

This was for Grado, Focal, Audeze, no one has any for audition, only Sennheiser has a presence in South Africa currently. Hopefully Focal will be here in the next months.

So I went to Sennheiser and had my HD800 (not s) checked out for adherence to spec and then renovated with new pads, new cable and new headband. While I was there I auditioned the HDV800 amp and realised I was missing out. I even got a chance to listen the Orpheus ( a mere $60k)

Long story short I finally settled for the Naim Unity Atom Headphone Edition. Now 2 months in WOW , I never believed in burn in , I am now a convert. The final mod was to add a balanced cable.

I cut my teeth on SR3 way back in the 70’s they finally fell apart. They were MAGIC . I had moved onto speakers by that stage finishing up with Quad ESL 63s

I headed back to headphones when I retired, my wife bought me a pair of Sennheiser HD800 on the proviso I didn’t sing along

I now listen only on headphones. My wife (SWMBO) is averse to 70’s rock and Harpsichords

But glad you are happy with device.

Have you ever auditioned ZMF?

Its the same problem, South Africa is a country of extremes with massive unemployment and extreme poverty in much of the population it simply is difficult to support hi end products of any kind. Cars are probably the exception where all the high end brands are represented, For a minority interest like Hi Fi dealers are few and far between. Add to that the high import duties on “luxury goods” and it becomes very difficult to shop around brands.

As with the other brands I considered, I could find a dealer who would import the product , presumably from the US or the UK, but no one had examples in country to be auditioned. So you were literally paying upfront for some one to import a Box sight unseen based purely on spec with little of no refund ability. We don’t have the luxury of Amazon (yet , its been hinted for years now) with a friendly returns policy. We do have the equivalent in Take A Lot but they are normally a front for a HiFi dealer so returns are equally difficult

ZMF is the same . The main headphone brands available to see and hear are Sennheiser , JBL , Bose and B&O but none of these interested me except Sennheiser. I have been a Sennheiser user or the last 20 years probably from lack of choice.

Enough of the sob story.

I had in fact read that but be honest I was more confused at the end than when I started I still remain to be convinced on tech numbers over listening quality. I also read many reviews that said the opposite .

What do you do , my post above describes the situation is South Africa, trying to find a dealer to demo is near on impossible.

My experience with “burn in” also makes me wonder what you get auditioning a device straight from the box which is probably what you would get.

Given my requirements of a compact system just for headphones it fitted the bill and more importantly it seems to have produced a step up in SQ. Yep I am happy I made the right decision.