I encountered a problem which I’ve never seen before. I am not sure if it is Linn-related but I never experienced this issue with any of my other network streamers, so I decided to post it here.

I am using a Linn Akurate DS with the latest (non-beta) firmware. Roon core (Debian) and all remotes (mostly Android devices) are updated to the latest version. Both the Roon core and the Linn device are using wired LAN links. The IP address of the Roon core is a fixed IP - the Linn streamer gets a dynamic IP (DHCP pool). In my setup there are various Sonos devices and a Raspberry Pi based device. On those devices I never experienced this kind of behaviour. 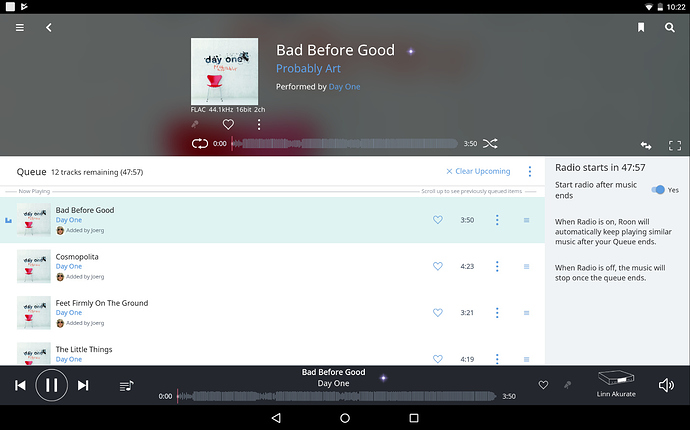 What I found out so far:

I am using the Linn integration since day 1 of its release and never had this issue before.

Any help would be apprechiated.

Thanks for sharing your report with us, @papa.jay!

So we can have a better idea of what you’re experiencing, may I ask that you please describe your network configuration/topology, including any networking hardware currently in use, so we can have a clear understanding of how your devices are communicating.

Just to confirm, playback is not occurring here, correct? Or is it occurring but there’s just no visual indication on the remote?

Are there any patterns to this behavior that you’ve noticed? Does it seem to happen with specific types of content (TIDAL vs local, certain file types, etc.)?

When did you first start noticing this behavior occur? Were there any setup changes around that time, or were any apps that utilize the network (VoIP, AV, etc.) introduced?

thanks for the fast reply. I’ll answer those questions first:

Just to confirm, playback is not occurring here, correct? Or is it occurring but there’s just no visual indication on the remote?

Playback is occurring, but there’s no visual indication on the remote. Playback is faultless (no dropouts, no stuttering).

Are there any patterns to this behavior that you’ve noticed? Does it seem to happen with specific types of content (TIDAL vs local, certain file types, etc.)?

I only use local files, stored on a QNAP NAS. 99% of my collection are FLAC files. The albums which have been played while the problem occured were all FLAC files (16bit/44kHz).

When did you first start noticing this behavior occur? Were there any setup changes around that time, or were any apps that utilize the network (VoIP, AV, etc.) introduced?

My setup didn’t change around that time. The last software update was the last Roon build (but I had plenty of listening sessions without any problems since then). No recent firmware upgrades on the Linn unit, nor on the NAS or on any of the network equipment. 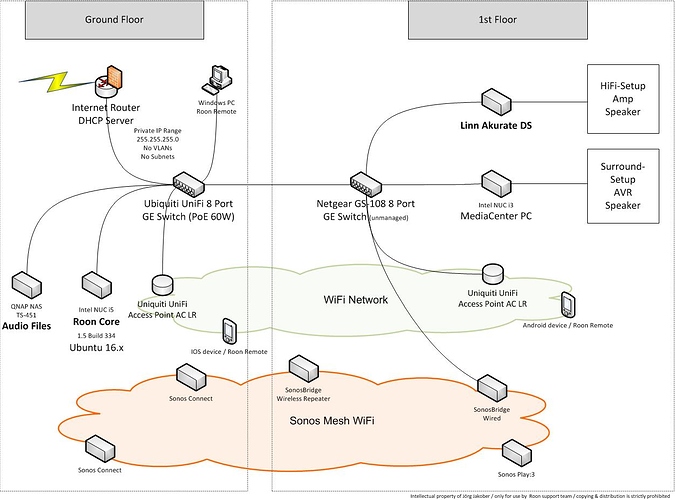