Linux users - What do you use for remote?

So, I finally gave in and signed up for a trial and installed core on one of the servers in the basement and imported my library and integrated with my Tidal account.

First impressions, it’s awesome. The radio and abilities to browse the library are just unparalleled to what I have tried in the past.

Just one downside… I only run Linux and *BSD on my laptops/workstations. Using my android phone as remote is not doing it for me. And bloating my desktops with wine is not an option either.

Is there a decent solution for a remote on Linux out there? a simple CLI would be nice. I will buy a cheap tablet to use as a dedicated remote for now and see how that works out.

In the meantime while working it’s back to mpd + ncmpcpp on my desktop and use roon on the listening room and living room outputs.

I use an ipad as a remote with my Ubuntu server. You really can’t beat it.

As Paul menitoned, a tablet will get you the same interface as a desktop. The phone UI does not have all the options.

I use a second hand iPad Pro 9.7. You dilemma is the same as every ROCK and Nucleus user so you are not alone. A good 9-10 inch tablet is essential.

Thanks for the replies. I will pull the trigger on a tablet to use as a remote then.

Arch Linux user here. No reason not to install wine, it works and it doesn’t affect any aspect of your OS other than when running Roon.

Maybe having to install the multilib stuff is a downside

I just bought a iPad on sale from costco for $249 to serve as just a remote and it works awesome.

Mostly – should you need one of the unsupported/missing features you still need a desktop (PC/Mac) version of Roon.

It was my believe that the mobile builds for tablets (landscape GUI) are complete controls for Roon, offering all the features and options the desktop builds have, but lately I discovered the missing cog wheels in the about screen to configure the update policy for Roon. Missing option to set the update policy Desktop Roon [grafik] Mobile Roon (Android) [grafik] I’m fully aware of the fact that this option is not needed for the mobile clients as they get their updates from their respective…

I’ve been a Roon subscriber for many years and of late have been considering my options, primarily due to the client issue as I’m a Linux desktop user.

My requirement is listening to as good quality of music as I can achieve with a fairly modest setup. This is a variety of usb dacs, Raspberry Pi + DAC Hat and a few Sonos endpoints. My primary requirement is streaming Qobuz.

I’d probably put myself in the tech hobbyist camp and enjoy tinkering with software and electronics. The former I used to write commercially.

The Roon desktop/applications is very functionally rich and I enjoy many of the aggregation features and in particular the ‘Radio’ feature (playing similar tracks). However, as a Linux desktop user I have the run the app in an Android emulator which is not ideal. Over time this has made me question my subscription. Having a web-player would likely address this. I run RoonCore in a Linux VM.

So, very simply here’s my daisy chained alternative. Perhaps only of interest to fellow hobbyists but thought I’d share.

Renderer=Rapberry-PI+DAC, OS RuneAudio as UPNP to valve amp, etc.
Middle layer: Linux PulseAudio-UPNP
Front-end: whatever I want to run so can be e.g. BubbleUPNP, Qobuz web-player, etc all routed via Pulse-DLNA and ethernet to the Renderer.

Lacks many of the features of Roon but I don’t need to run an emulator (well at least for the web-player). However, Qobuz do a reasonable job.

Renderer=Sonos end-point
Front-end: BubbleUPNP, Sonos App. This scenario IMO is my weakest and relies on selecting known music rather than suggestions. Not a big issue for me, so a nice to have.

Renderer: Laptop or phone in to USB DAC and Headphones
Front-end: Web-player or on the off chance I boot into Windows the app. The first scenario is my main given the amount of time I spend in the home office.

So, this is simply a post sharing my experience. There’s no denying Roon offers many features, but for me many aren’t required. By using existing components I can build an end to end solution that satisfies most of my needs. I’ll continue to explore and will remain a subscriber for the moment, but I do use Roon less and less now. If only they had an decent web-player…

I am amazed why Linux people do not take this free luxury. 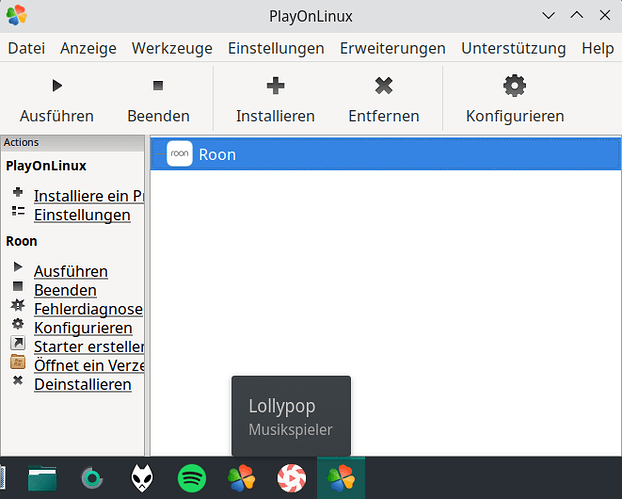 It also goes on PlayOnLinux, but the Linux beginner does not need any special knowledge or experience from the 90s, which may really not have been so exhilarating. Those who live from the disadvantageous memory still live worse today.

However, the server should be pre-run first, so that the GUI gets into the calm and stable waters. At the moment, however, there are problems on all remotes and even the server does not communicate successfully with the infrastructure it is attached to on weekends. Many customer reports need a steady and tidy hand.

In the meantime, Linux users can have a look around the beautiful world there, but remember, nothing is perfect. Lollypop is similarly fancy imagery, easier to find images and text, fast search…everything matching the system language, round rotating or angular album covers… 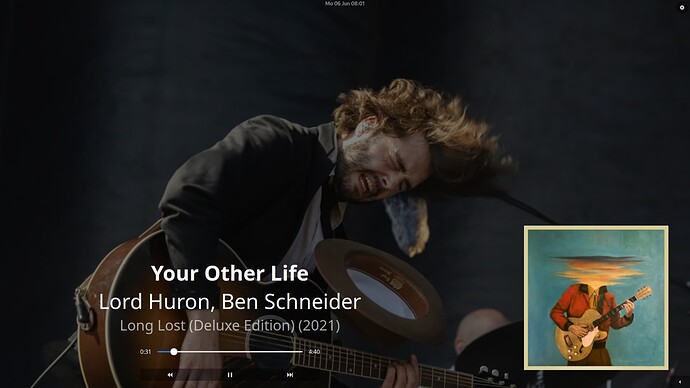 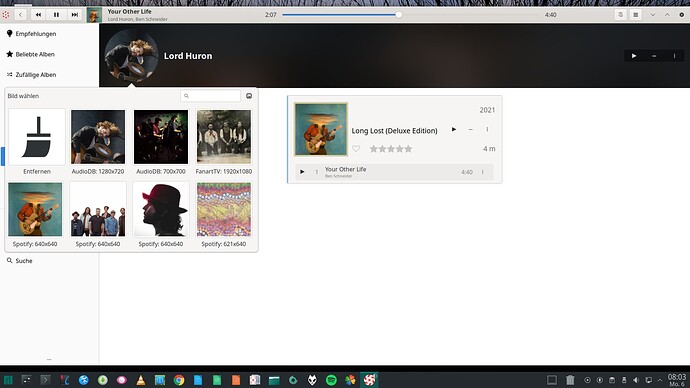 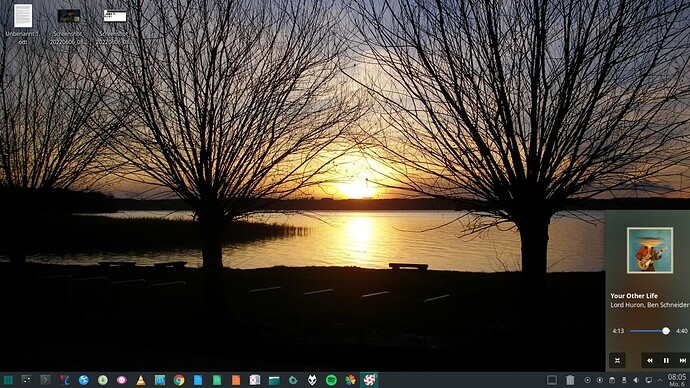 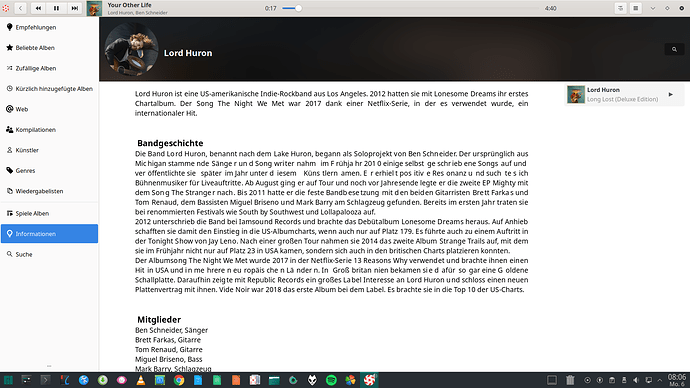 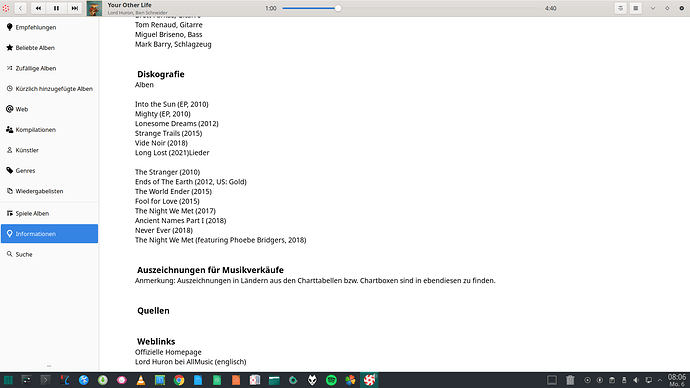 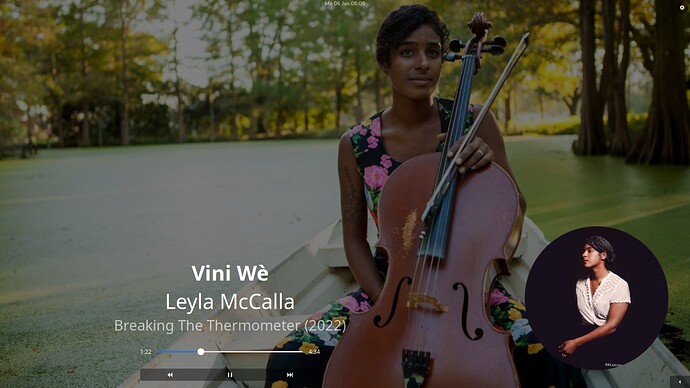 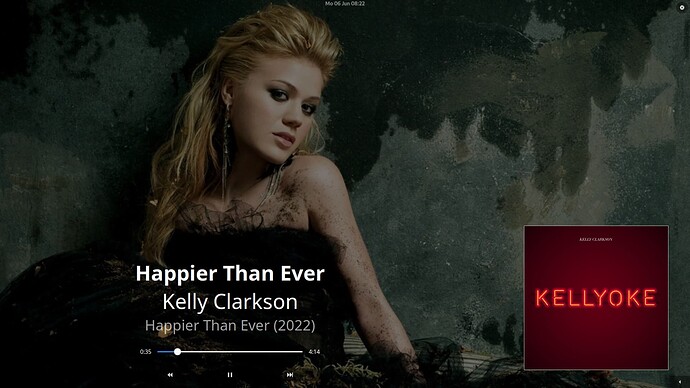 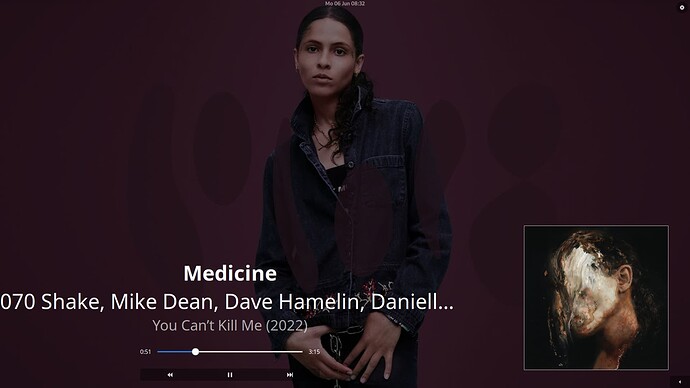 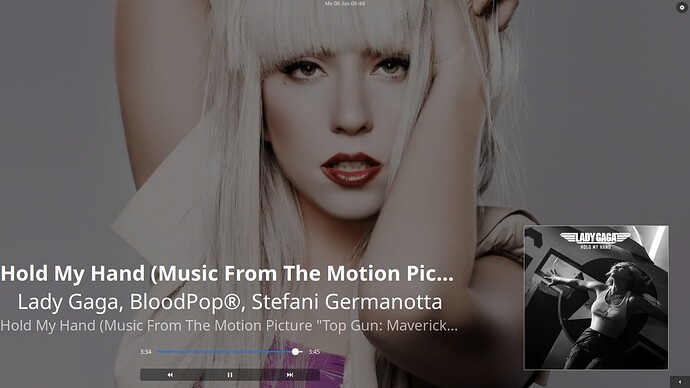 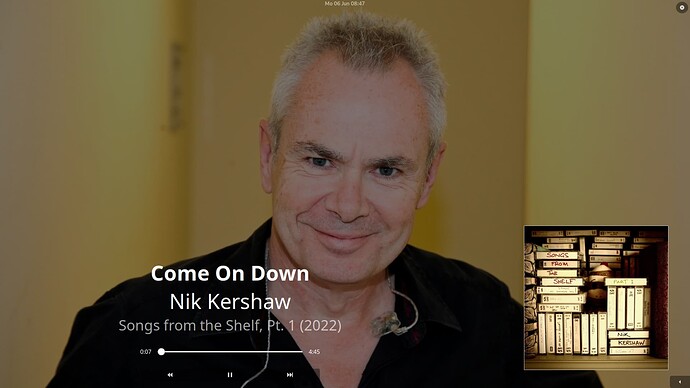 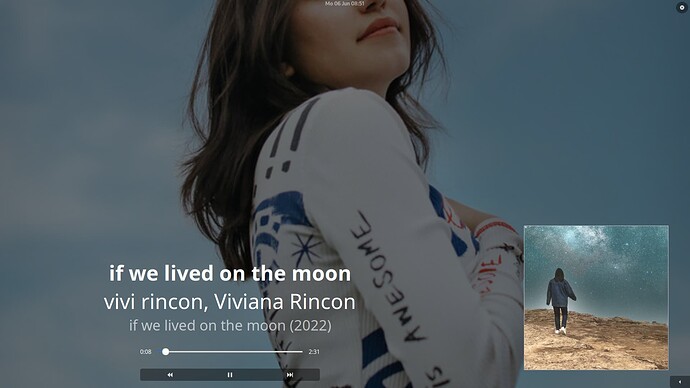 …but also here texts or heads are cut off, no huge libraries are managed and to complain we have something everywhere.

Listen to music, read the lyrics, take nice pictures and be happy

Same reason Roon’s desktop clients are of little value … when I’m listening to music I don’t want to be tethered to my desk.

Same reason Roon’s desktop clients are of little value … when I’m listening to music I don’t want to be tethered to my desk.

I haven’t made it to audiophile (yet) (my old ears are probably the main reason) and am well supplied with music on the go. Mobile I do not need the full Roon experience.

The added value comes for me in the living room on the sofa with DAC, amplifier, notebook with the largest possible matte screen, studio headphones instead of earplugs, high internet speed instead of wireless hole, huge collection and a very content-rich journey of discovery in pictures and text.

I don’t even touch a tablet or phone as a remote control. It is installed there yes, but it is really rarely used with me. I try out what works, but then I really use what’s best for me.

It could also be a generational issue. Old man is no longer sporty and mobile remains the prejudice.