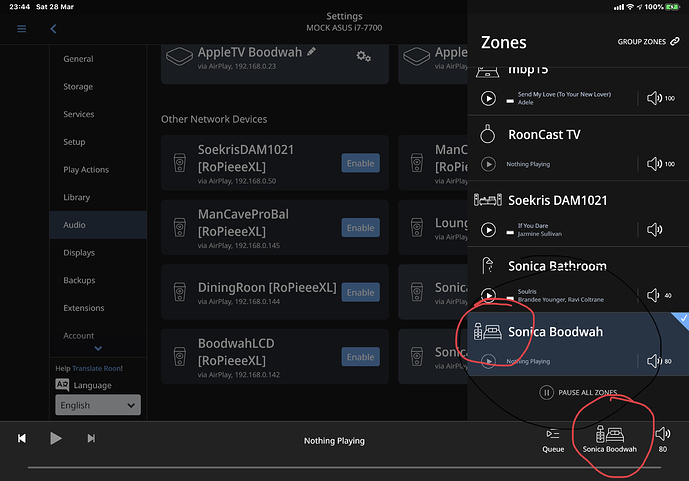 In the lists hidden behind 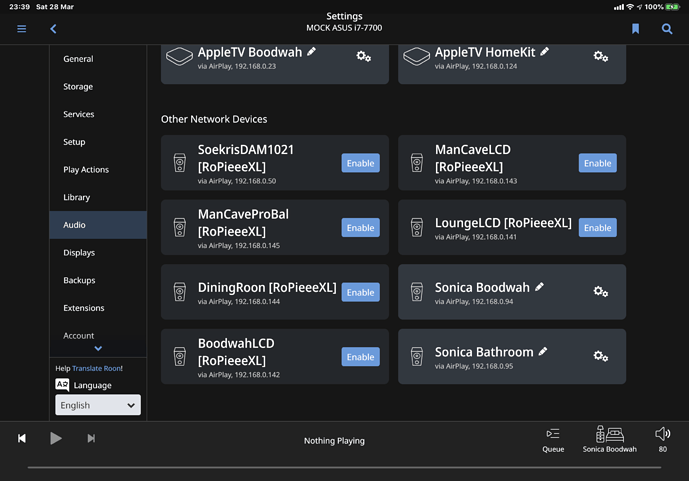 In Settings|Audio one can see and manage its audio devices. If there is a device icon for a given device it will be shown here too.

Zones can be managed from the zones list or the current zone, both are shown in your first picture (click on the respective loudspeaker symbol to do so).

I’m not sure I understand. The first image shows zone icons and the second device icons, but I don’t think zone icons are mean’t to be displayed here.

Maybe it’s just not designed to show that way, but be nice if it did.

I checked with the team and confirmed that this is currently the expected behavior. The feedback is appreciated, though, and has been sent along to the team!