I just purchased an DSD album of Bruce Springsteens live concert in Oslo, Norway. But it separates the album into four albums. I have tried for a while to get them into one album with no success. I have tried to rename the filenames, idendify album.

Could anybody help me? 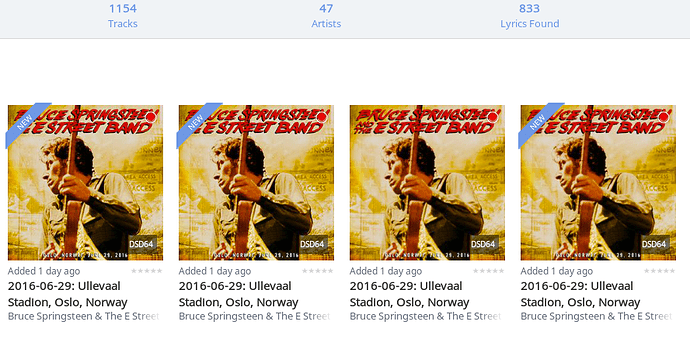 Check out the section on Track Grouping here:

Thanks! Was a little hard for me to understand how to merge albums, but it worked!