Live and normal version of albums under same name in Tidal and Library?

This is strange. Local library version of Frank Zappa’s The Grand Wazoo (added via Tidal app) is the studio-version. When clicking in versions on “View in Tidal” i get the same album only with a lot of extra tracks. Sounds like a live version or something?

When adding the album via Roon i get this live version, but when adding via Tidal app i get the studio version (the one it’s supposed to be).

This is the version added with Tidal app: 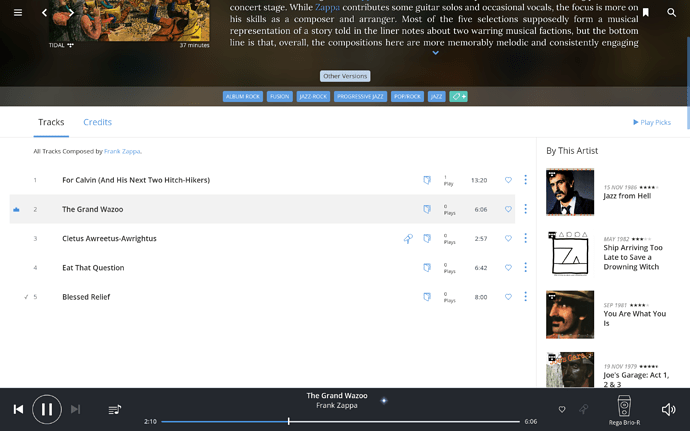 This is the version added with Roon (and when selecting “View on Tidal” with the other one): 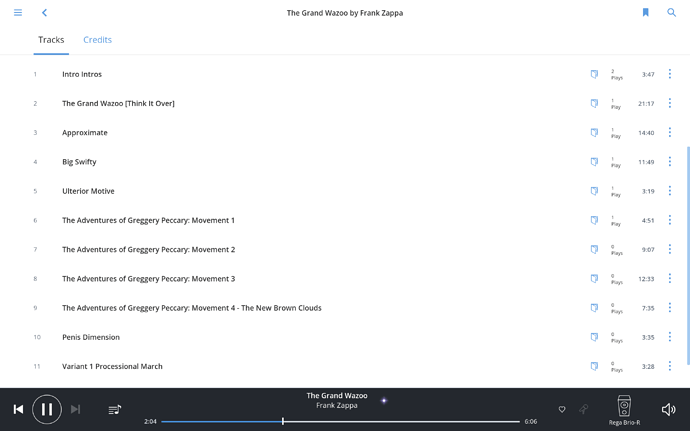 Although I also like the live version (never heard it before), this is not ideal…

Also on the studio version, the the titles of the first two tracks are mixed up (see Discogs)!

Apparently it’s mixed up with the Wazoo album…

Apparently it’s mixed up with the Wazoo album…

Frank keeps you smiling, no doubt.