I’m having small issues trying to tag albums as live or compilations. Despite checking the correct option in the album editor, albums still show as “Main Album” in the artist view. What do I do wrong?

Many thanks in advance,
Chris 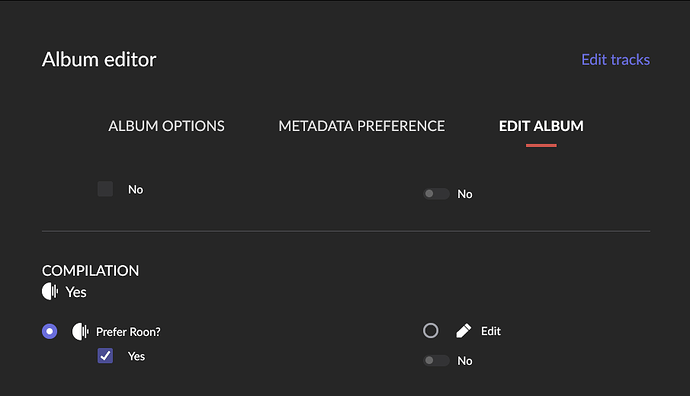 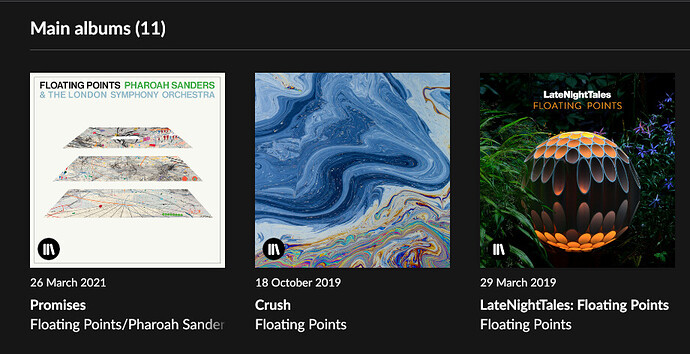 Hi @Christopher_Martin2 and welcome to the forum.

ALBUM TYPE [Main|Single|ExtendedPlay|Soundtrack|Other], LIVE [Yes|No] and COMPILATION [Yes|No] are three distinct options and changing one does not affect the others. This is expected behavior AFAIK. You can read more about Roon’s metadata model in:

Introduction This document is meant to serve as a technical reference to Roon's metadata model. Roon models your metadata in an object graph. This means that there are a set of objects--such as albums, tracks, performers, performances,...

Hi @BlackJack, many thanks for the answer! I’m not quite sure to understand your point though, in my case, this “Late Night Tales” album is Categorized as “Compilation” as I showed on my first post, but still appears in “Main Albums”. Is it the behaviour it is supposed to produced or am I missing something to have the album showed as “Compilation”?

The compilation section is meant for appearances on “Various Artists” albums (disco sampler and the likes). It seems to me that this is not the case for this album: To me it looks like all is as can be expected for this album.

Yep it’s a main release not a compilation.